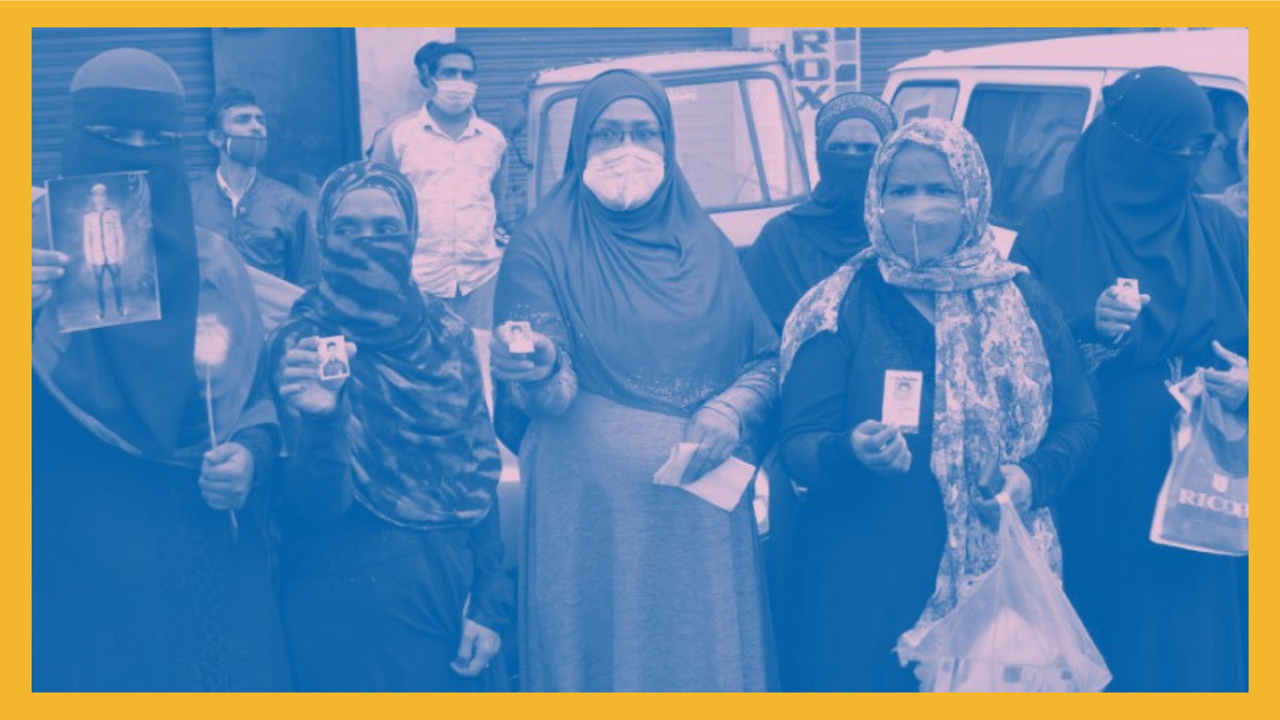 A report titled ‘Communalising Violence in DJ Halli’, released by a fact-finding team comprising civil society groups, noted that almost everyone they met during their field visits to the affected areas believed that innocent bystanders had been arrested post the violence on August 11.

The report quoted one of the Modi Masjid committee members as saying, “Local people were walking from the bus stop to their homes. They stopped to see what was going on. And now they have been caught. The most vulnerable people who were walking on the streets have been caught as culprits.”

The report states that, in none of the arrests, the police have explained why the men were being arrested and for what charges. After the men were taken away, families were not informed about the whereabouts of the men. Most often women would visit the police station to get information about where their family members were. This is because the men were afraid to go to the police station for fear of being picked up. The women would be chased away and sometimes even beaten. Police resorted to derogatory language, saying that the women were ‘doing drama’.

Zafrulla Layout in Nagawara was one of the places the police raided on the night of August 11. People in one of the streets of the layout reported to the fact-finding team that on August 11 at around 3.30 am, about 100-150 policemen entered the lane with three vans. Over two hours, the police forced their way into people’s homes and picked up a total of 30–35 men from among a cluster of 40-45 houses. The people reported that the police banged on doors and broke windowpanes and if the door was not opened, they even broke open doors and barged into the homes. The women reported that they opened cupboards and bathrooms looking for anyone who might be hiding. They even opened small cabinets. “Who could be hiding in these small spaces? What were they looking for?” one woman asked. They picked up anyone younger than 35 years and took them away. In one of the houses, the police even vandalised the kitchen.

One of the women whose family member was picked up said, “We did not know about the incident (in D.J. Halli and K.G. Halli) until we woke up the next morning. When they took him away, we do not even know why he was being taken.” Several of the women reported, “We are afraid even now. We stay awake during the night and sleep in the early hours of the morning”.

The report added that according to the remand application, the people were found “with sticks and stones in their hands, had formed an unlawful assembly on Zafrulla Layout main road. They pelted stones at us and tried to run away, but the police team chased them and caught 10 of them”. It elucidated that there is a difference in what the people reported and police narrative of the situation as regards the manner in which the arrests took place; the timing of arrests; number of people arrested. There is no mention or explanation of the broken doors and windows for which people have presented evidence.

The fact-finding team has learnt that 400-500 people have been arrested across the 68 criminal cases registered in the D.J. Halli and K.G. Halli police stations. They met families of those who have been arrested in D.J. Halli, K.G. Halli and other areas including Nagawara with the objective to know if the arrests were made as per procedures mandated and to understand the experiences of the family.