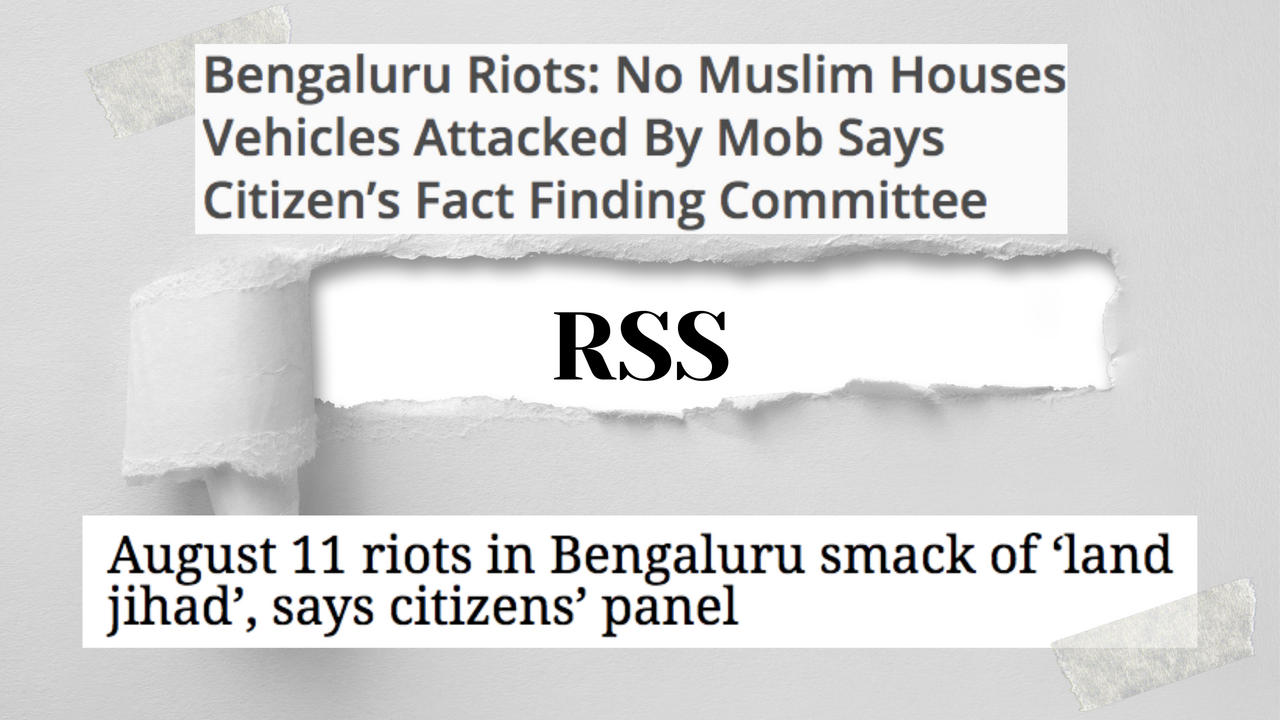 The fact-finding report submitted to Karnataka Chief Minister BS Yediyurappa last week by the government-appointed ‘Citizens for Democracy’, which claimed that the recent violence in Bengaluru was “pre-planned and organised” and it was “communally motivated,” has links to the Rashtriya Swayamsevak Sangh (RSS).

‘Citizens for Democracy’ (CFD), the group which claims to be a platform of responsible citizens committed to democratic values, safety and security of the citizens of India and includes former IAS and IFS officers in its ranks in its report had claimed that the violence that broke out on August 11 this year in DJ Halli and KG Halli hints at a “land jihad” by Muslims against Hindus.

“Such incidents attempt to shake the solidarity of Bengaluru citizens. The motive of the riots could be fear-mongering so as to change the demography and turn the locality into a Muslim-majority area,” the report had claimed.

The report was released on September 4 and was carried out by multiple media publications and TV channels. The news reports did not specify that ‘Citizens for Democracy’ was a government-appointed committee and instead said that it was an independent civil society group.

The committee, headed by retired district judge Srikanth D. Babaladi and comprising senior bureaucrats, advocates, social workers and journalists, submitted a report to Chief Minister B.S. Yediyurappa, where it has stated the riots were pre-planned, organised and qualifies to be a “riot against the state”.

The committee, it turns out, is linked to the RSS.

The address of the collective – No. 106, 5th main, Chamarajpete, Bengaluru – mentioned in the report is listed as the address of the office of the Kannada magazine Vikrama Weekly, a publication of the RSS, The News Minute reported.

When The Cognate contacted CFD for its comments on its links to the RSS, they said they don’t want to make a comment on it.

“We do not want to comment on such reports. The topic here is about the findings and recommendations of the committee, not about the address of CFD. Discussing on such things is just a deviation from the main topics highlighted in the report,” they responded.