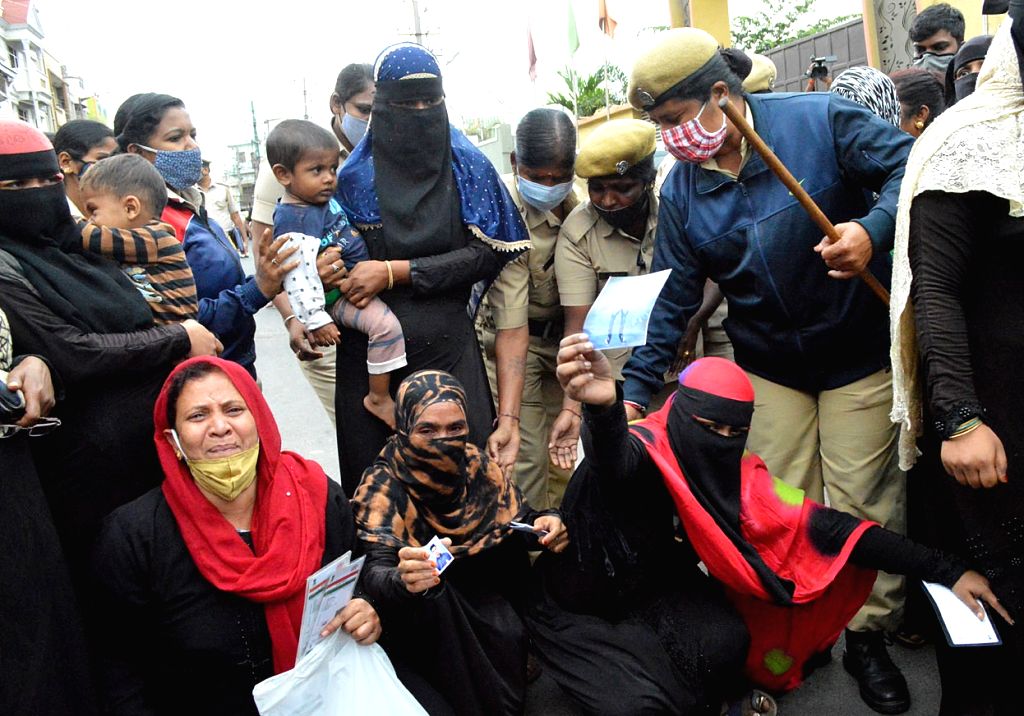 In a complete u-turn and to the disappointment of many, Ulama associated with the Karnataka Muslim Muttahida Mahaz (KMMM), an umbrella organisation of Muslim organisations have withdrawn the bandh, they had called to challenge the imposition of the draconian Unlawful Activities Prevention Act (UAPA) over the accused in the Bengaluru violence case and in support of the innocents who have been jailed.

KMMM had appealed for a peaceful bandh and said that businesses and shops owned by Muslims will remain closed till 5 pm on January 22. However, on Tuesday, the organisation said that it is withdrawing the bandh.

Maulana Iftikhar Qasmi of KMMM in a press conference on Tuesday said that after the Ulama’s call for bandh, one accused in the case had been granted bail, and eleven more accused’s bail application had been accepted. Taking unfounded credit of the development, he said since the process of releasing the accused had started, there was no need for a bandh.

However, sources close to The Cognate say the bandh was called off, due to the discord between different factions of Ulama in Bengaluru.

Hours before the bandh was withdrawn, Maulana Muzammil, a prominent Islamic scholar organised a contradicting press conference saying that, unlike what has been said by KMMM, most of the Ulama in Bengaluru had not given their consent for the bandh called, although Maulana Muzammil is himself part of the organisation.

Massive protests and violence erupted on 11 August, after angry Muslim mobs incensed over a Facebook post insulting the Prophet Muhammad (peace be upon him) and the lack of police complicity in filing an FIR, resorted to arson. The incident resulted in the death of four young Muslim men in police firing and the arrests of hundreds of others. The derogatory post was posted on Facebook by Congress MLA Akhanda Srinivasa Murthy’s nephew.

In all, 62 accused have been granted bail in the case so far, but none of them is under UAPA.

A fact-finding report probing the incident had noted that almost everyone they met during their field visits to the affected areas believed that innocent bystanders had been arrested. “In none of the arrests, the police have explained why the men were being arrested and for what charges,” the report said.