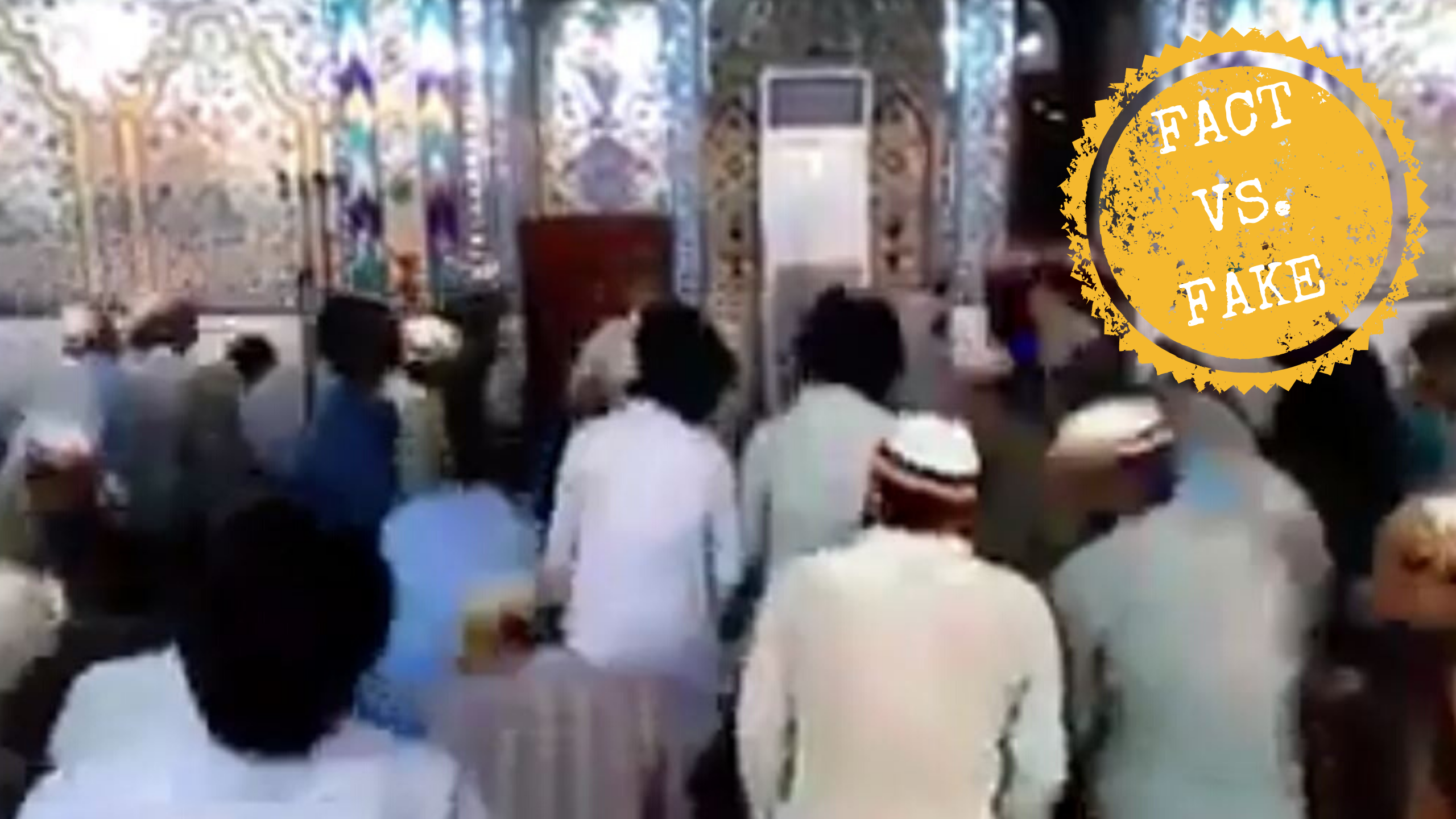 A video is being widely shared on social media with some claiming that a mass sneezing was held at the Hazrat Nizamuddin mosque in Delhi, while others attributing the act to the Tablighi Jamaat to spread Coronavirus in India. The video was also broadcast by some Kannada TV channels, with a similar claim.

The video was shared by one Laxman Kumar on Facebook, with the following comment, “Purposefully sneezing in mosque to spread virus In Hazrat Nizamuddin mosque in Delhi Courtesy WhatsApp (sic).”

The same video has also been shared widely on Twitter with various xenophoic hastags blaming the Tablighi Jamaat and Muslims in general for the spread of the virus in India. One such user shared the video with the following comment, “#NizamuddinIdiots Finally from R&D of mullas discovered sol for Corona…#CoronaJihad#NizamuddinMarkaj #TablighiJamaat (sic)”.

The Cognate’s Fact Vs. Fake has found the claim along with the video to be misleading and outright obnoxious. The video has been in circulation for many months, and has nothing to do with coronavirus, the Nizamuddin Mosque, Nizamuddin Dargah or Markaz Nizamuddin in Delhi.

The video was uploaded by various Pakistan origin social media handles, much before the first coronavirus case in India was reported on January 30.

We found that one YouTube channel from Pakistan and another Facebook user uploaded the video on January 29, much before the Tablighi congregation.

Although we could not trace the origin of the video, but the whirling and headbanging trance showed in the clip, is a ritual practised by a branch of Sufi school among Muslims.

The Tablighi Jamaat, far from performing the ritual, condemns it as an innovative practice.