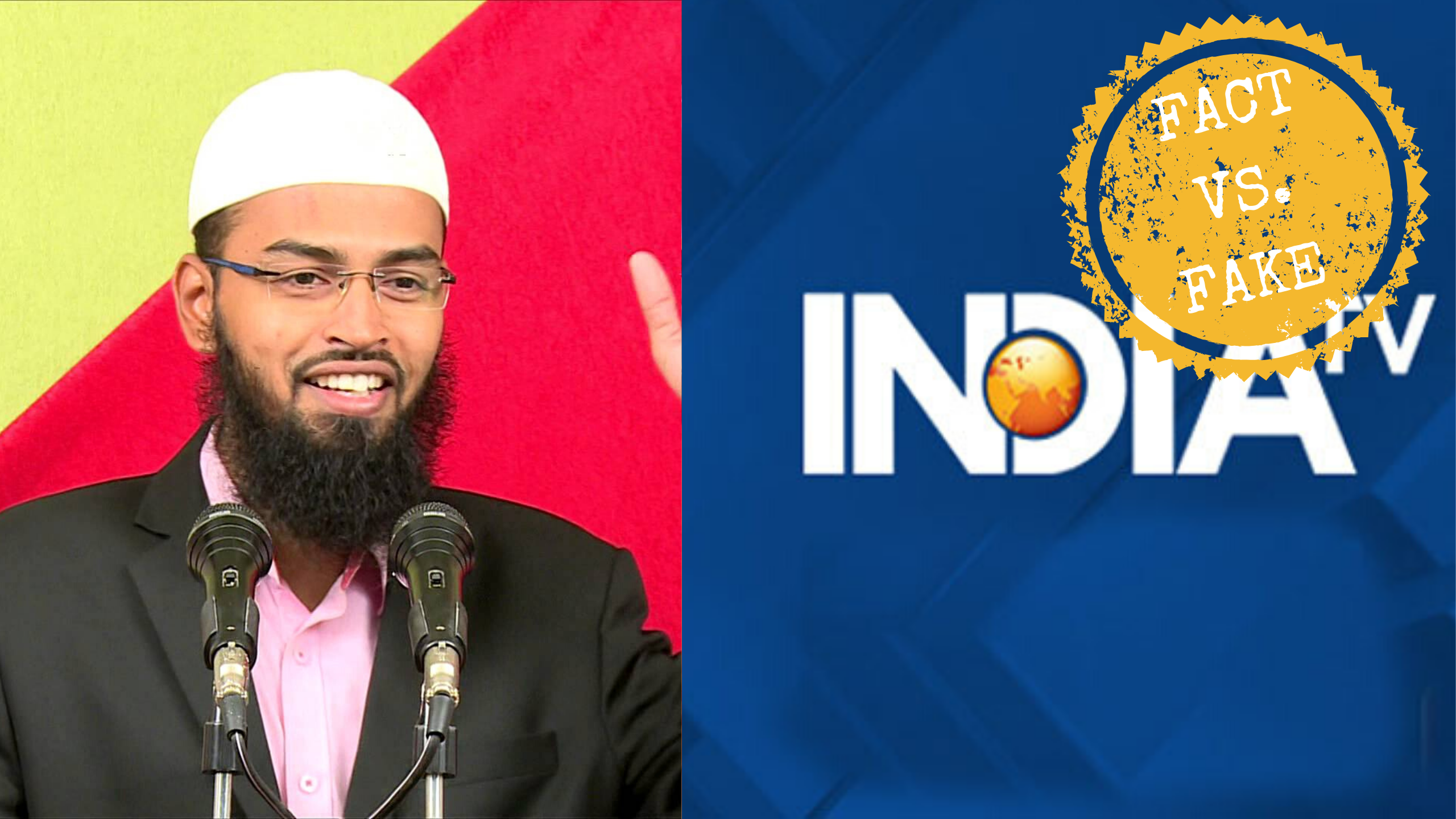 India TV news channel, in a report aired on April 11 has made a claim that well-known Islamic speaker Adv Faiz Syed is the person who “inspired” Tablighi Jamaat members to allegedly spit on people to spread the coronavirus in the country.

In its report, the channel aired a video of Adv Faiz Syed, in which the speaker is quoting a hadith (Sayings of the Prophet Muhammad) of reading a chapter of the Qur’an and spitting three times when one has doubts about Allah’s existence. The channel claimed that it is this hadith and these videos of the speaker, that has allegedly inspired the members of Tablighi Jamaat to allegedly spit on people and spread the disease.

Adv Faiz Syed is a well-known Islamic speaker and an advocate. He is the founder and president of the Aurangabad-based Islamic Research Centre (IRC). The Cognate’s Fact Vs. Fake team did a basic check to search when Adv Faiz’s video was published and the hadith he has quoted.

Our search led to this video of his, which was published on his official YouTube channel on Oct 25, 2017. That is almost three years ago.

What is the Hadith about, and does it asks people to spit to spread diseases?

In this video, Adv Faiz Syed is quoting a hadith of the Prophet Muhammad, in which he says to his companions that a time will come when believers will be confronted with questions about Allah’s origins. He says when this happens, say: “Say Allah is one. Allah is He to Whom men repair. He has not begotten and He has not been begotten, and no one is equal to Him. Then one should spit three times on his left side and seek refuge in Allah from Satan.”

He then quotes another hadith to ward off the whispers of Shaitan (Satan) to avoid distractions during prayers. This hadith also talks about spitting three times.

Both the hadiths quoted by Adv Faiz are referring to spitting three times to ward off evil doubts and distractions.

The report by India TV is not only false and malicious but it also spreads false and hateful propaganda against the Prophet Muhammad and his sayings, with a deliberate intention of inciting communal hatred.

What did the Prophet Muhammad say about pandemics?

Contrary to the false propaganda aired by India TV against him, the Prophet Muhammad said, “If you hear of an outbreak of plague in a land, do not enter it; but if the plague outbreaks out in a place while you are in it, do not leave that place.”

He also said: “Those with contagious diseases should be kept away from those who are healthy.”

Deliberately missed out by India TV, Adv Faiz Syed has also published a video on this topic on his YouTUbe channel on April 10, where he says that “it is sinful on the part of a person who has COVID-19 and then it is spread due to his irresponsibility”. His video was published a day before India TV’s false report was published.

The Centre on Tuesday submitted to the Delhi High Court that the Nizamuddin Markaz mosque in Delhi could not be opened for prayers during Ramadan, on...

The Cognate News Desk21 hours ago