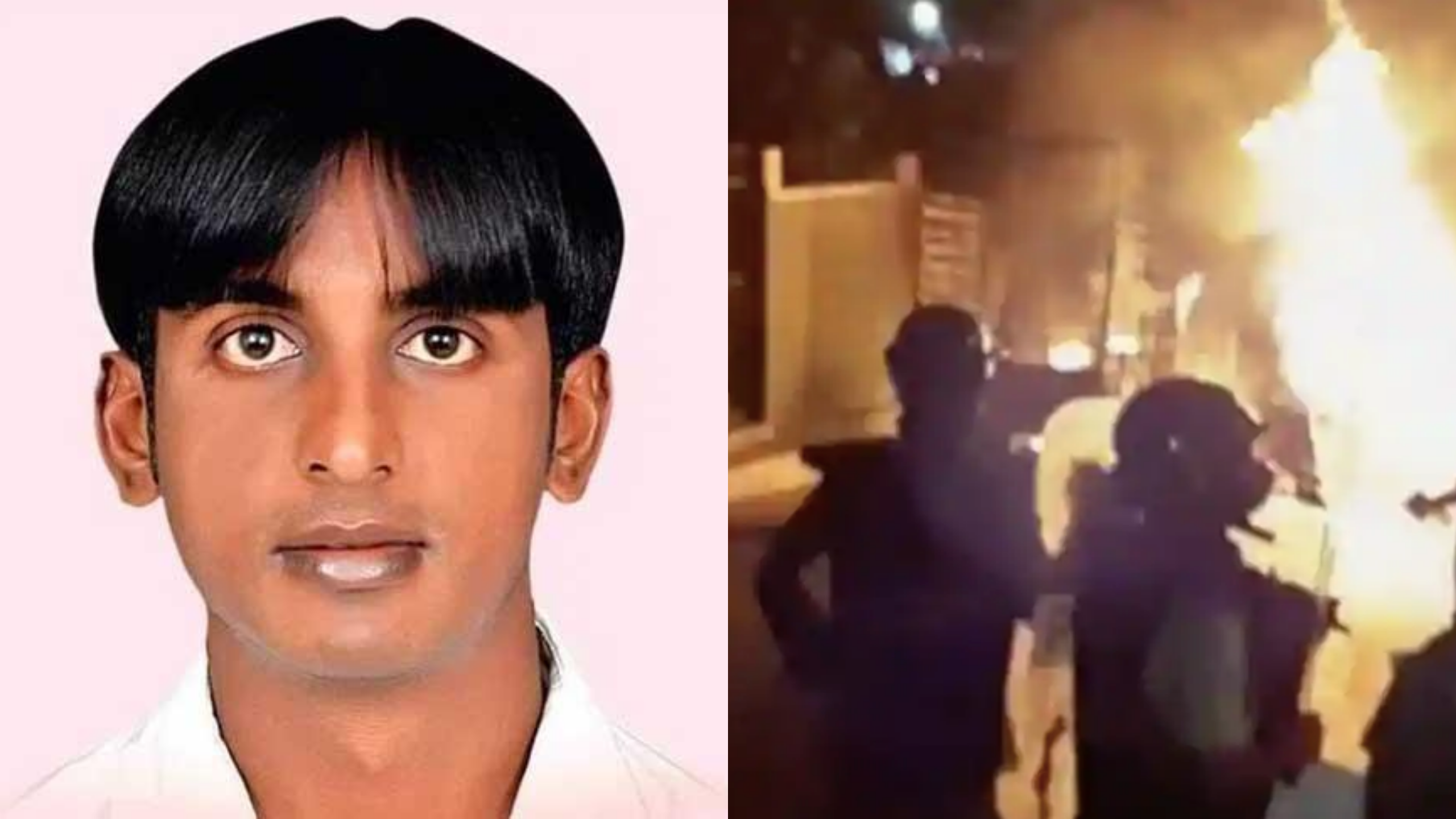 P Naveen, whose incendiary post insulting the Prophet Muhammad, triggered massive violence in Bangalore’s DJ Halli and neighbouring areas on Tuesday has confessed to having made the post himself. He had earlier said that his Facebook account was hacked.

Massive protests and violence were witnessed on Tuesday evening, after angry mobs incensed over the Facebook post insulting the Prophet Muhammad (SAWS) unleashed violence and mayhem, resulting in the killing of three young men in police firing and the arrests of hundreds of others. The derogatory post was posted on Facebook by Congress MLA Akhanda Srinivasa Murthy’s nephew.

Naveen is said has a history of provoking communal sentiments. He posted abusive content about the Padarayanapura incident and was stoking sentiments by commenting on the Babri Masjid and Ram Temple issue.

Though the MLA was targeted by the mob over Naveen’s derogatory post, the Congress legislator has denied having any links with his nephew. “It has been 10 years since we severed our relationship with him due to his poor conduct,” he told the media.

Section 144 has been imposed in the areas of DJ Halli and KG Halli with heavy police presence. The police have also filed 10 FIRs against unidentified protesters and over 145 people have been arrested so far.