UAE's Biggest Islamic Legal Overhaul: What Was It Really About?
Advertisement https://pagead2.googlesyndication.com/pagead/js/adsbygoogle.js 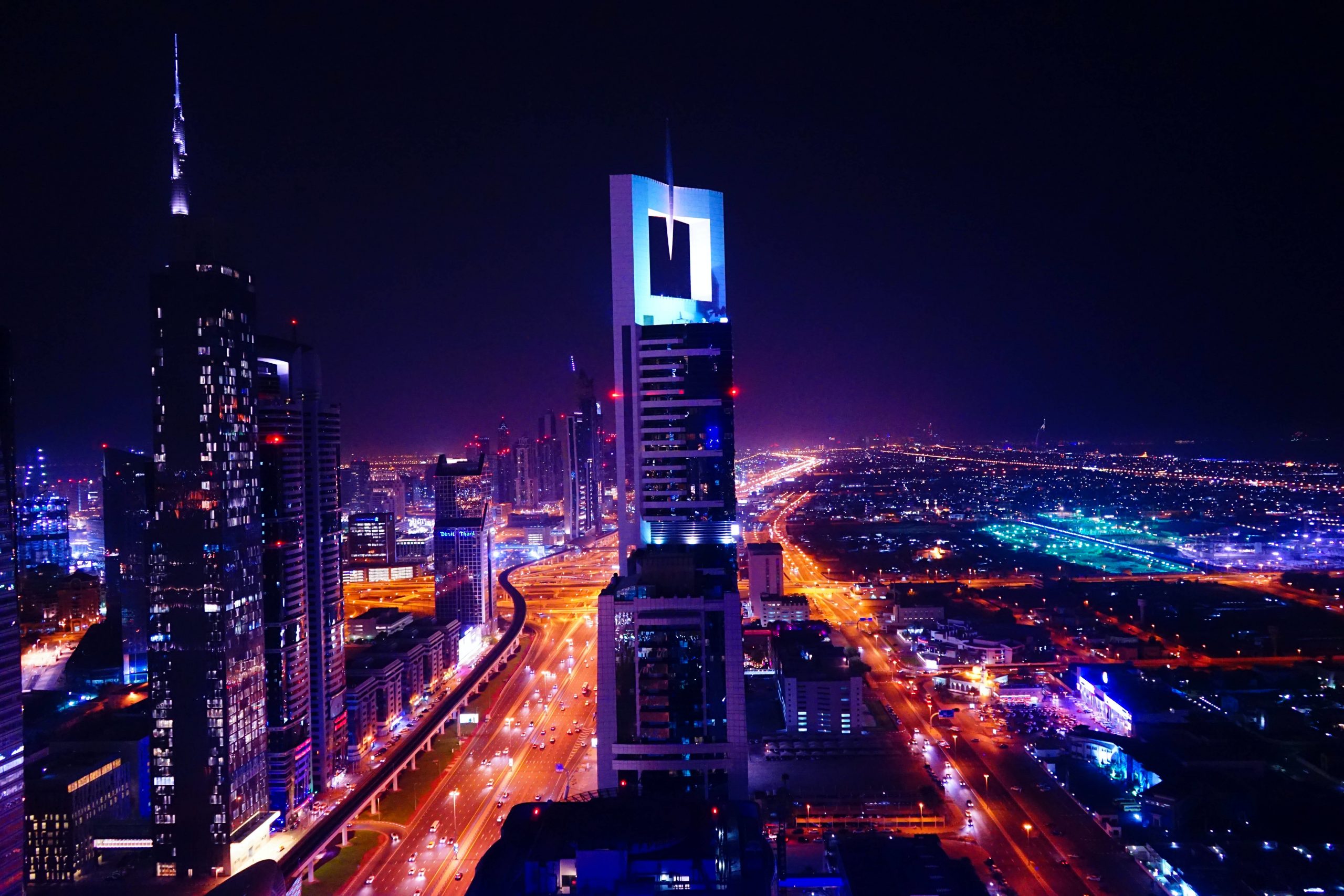 The United Arab Emirates’ (UAE) official announcements on a series of legal reforms on personal freedoms including lifting restrictions on alcohol, allowing cohabitation between unmarried couples, imposing stricter punishments for ‘honour killings’ was regarded as a significant step towards becoming a progressive regime in the region.

The state-run news agency announced earlier in November 2020 that the President HH Sheikh Khalifa bin Zayed Al Nahyan approved of amendments to personal status, civil transactions, penal code and criminal procedural laws to ‘entrench principles of tolerance’ as the socially conservative monarchy – which is also home to over 190 nationalities – continues to demonstrate an environment attractive for skills and talents from across the world.

Over the years, the prospering Gulf state driven by the diversified economy has led the Gulf economies in ease of doing business global rankings making it a world-class investment and entrepreneurship destination.

However, the Emirate, which for long has vied for foreign wealth faces double blow due to Covid-19 and low oil prices. Also, the official announcements on relaxing local laws come only weeks after the Gulf state enters into four agreements on visa exemption, aviation, economic cooperation, and protection of investments with Israel.

The state news agency WAM wrote that the decrees aimed to create a legal environment that suited cultural diversity built a competitive and safe social and economic environment. This was soon followed by a global ‘Call for Tolerance’ launched by Sheikh Nahyan bin Mubarak Al Nahyan, the UAE Minister of Tolerance and Coexistence, who stressed on values of coexistence, tolerance, compassion, and peace among all communities around the world.

Was It Really About Shariah Laws?

The Shariah (Islamic law) has been an instrument of the state in the UAE where the government derives its legitimacy from Islam. Although Article 7 of the UAE Constitution provides for Islamic Shariah as its main source of legislation in the Union, it has been subjected to varying juristic interpretations resulting in contradictions and ambiguities within the legal and judicial systems. Although the Shariah is a material source, the Constitutional provisions do not make Shariah injunctions mandatory since it is targeted at the legislature and not at the citizens or the judiciary. Since the Constitutional provisions enable the legislature to intervene and codify its rules, it creates a paradoxical situation.

While on one hand the Shariah law is considered to be a divinely ordained system not depended on human legislations for its authority, its interpretation and recourse to by the legislature, on the other hand, has led to a lasting conundrum between modernists and traditionalists. This ambivalence exists in Constitutions of several Muslim countries, particularly the Gulf countries which divides lawmakers into two groups, namely the Islamists and the Liberals.

While the former argues that the Constitutional provisions elevate Shariah above all other sources of law, the latter opines that the provisions place Shariah on an equal footing with other sources of law; and that any law which conflicts with the Shariah should still be Constitutional. This has resulted in federal courts issuing conflicting judgments in a wide range of issues from banking interest (Riba) offences to Hadd (criminal acts mentioned in Quran & Hadith) offences which include illicit sexual relations and drinking intoxicants. The courts applied Shariah rules to Hadd offences while the commercial matters were exempted from it as it would impact the banking sector and economic development.

This dichotomy in the legal system has resulted in the strife between traditionalism and modernization in the Gulf state. Also, the duality between Shariah and secular laws have not only created ambiguities but also resulted in legal abuse, human rights violations, and increased risks of arbitrary arrests. Under Abu Dhabi and Dubai Alcoholic Drinks Law of 1976 and 1972 respectively, alcohol was allowed if individuals had permits while the rest of the Emirates had a clear ban on alcohol-related acts under Shariah which shows how laws were unevenly applied in the UAE. Also, the UAE has over forty free zones where Shariah is relaxed and leads other  GCC countries when it comes to alcohol consumption.

But in the midst of rising international concerns over more urgent issues including torture of prisoners, abuse of migrant workers, forced disappearances, unfair trials, discrimination against women;  lifting all restrictions on liquor among other selective reforms serve as a convenient tactical tool for the state in promoting a soft image in the international public eye.

In an Arab gulf country where much of its socio-legal system is crafted by the state rather than religion, the recent reforms should be commended, but with closer scrutiny on the status of its human rights. With socially progressive law reforms, albeit circumscribed, the Emirates seeks to build its liberal alter ego self quite distinctive from Saudi Arabia on matters related to tolerance and freedom.

However, the country holds the highest number of prisoners of conscience per capita imprisoned over issues ranging from corruption, unemployment to demand democratic reforms to name a few. The state has been criticized for severe repressive measures on freedom of speech and assembly by building an authoritarian police state where close surveillance on its citizens and ambiguous laws on media censorship has allowed silence government critics with complete impunity.

Although the UAE constitution establishes an independent judiciary, in most cases the court decisions are often reviewed by the political leadership. With cases involving arbitrary arrests or detention of Western expatriates, where non-citizen victims of rape, sexual assault or kidnap are jailed under extramarital sex laws, the UAE justice system has received sharp criticism from international human rights groups. Though the recent slew of reforms decriminalizes cohabitation for unmarried couples, this does not reduce risks of wrongful arrests as seen earlier where touching someone, holding hands in public or even a social media post lead to jail time. Cases of selective enforcement of the law, uneven application of rules, flawed trials, detainee abuse and denial of legal assistance especially involving expatriates reveals its dangerous disregard for rule of law and a flawed justice system.

The recent reforms come as the state faces double blow due to low oil prices and eroding government revenues due to coronavirus pandemic which also postponed the World Expo 2020 that estimated to bring around 25 million visitors. Given a series of infamous incidents where the socially conservative Gulf monarchy has ruffled western expatriates’ feathers in the past, attracting white-collar foreign expertise and investment is feasible only with reforms tailor-made to incorporate their lifestyle in UAE’s diverse social fabric.

As these ‘top-down’ liberal reforms prioritize economic expediency over meaningful rights, it remains to be seen whether these laws will fairly and equally be applied to everyone including the blue-collar workers who constitute overwhelming part of the UAE workforce. The influx of migrant workers in the region for mega construction projects also raises concerns over their living conditions and employment vulnerabilities owing to UAE’s current labour system. The US State Department in a report recently noted that the Emirati labour law and sponsorship reforms excluded domestic or private-sector workers and exploited practices like forced labour, non-payment of wages, passport retention or failure to meet contractual agreements against migrant workers remained.

The state’s painstaking efforts to create a tolerant and socially progressive image that prioritizes personal freedoms would not take the risk to even provide lip service for labour reforms. Since the citizens enjoy greater social status and economic concessions from rentier economies in the Gulf, any reforms in the labour system as per international labour conventions will be seen as a threat to elusive privileges and status enjoyed by their citizens in a traditionally stratified society.

Despite top-down reforms on women laws, social barriers, stigma, and deep-rooted patriarchal structures in male-dominated leadership have stymied measures to reduce domestic abuse and discrimination against women. UAE’s aspirations to be the epitome of tolerance, co-existence, and dialogue also comes at a time when it is accused of torture and war crimes against civilians in neighbouring Arab Gulf state, Yemen. To the casual eye, the recent reforms may seem like a significant step towards broadening personal freedoms within the state, but a holistic analysis reveals just another diversionary tactic by the state turning a blind eye to more urgent matters at hand.

With rising international scrutiny and criticisms over the status of UAE’s human rights and liberties, the recent selective legal reforms become yet another use of shock and awe campaign to soften its image, particularly to the West.

A piecemeal approach to socially progressive laws to attract greater foreign expertise and investment without bringing meaningful changes within the justice system will render basic rights and personal freedoms as prerogatives of the upper class in the economy. The state should facilitate steady bottom-up reforms involving greater civic engagement and dialogue to bring meaningful progress in substantive rights. Although the recent announcement of reforms towards greater personal freedoms is commendable; the innenpolitik, rule of law and records of human rights violations reveal the cynical intent behind it.

Though the government was hailed for relaxing ‘Islamic laws’ as a significant progressive step, but a piecemeal approach to legislations to meet economic expediencies not only misconceives the scope of Islamic laws within the federal legislature of the UAE but also stymies meaningful progress towards substantive rights. Without it, these legal overhauls become yet another inevitable diversionary tactic to reign as flagbearers of tolerance in the region as it continues to attract a diverse set of long-term residents, wealthy foreigners, and investors while its virus-hit economy fights to survive post-pandemic. 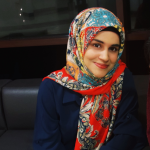 Wafa Sultana is a lawyer by training and has a Master's degree in Persian Gulf Studies from Qatar University. Her research interests include conflict resolution, security, foreign policy, political Islam and Islamic law.

India Sends Dead Bodies Of 3 Indian Nationals Back To UAE, Ambassador Says He Is ‘Appalled’

Indian Ambassador to the UAE Pavan Kapoor has expressed shock and disgust at the government’s refusal to accept the bodies of three Indians and...

Singer Sonu Nigam, who is currently living in Dubai during the coronavirus pandemic, has deactivated his Twitter account, after his old tweets criticising loudspeakers...

“You Make Bread & Butter From This Land, Your Ridicule Will Not Go Unnoticed”: UAE Royal Slams Indian Man In Dubai Who Abused Muslims & Islam

An Indian resident in Dubai, who shared anti-Muslim and anti-Islamic posts on Twitter was slammed and warned by Princess Hend Al Qassimi, a member...