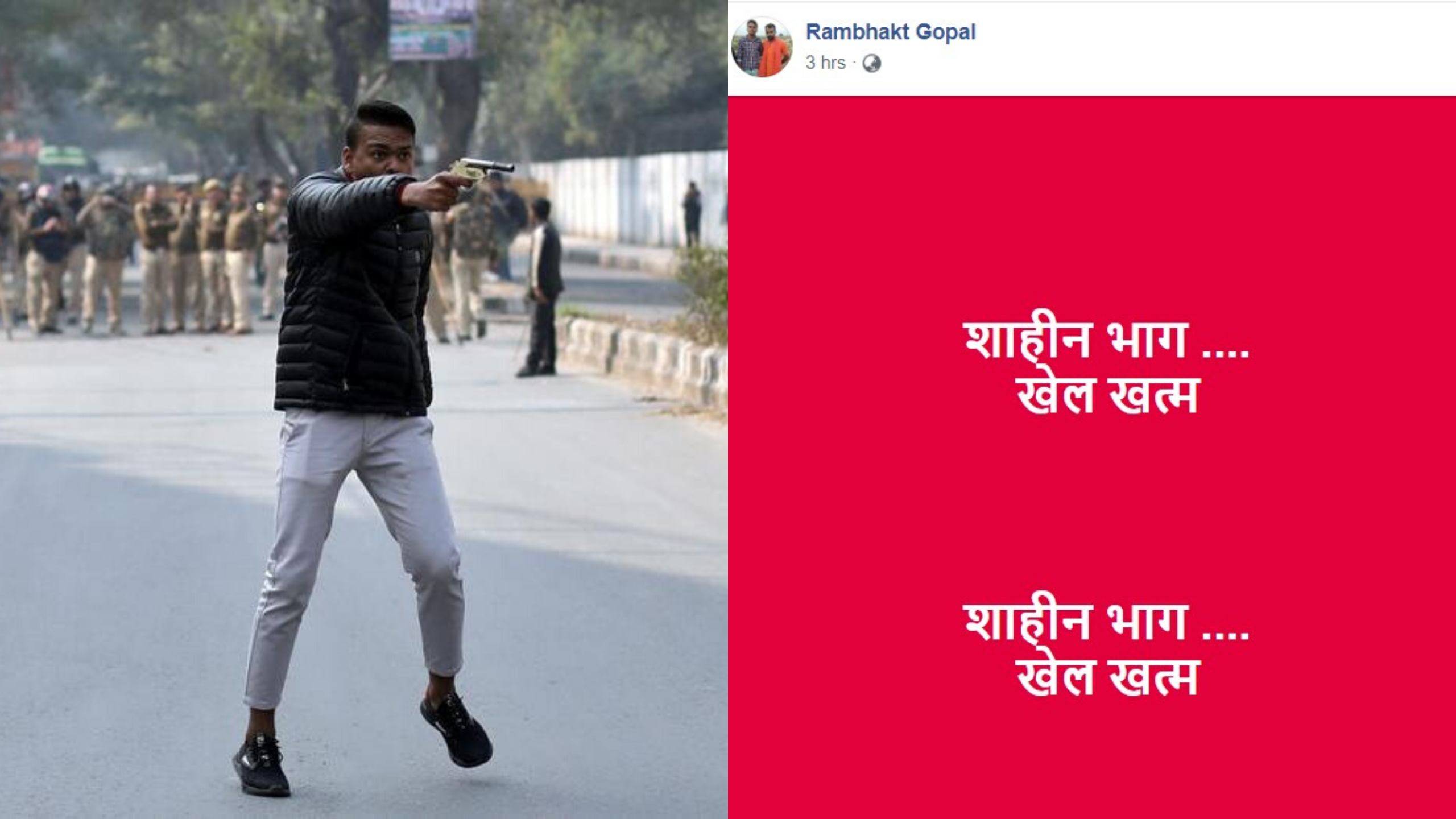 Rambhakt Gopal Sharma, the terrorist who carried out the shooting at the peaceful student protesters of Jamia Millia Islamia on Thursday in Delhi, wanted to carry out Jallianwala Bagh like large scale carnage at Shaheen Bagh, his Facebook posts have revealed.

Sharma, who shouted “Yeh lo azadi (Take your freedom)” before shooting and injuring one student, wrote in one of his posts on January 28 that, “Updesh Rana, agar tujhse aadhe bhi follower mere hote toh Shaheen Bagh ka Jallianwala Bagh bana deta ab tak (Updesh Rana, If I had even half the followers that you have, I would have converted Shaheen Bagh into Jallianwala Bagh a long ago.” 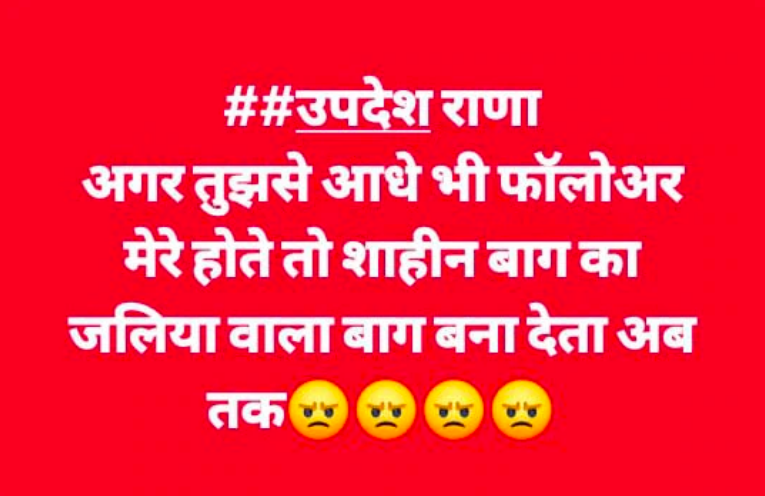 The Updesh Rana that the terrorist Sharma was referring to is a radical Hindutva online influencer, who had once walked into Kolkata’s Tipu Sultan Mosque and slapped the Imam. Although he was jailed for the act for a couple of days, however, after the incident, his following on social media skyrocketed, gaining him instant online stardom in extremist circles.

It’s clear from Sharma’s posts that Updesh’s incendiary and anti-Muslims posts had influenced the teenage terrorist.

In another Facebook post, Sharma wrote, “drape me in saffron and shout slogans of Jai Shri Ram.” 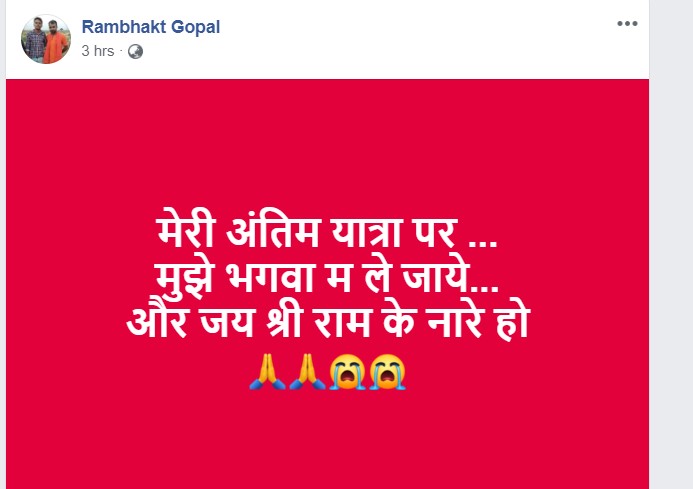 The initial police investigation has revealed that Sharma would listen to hate speeches online and share offensive posts on his Facebook account. He has told interrogators of Delhi Police that over the past two years he started reading incendiary posts on social media. In November 2019, he even took part in a protest in Jewar that was organised by radical outfit Bajrang Dal.

The incident has triggered massive protests and sharp reactions from all quarters who have blamed the ruling BJP for giving violent and provocative speeches. Union minister Anurag Thakur has come under fire over his “Desh ke gaddaron ko, goli maaro saalon ko (shoot the traitors of our country)” sloganeering just two days before the terrorist opened fire at Jamia University.

Union Home Minister Amit Shah too had spewed venom against the peaceful protestors of Shaheen Bagh, urging his supporters to vote for the far-right party in the upcoming elections in Delhi, so there is “never a Shaheen Bagh again”.