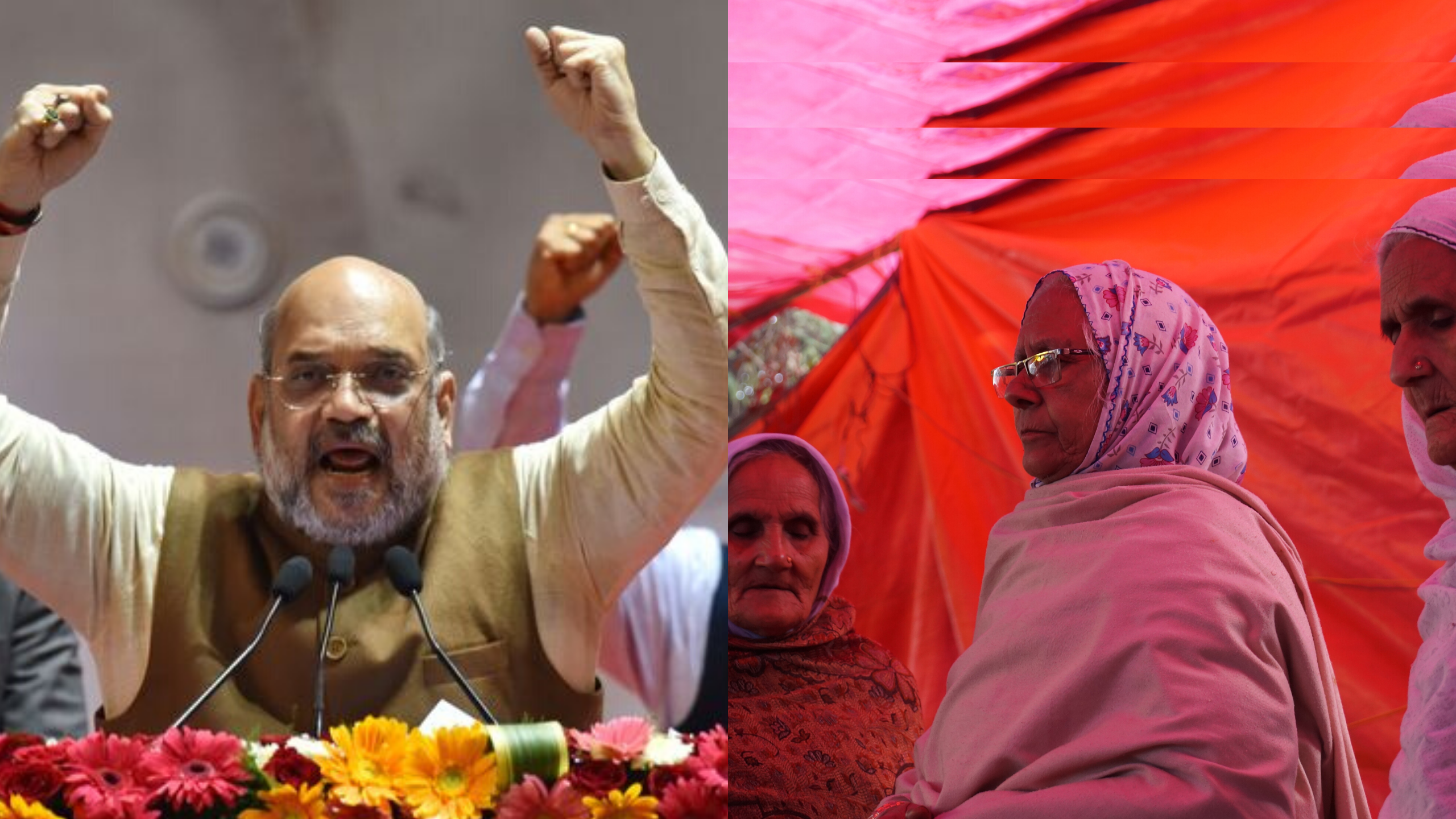 Amit Shah continued his venomous onslaught against the peaceful protestors of Shaheen Bagh, urging his supporters to vote for the far-right party in the upcoming elections in Delhi, so there is “never a Shaheen Bagh again”.

Addressing a gathering of BJP’s social media volunteers in the national capital on Saturday, 25 January, Shah said BJP workers to “Press the button of lotus so hard that the current makes the Shaheen Bagh protesters run away on the very evening of February 8.”

Directly aiming at the women at Shaheen Bagh, Amit Shah said, “We want a Delhi which is free of pollution, where everybody gets clean water to drink, 24-hour electricity, facilities for children’s education, no unauthorised colonies, an efficient transport system, world-class roads, where there are no traffic jams and there is never a Shaheen Bagh.”

Hitting back at to Shah’s outrageous remarks Shaheen Bagh remark, Delhi’s Deputy Chief Minister Manish Sisodia noted that the capital’s law and order is the responsibility of the Centre and Home Minister Amit Shah, instead of looking for CCTVs and Wifi, should address the demands of Shaheen Bagh protesters.

Amit Shah says in Delhi – “press the EVM button with such anger that Shaheen Bagh feels the current”.

Maanyavar – the battery in an EVM is merely 7.5 volts.

The current that Shaheen Bagh has given you & your govt. is far more powerful than that.

Shaheen Bagh is all over India now. Want to “rid” Delhi of Shaheen Bagh”? Withdraw CAA. Abandon NPR and NRC. The “chronology” is simple enough for Amit Shah to understand now. #CAA_NRCProtests pic.twitter.com/92DxSMmzIk