Tahir Hussain Did Not Confess To Any Role In Delhi Pogrom, RTI Query Reveals
Advertisement https://pagead2.googlesyndication.com/pagead/js/adsbygoogle.js 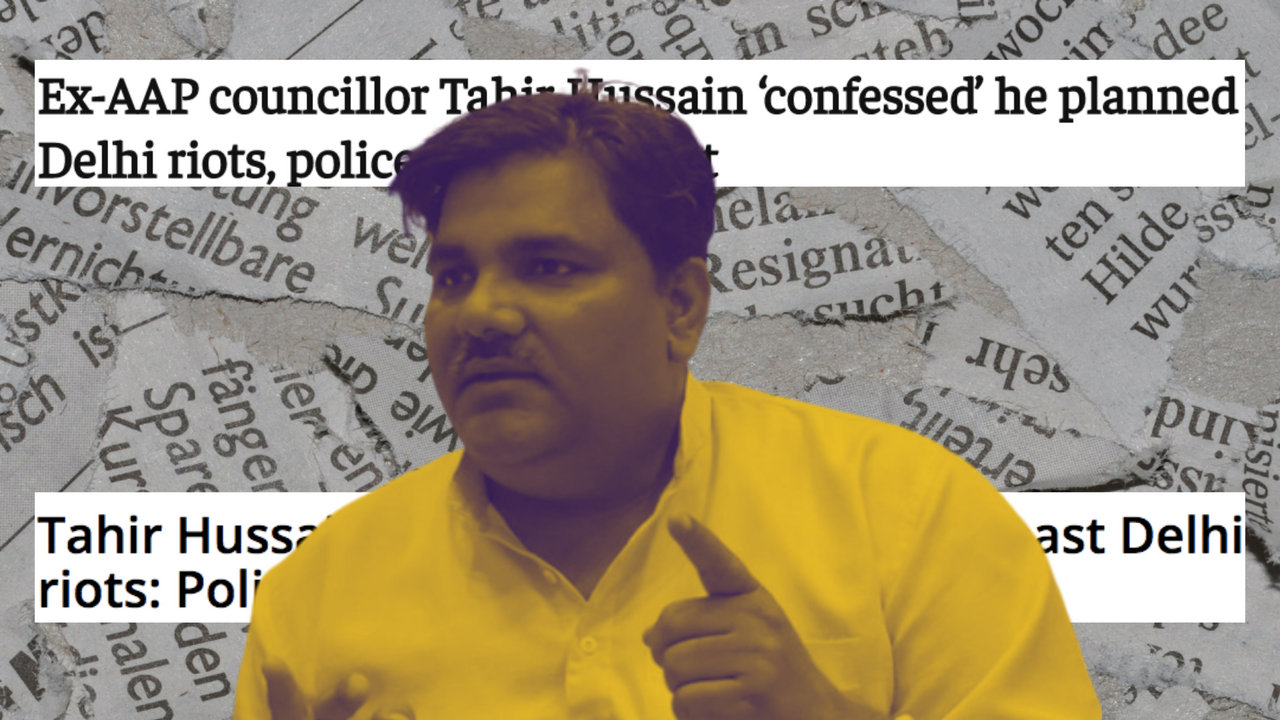 An RTI enquiry has revealed that former AAP Councillor Tahir Hussain did not confess to playing any role in the February 2020 Delhi Pogrom as misreported by media outlets.

The Delhi Police Crime Branch said, “no confession by Tahir Hussain has been recorded under Section 164 CrPC,” in response to a Right to Information (RTI) query filed by activist Nilim Dutta, chairman of the Unified People’s Movement.

On 3 August 2020, mainstream media outlets published reports of Hussain’s confession over his alleged role in Northeast Delhi’s violence. They reported him to have confessed being the “mastermind” behind the violence in February 2020 and that he had done so to “teach Hindus a lesson”.

In his RTI query, Dutta had enquired whether Hussain had recorded any confession saying that he had planned and executed the Delhi riots and if he had, then when and before which magistrate. According to CrPC Section 164, only the confession before the magistrate under Section 164 of CrPC is admissible as evidence in court.

The Print, NDTV, Zee News and news agency Asian News International (ANI) published the news of Tahir Hussain’s confession. While ANI and The Print claimed to have accessed the document, Zee News clearly stated that the information came from the Delhi police. The ANI story was later carried in publications like the Times of India. Times Now also reported that Hussain had confessed but specified that it wasn’t a signed confession.

Tahir Hussain’s lawyer Javed Ali had earlier mentioned to the media that Tahir Hussain has not admitted anything with regard to Delhi pogrom cases.

Given that the police has now admitted that no such confession by Tahir Hussain has been recorded or submitted before a magistrate, these stories may not hold true.

On February 23, an anti-Muslim pogrom was unleashed in parts of North East Delhi, which resulted in the death of over fifty people, hundreds injured, and thousands homeless.