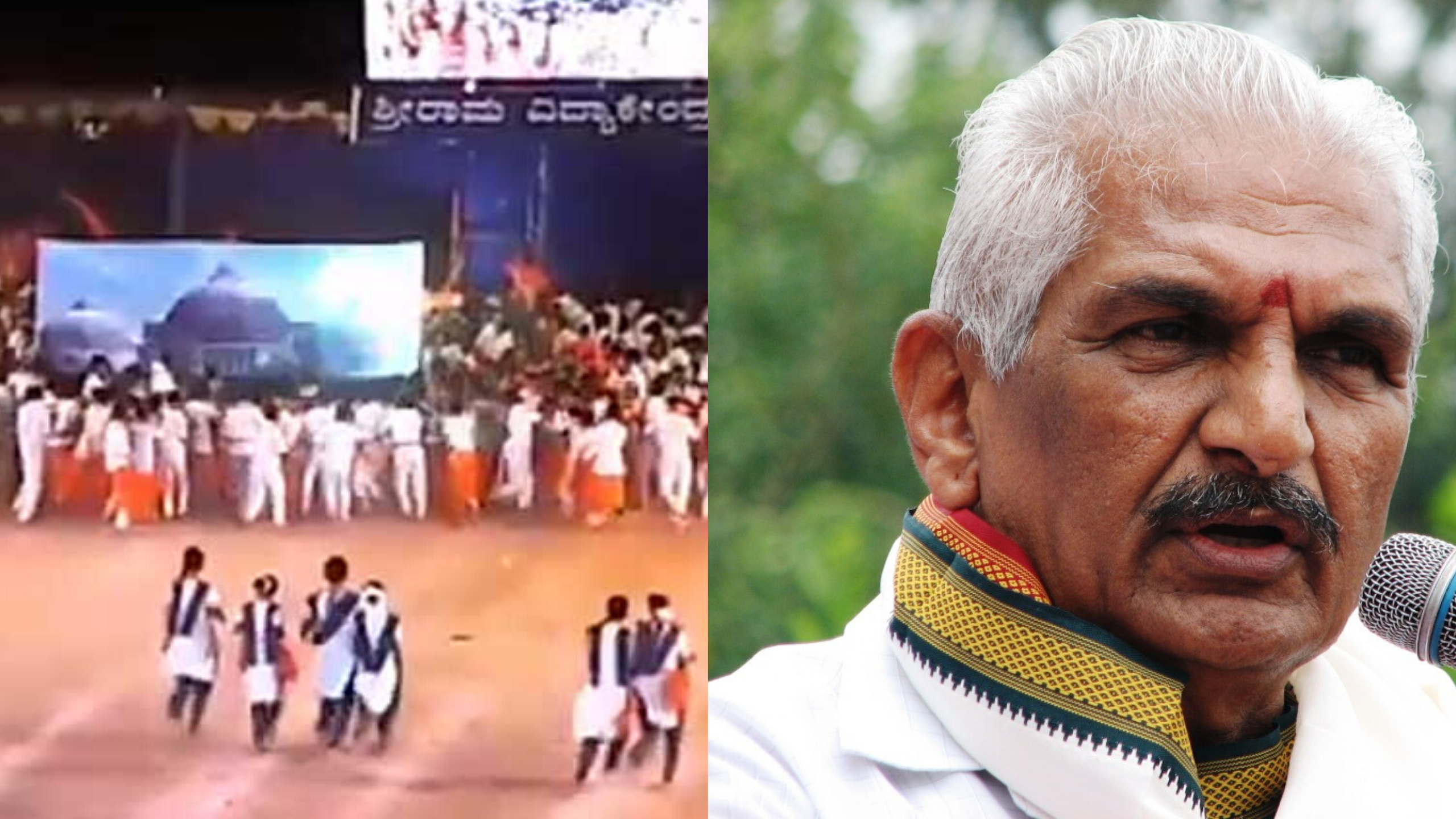 The Karnataka police have booked notorious RSS leader Kalladka Prabhakar Bhat and other members of an RSS school in Bantwal, after a video of its students re-enacting the demolition of the Babri Masjid went viral on Monday.

Bhat, along with Narayan Somayyaji, Vasanth Madhav and Chinnappa Kotiyan have been named in the FIR registered under Sections 295A (Deliberate and malicious acts, intended to outrage religious feelings) and 298 (Uttering, words, etc., with deliberate intent to wound the religious feelings of any person) of the Indian Penal Code by Bantwal Town police.

The FIR was registered based on a complaint by Aboobacker Siddique, a Social Democratic Party of India (SDPI) activist and resident of the same area as the RSS run school.

Advocate Mohammed Tahir, legal counseller of the complainant told The Cognate, that the reenactment of the demolition of the Babri Masjid is a reprehensible act, which needs to be condemned.

“This is another method of the RSS to divide an already divided society. They want to teach children the dubious achievement of the RSS, by making them reenact a criminal act, which occurred when they were not yet born. And all this was done in front of public representatives of the likes of Union Minister of Chemicals and Fertilizers, DV Sadananda Gowda, Puducherry Governor Kiran Bedi and several ministers from Karnataka, which is wicked.”

He said he and representatives of SDPI have raised a complaint with the Block Education Officer (BOE) and the Education Department to cancel the license of the school.

The Cognate had earlier reported how a group of students of classes 11 and 12 of the Sri Rama Vidyakendra High School in Kalladka district of Karnataka was made to enact the 1992 demolition of Babri Masjid on December 15. In a video going viral on social media, at least a hundred students, dressed in white shirts and saffron dhotis are seen charging towards a poster of Babri Masjid. The students are seen demolishing the poster of the masjid and building a Ram Temple in its place.

The school is owned by RSS leader and the organisation’s south-central region executive committee member, Kalladka Prabhakar Bhat. Prabhakar Bhat is a notorious RSS leader in the coastal belt of Karnataka.