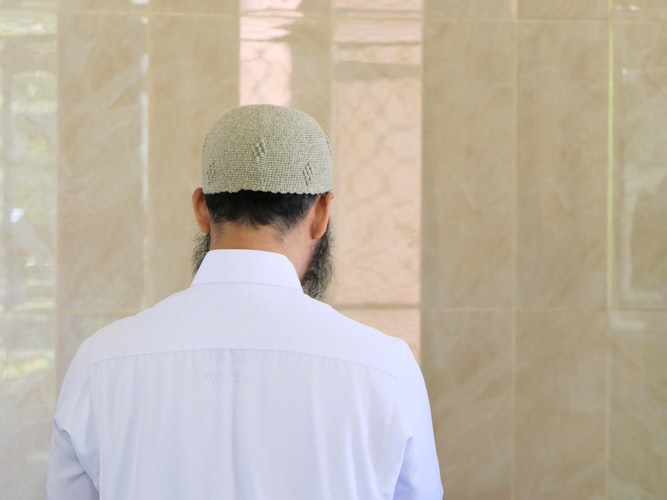 But that’s not true.

If the allegations against the Jamaat members, or saathis as we prefer to call each other, are true, not only I but the whole community will condemn it. Be it the supposed attack on the doctors or the unbelievable accusation of misbehaviour against the nurses.

And this condemnation will not be to portray me as politically correct or to balance my scales with those on the accusing side but because those actions are condemned in Islam and any Muslim who believes in the message of Islam would condemn such horrendous actions.

I have been part of many congregations organised by the Jamaat, travelling with them across Maharashtra, Telangana, and Karnataka. I believe that I have spent enough time on the inside to hold enough credibility to form an opinion.

Moreover, I feel morally obliged to tell everything I know about them to all those who have never met any of the saathis in their entire lives and are convinced that they are conspirators in spreading a virus. How unfortunate.

My experience with the Jamaat

I have spent as little as three days and as much as forty days in these jamaats (spiritual tours if you may) organised by the Tablighi Jamaat and what I have experienced cannot be explained merely in words.

The motive of the Jamaat is to replicate what the companions of the Prophet Muhammad (peace be upon him) did in order to realise the sacrifices they made and understanding the importance of faith, or imaan, in our lives.

As you begin your journey with the Jamaat, you move from place to place, living in masjids and devoting all your time to praying, having discourses on imaan, and learning the finer details of accepting Islam as a way of life and not just an obligation to yourself. And all this on your own budget because that’s the whole point. You put in your money, your time, and your energy in an attempt to turn your life around for good.

It’s like an exile, but temporary and self-imposed. You don’t worry about your work or the daily struggles of your worldly life. You just give yourself to the divine and let peace take over your mind and rewire your soul and spirit. It’s truly refreshing.

In these journeys that I partook, I have met people who have spent their entire lives doing this and I am not exaggerating when I say that those are the happiest people I have met. You don’t even have to talk to them to know how content they are with their lives. There’s this strange peace that emanates from their faces. It’s envious, really.

Every time I come back from the jamaat, I am a completely new person. I am the best version of myself whether it be in my personal life or professional. I become more compassionate, more forgiving, more modest, and more of what I want to be. It’s because I understand faith a little better every time.

Faith is an important part of life. I know the rationalists or atheists will disagree but I am sure that this is something my Hindu brothers, or anyone else who believes in a religion, will agree with. It’s this very faith that these saathis hold the dearest to them.

Some people misunderstand the preaching exercises of the saathis as an attempt to rejuvenate the belief or faith of other Muslims but the truth is they do it to reassess themselves. Nobody but ourselves hold the power to rejuvenate our faith but talking about it helps.

The allegations against the Saathis

Now that you know what the Tablighi Jamaat does, let’s talk about the accusations against them.

The first accusation is that they are mistreating or misbehaving with the doctors and other professionals who are trying to help them.

Is this wrong? Of course, it is. Nobody can, or should, justify these actions no matter what.

But where’s the proof?

Surely, such acts of human indecency would not go unnoticed, will they? So, if the media trials on the Tablighi Jamaat are based on facts rather than their propagandist intentions, there’s a compelling need for proof. In the days following the first reports of the infected saathis, many videos surfaced that falsely claimed that Muslims are deliberately spreading the virus.

Almost all of those videos have now been fack-checked and reported to be entirely unrelated, irrelevant videos from the internet. But all the damage that it could have caused, it has caused. The targeted demonizing has severely affected how Muslims across the nation are being treated in these testing times.

The recent suicide of a 37-year old Muslim man and the death of an infant after the mother was denied treatment is proof of how deep the seeds of these Islamophobic messages have been sewn into the minds of the common people. Both of these incidents were the direct result of the scare invented by the media and aggregated by the troll army – “Corona Jihad“.

Ironic, isn’t it? Those who are being accused of being killers are the ones being killed.

The second accusation is so strange that it is funny.

The entire mainstream media, even those who are considered “unbiased”, is calling this “Corona Jihad” and accusing the Tablighi Jamaat of deliberately spreading the coronavirus.

The people from Tablighi Jamaat are working hard day and night to improve the living conditions of people across the globe, working in even the remotest lands to help people live more fulfilling lives and find contentment and peace through faith. The last thing they’ll do is spread a virus and cause harm to people.

Jihad is the fight against the wrongful desires of the nafs (self), against the exploitation of resources, and people. Spreading a virus would be an anti-thesis of Jihad and they understand that. They will never harm people in the name of religion because no matter how orthodox they might seem, they aren’t extremists or fanatics.

An appeal to those who think

I urge you, my non-Muslim brothers and sisters and the privileged liberal Muslims to sit back and think. In all these days when the coronavirus was spreading, was religion ever an issue? No, it wasn’t.

We were fighting the virus together.

But now, the pessimistic and Islamophobic media demonizes the entire community to push their agenda and please their political paymasters.

Please don’t make judgements based on the pesty reporting. Go out there and meet a few saathis in your vicinity. You’ll be surprised.

The author, Md Waseq Shaaz is a copywriter with a degree in engineering. He writes about religion, philosophy, and political thought.