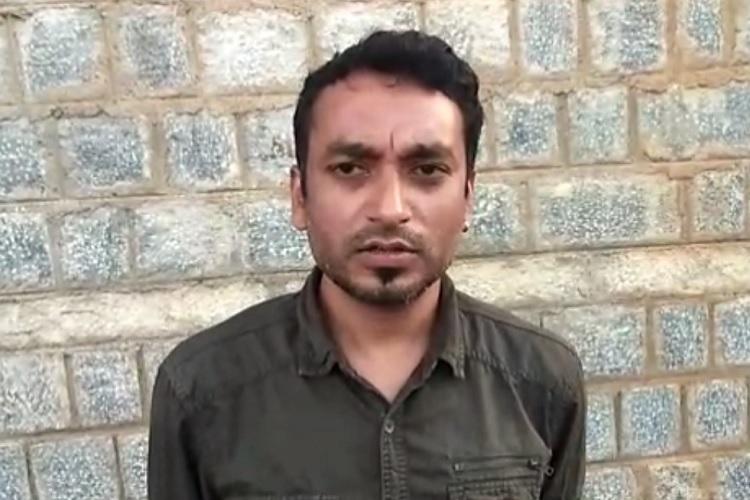 Bengaluru: Well known right-wing journalist Santosh Thammaiah who was arrested on Monday by police in Gonikoppal in Kodagu for making an inflammatory speech against the Prophet Muhammad was granted bail on Tuesday evening.

The Ponnampet Court in Virajpet taluk of Kodagu district granted a bail to Thammaiah, under the condition that he cannot leave Kodagu.

Thammaiah was arrested at midnight on Monday for his remarks against the Prophet Muhammad at a program organized on November 5th in Gonikoppal to condemn the state government’s celebrations of Tipu Sultan’s birth anniversary. In his speech, Thammaiah claimed that the tenets preached by the Prophet Muhammad centuries ago in Arabia were the reasons behind Tipu Sultan’s cruelty and terrorism.

He alleged that the “intolerant” creed preached by the Prophet had given birth to terrorists like Tipu Sultan, and claimed that the Mysore ruler was the first terrorist of India.

The arrest was made based on a complaint by KA Askar, a resident of Siddhapura. Addanda Kariappa, Sudhakar Hosalli, and Robert Rosario – who also spoke at the event – have also been named in the FIR. The programme was organised by Prajna Cauvery of Kodagu.

Following his arrest, Hindutva groups went on a protest in Gonikoppal and called for a bandh on Wednesday. The arrest was also criticised by the BJP, who had called for the FIR to be quashed and the arrest to be revoked. The BJP and some sections of the media, politicised the event and made it seem like his arrest was an attack against free speech, while completely obliterating Thammaiah’s anti-Islamic hate speech.