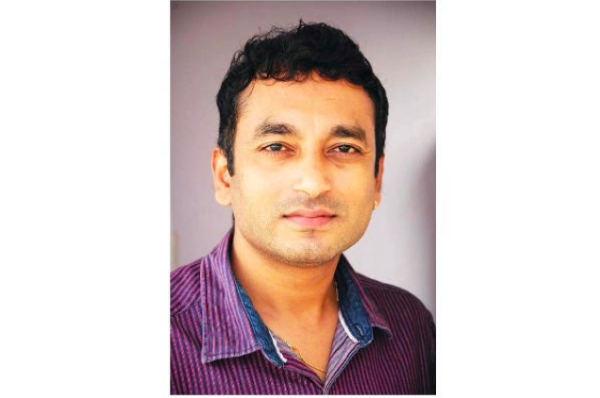 Bengaluru: Well known right-wing journalist Santosh Thammaiah was arrested by the Gonikoppal police in Kodagu, midnight on Tuesday, for allegedly hurting the religious feelings of the Muslim community, through his remarks against the Prophet Muhammad.

At the program organized on November 5th in Gonikoppal to condemn the state government’s celebrations of Tipu Sultan’s birth anniversary, Thammaiah, who is the editor of Aseema Patrike, claimed that the tenets preached by the Prophet Muhammad centuries ago in Arabia were the reasons behind Tipu Sultan’s cruelty and terrorism.

News report on Santhosh Thammaiah’s remarks against the Prophet in a Kannada Daily.

He alleged that the “intolerant” creed preached by the Prophet had given birth to terrorists like Tipu Sultan, and claimed that the Mysore ruler was the first terrorist of India.

Program, where Santhosh Thammaiah made his remarks against the Prophet.

Following his remarks, a complaint was lodged against him and the organizers of the program by one KA Askar of Siddhapura. Thammaiah was arrested on Tuesday at a village in Madhugiri Taluk.

Right-wing media like Swarajya Magazine, Organiser and others were quick to condemn Thammaiah’s arrest, while completely obliterating the comments he made against the Prophet Muhammad in their articles.

“The big question now being raised is if free speech exists at all in Karnataka, which is ruled by the Janata Dal (Secular)-Congress alliance,” Swarajya asked in its news report.

Thammaiah’s arrest has created a massive uproar among Hindutva organizations, who have planned protests to demand his release.

“Santosh Thammaiah who spoke about the brutalities against Hindus by Tyrant Tippu Sultan has been arrested by the Communal Government in Karnataka. Bhagavan & Pseudo Intellectuals like him who have consistently abused Hindu Gods are roaming free,” CT Ravi, BJP general secretary and Chikkamagaluru MLA, said on Twitter.