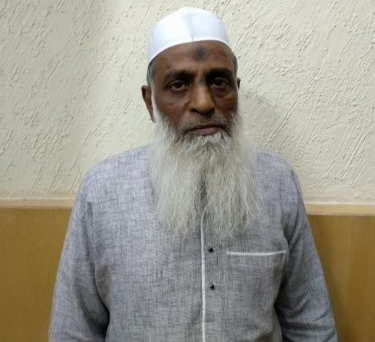 The special investigation team (SIT) probing the Ponzi scam run by I Monetary Advisory (IMA) on Thursday arrested Maulana Haneef Afsar Azeezi of Masjid-e-Beoparian in Shivajinagar for allegedly encouraging the public to invest their money in the firm.

According to SIT, Maulana Haneef had allegedly misused the faith of the people and encouraged them to invest in IMA. “Going by his words, hundreds of people invested in IMA,” the agency said in a statement.

SIT also alleged that Mohammed Mansoor Khan, the now absconding founder of IMA, had gifted Maulana Haneef a house worth Rs 3 crore at HBR Layout in 2017. 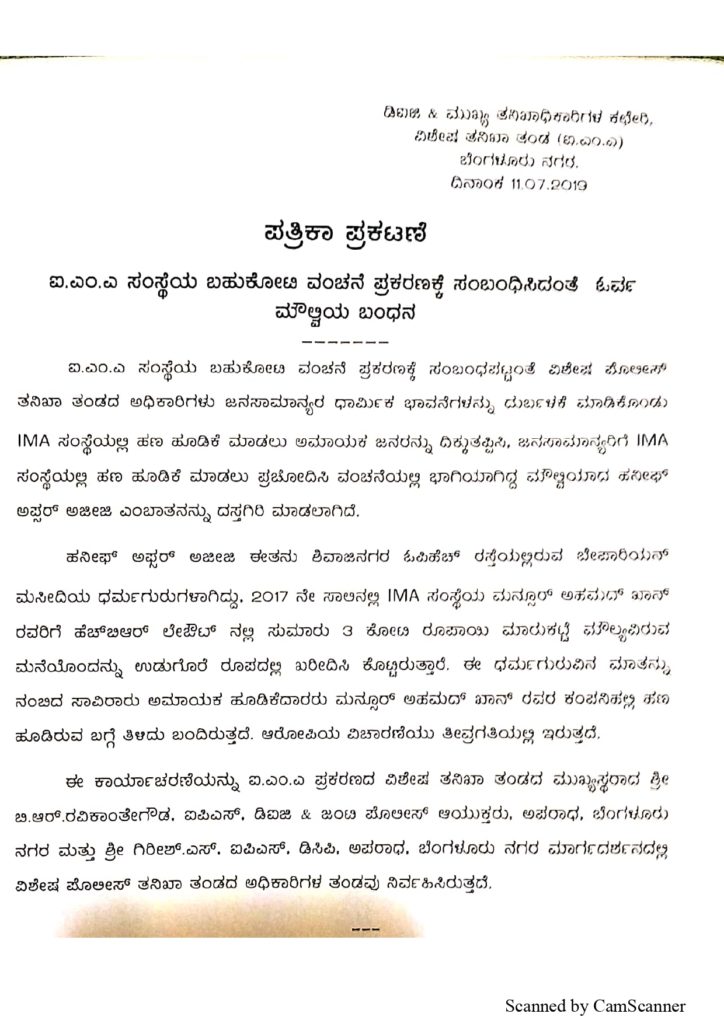 Maulana Haneef is a well-known supporter of IMA and its founder Mansoor Khan. Days before Khan ran away from India, and when speculations were rife among investors that the company might shut down, Moulana Haneef had said in his sermon in his mosque, that IMA was a well-established company, and had assured investors that their money was safe. He even prayed for the well being of the company and referring to Mansoor Khan said that God will not turn away from a man who gives so much in charity.

Maulana Haneef is the fourth high-profile person to be arrested in the IMA scam case, which has defrauded investors to the tune of thousands of crores, mostly targeting Bengaluru’s Muslim community.

Last week, the SIT police arrested the Deputy Commissioner of Bengaluru Urban district Vijay Shankar in connection with the case, for allegedly accepting a bribe of Rs 1.5 crore from Mansoor Khan in order to give him a favourable report to obtain a no objection certificate for a Rs 600 crore bailout. On July 6, the SIT arrested LC Nagaraj, an assistant commissioner in the Revenue Department for accepting a bribe of Rs 4.5 crore from Khan.

Earlier this month, nominated BBMP councillor and history sheeter Syed Mujahid was arrested for his alleged connection in the scam.