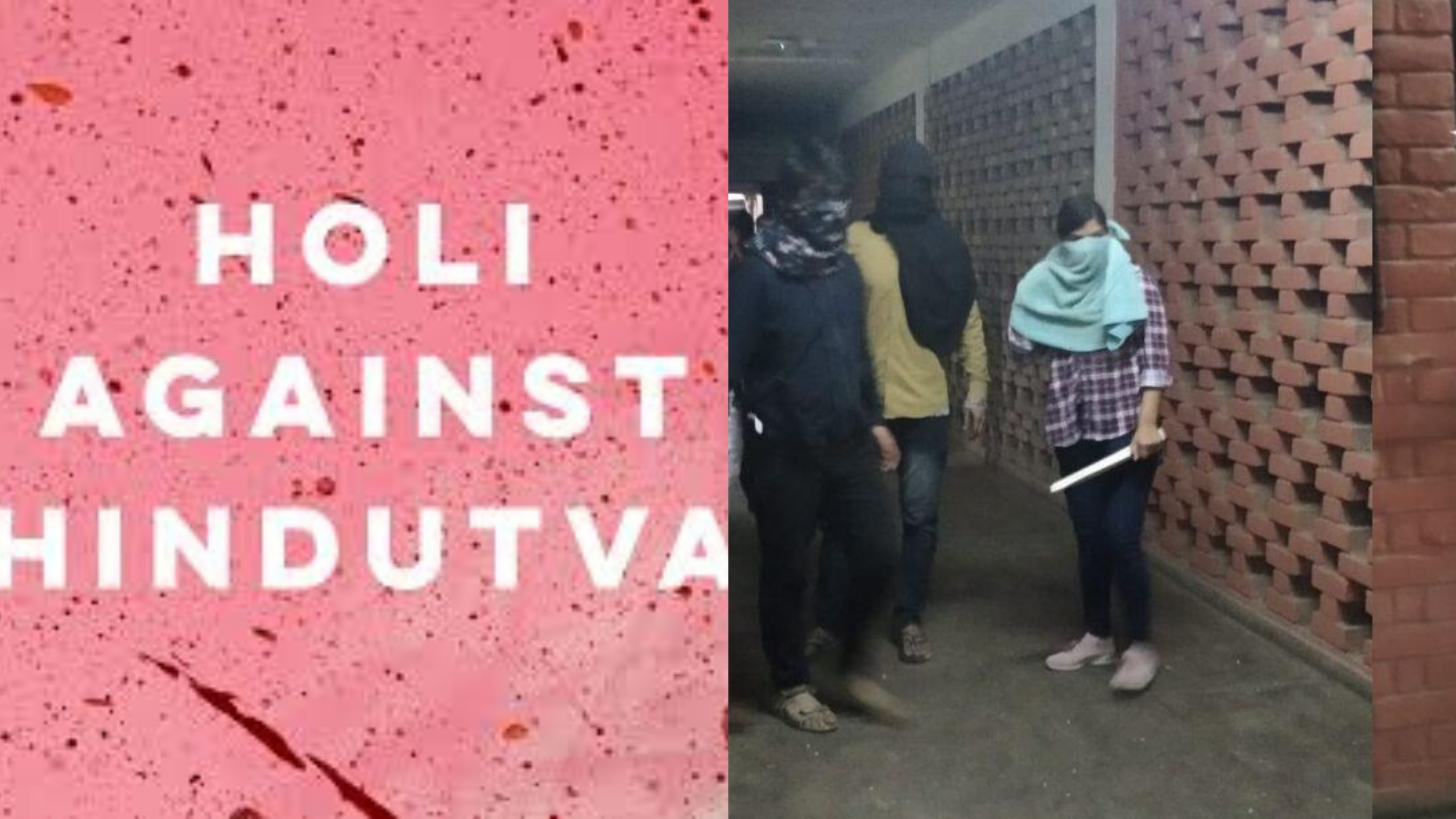 ‘Holi Against Hindutva’, the Ivy League students led campaign has condemned the brutal attack on students of Jawaharlal Nehru University (JNU), and other colleges in India, and has called for the removal of JNU’s Vice-Chancellor Jagadeesh M Kumar for ‘inaction’ and ‘spreading misinformation’ about who the attackers were.

On the evening of 5 January, politically motivated hoodlums, allegedly linked to ABVP, the student wing of BJP, assembled in large numbers along with security personnel in civilian clothes, and entered the premises of JNU. The gang brutally assaulted and injured many students, including the president of the student’s union, Aishe Ghosh.

“Hindu nationalism thrives on hatred towards anti-establishment and pro-democracy discourse and action, in turn cultivating state and civilian sanctioned violence that manifests in these and other instances of police complacency and brutality. Holi Against Hindutva condemns both the attacks on students and professors at JNU and police’s involvement in facilitating the violence,” their statement said.

Accusing the university’s administration, especially vice-chancellor Jagadeesh M Kumar, of dereliction of duty, the statement says, “We support the calls from JNUSU and the JNU teachers association to oust the Vice-Chancellor for his inaction. We stand in solidarity with protestors fighting Indian democracy and will continue to amplify the voices of those threatened and silences by Hindu nationalism”.

‘Holi Against Hindutva’ is a protest campaign that will be organised at Yale University in March. According to Shreeya Singh, the Yale South Asian Society political chair, the protest aims to celebrate India’s colourful democracy and to protest the Modi government’s undemocratic treatment of Muslims.

‘Holi Against Hindutva’, had earlier involved the South Asian Student Associations in the US and written an open letter to the US Congress, demanding that “the American House of Representatives immediately pass House Resolution 745, urging the Republic of India to end restrictions on communications in Jammu and Kashmir and preserve religious freedom for all residents,” and for Congress to condemn the Modi government.