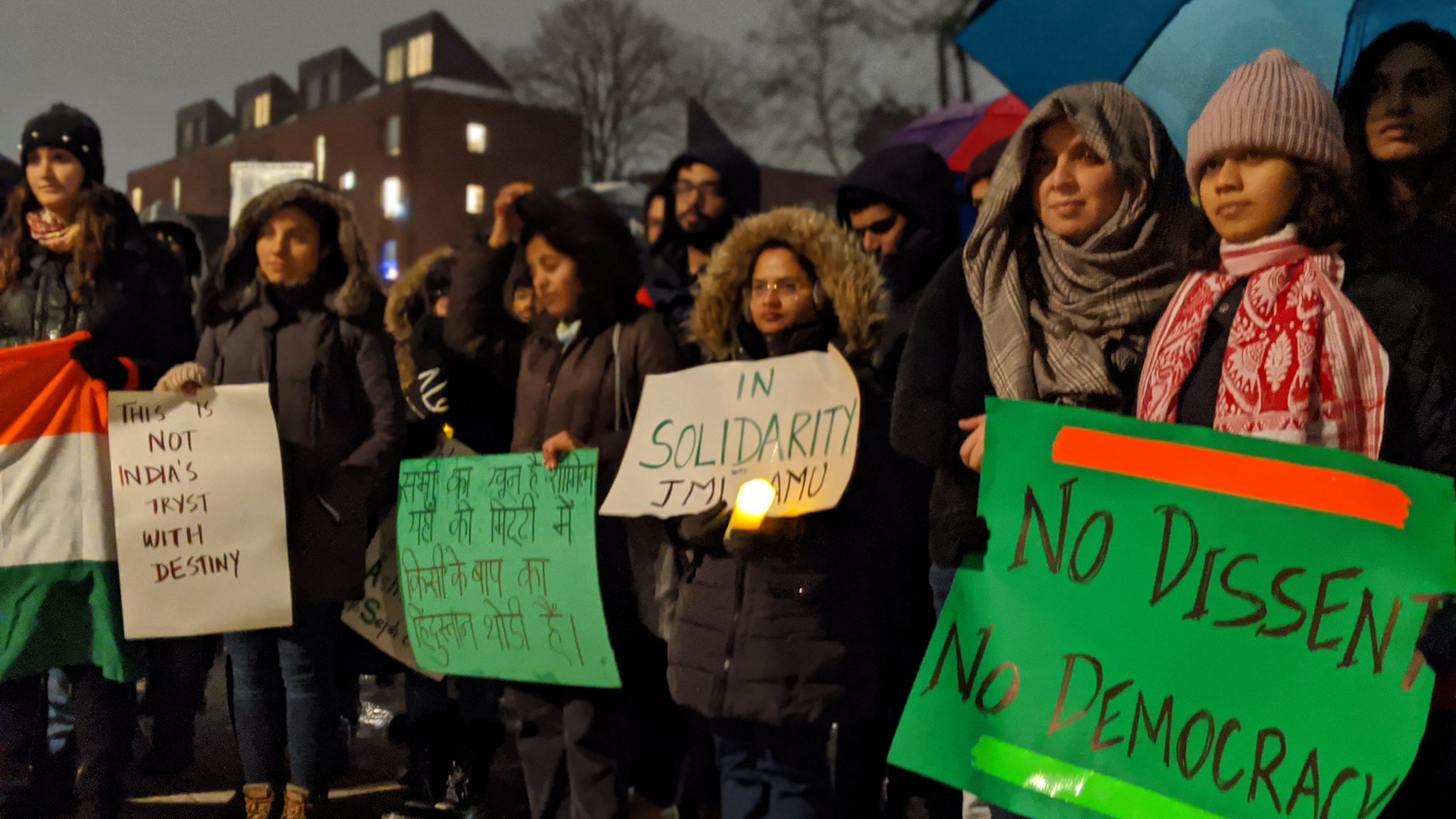 In an open letter to the US Congress, students from the South Asian Student Associations in the US have condemned the BJP government’s treatment of Muslims in India and expressed solidarity with the ongoing civil disobedience protests against the Citizenship Amendment Act (CAA) and the draconian NRC.

Written by Shreeya Singh, the Yale South Asian Society political chair, and edited by Ziad Ahmed the Yale Muslim Student Association Member, the letter has been signed unanimously by the South Asian student associations of almost every major Ivy League University (including Yale, Harvard, Princeton, University of Pennsylvania, Cornell and Brown), and is currently being deliberated by the student board of associations at Stanford, Columbia and Dartmouth.

The letter demands that “the American House of Representatives immediately pass House Resolution 745, urging the Republic of India to end restrictions on communications in Jammu and Kashmir and preserve religious freedom for all residents,” and for Congress to condemn the Modi government. The letter has been sent to representatives in the House.

The South Asian organisations at these universities have also pledged to join a protest against Hindu nationalism this upcoming Holi in March 2020, called #HoliAgainstHindutva.

The letter says that the Citizenship Amendment Act “is just the latest of India’s many steps to marginalise its population of 200 million Muslims” and how the “will strip hundreds of thousands of Muslims in Assam of their citizenship”.

Read the full letter below:

To the Congress of the United States of America

On December 11th, the world’s largest democracy passed the Citizenship Amendment Act (CAA), an illegal and unconstitutional law aimed at excluding Muslims from Indian citizenship. By dividing Indians into Muslims and non-Muslims, the bill explicitly enshrines religious discrimination into law.

Ever since Narendra Modi was elected prime minister in 2014, he and the right-wing Bharatiya Janata Party (BJP) have championed a hardline and revisionist brand of Hindu nationalism, known as Hindutva. Hindutva aims to erase India’s diverse myriad of cultures and faiths, redefining the country into a Hindu civilisation and promoting violent and exclusionary attitudes toward Muslims. BJP leaders have normalised inflammatory and dehumanising language, such as the BJP President describing Muslims as “termites.”

The BJP’s parent organisation, the Rashtriya Swayamsevak Sangh (RSS), is a Hindu extremist group that drew inspiration from fascism and German nazism since its founding in 1925.

The Citizenship Amendment Bill is just the latest of India’s many steps to marginalise its population of 200 million Muslims. The government has imposed a lockdown and communications blackout on Kashmir’s predominantly Muslim population for over four months, and recently released the National Registry of Citizens (NRC), which will strip hundreds of thousands of Muslims in Assam of their citizenship.

Those who are not listed on the registry can be put in mass detention camps and made stateless persons. Meanwhile, rates of violent hate crimes against Muslims, such as mass mob lynchings, have increased exponentially across India after 2014.

Therefore, we invite American universities and youth organisations to mark #HoliAgainstHindutva in March of 2020. Holi is the traditional Indian festival of colours, which celebrates the country’s vibrant diversity and culture in a spirit of inclusiveness. This Holi, join us in celebrating India’s colourful democracy and protesting the Modi government’s undemocratic treatment of Muslims.

Radical South Asian Collective at the University of Pennsylvania

Organisations preceded by “members of” have not signed unanimously

The “Coalition to Stop Genocide in India,” a broad coalition of Indian Americans and US-based civil rights organizations and activists, called on the US...