Times of India refers to Aseemanand as ‘activist’, instead of ‘extremist’ or ‘terror accused’ 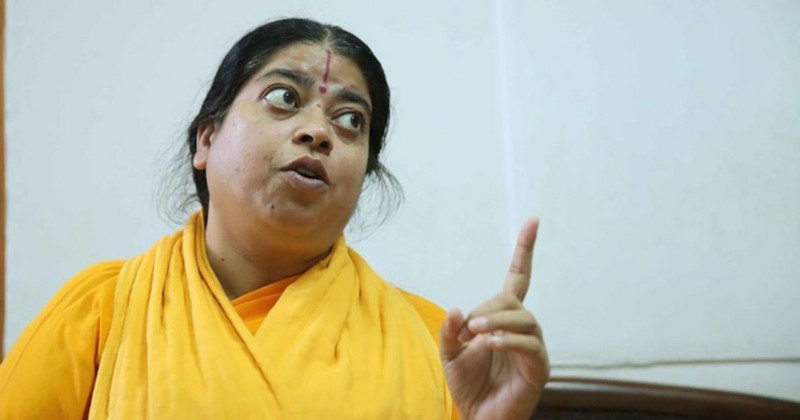 Sadhvi Kamal, the Hindutva extremist who came into spotlight this week, when she and her group of hoodlums laid siege to hotel Hayat Rabbani in Jaipur over beef rumours and forced its shutdown, has been referred as an ‘activist’ by Hindustan Times reporter Deep Mukherjee.

Referring a goon, who takes the law into her hands, and runs a criminal organisation as an ‘activist’, and loosely bringing up the name of Mother Teresa, is a clear cut attempt to sanitize her criminal activities by Hindustan Times.

At one point in the article, the reporter also quotes verbatim Kamal’s absurd allegation that hotel Hayat Rabbani “is involved in various illegal activities including lodging Pakistani nationals illegally”, without even questioning the basis of her statement.

The way the headline is written and the way Kamal has been quoted without questioning her wild statements would influence vulnerable readers to make false presumptions about the Muslim community.