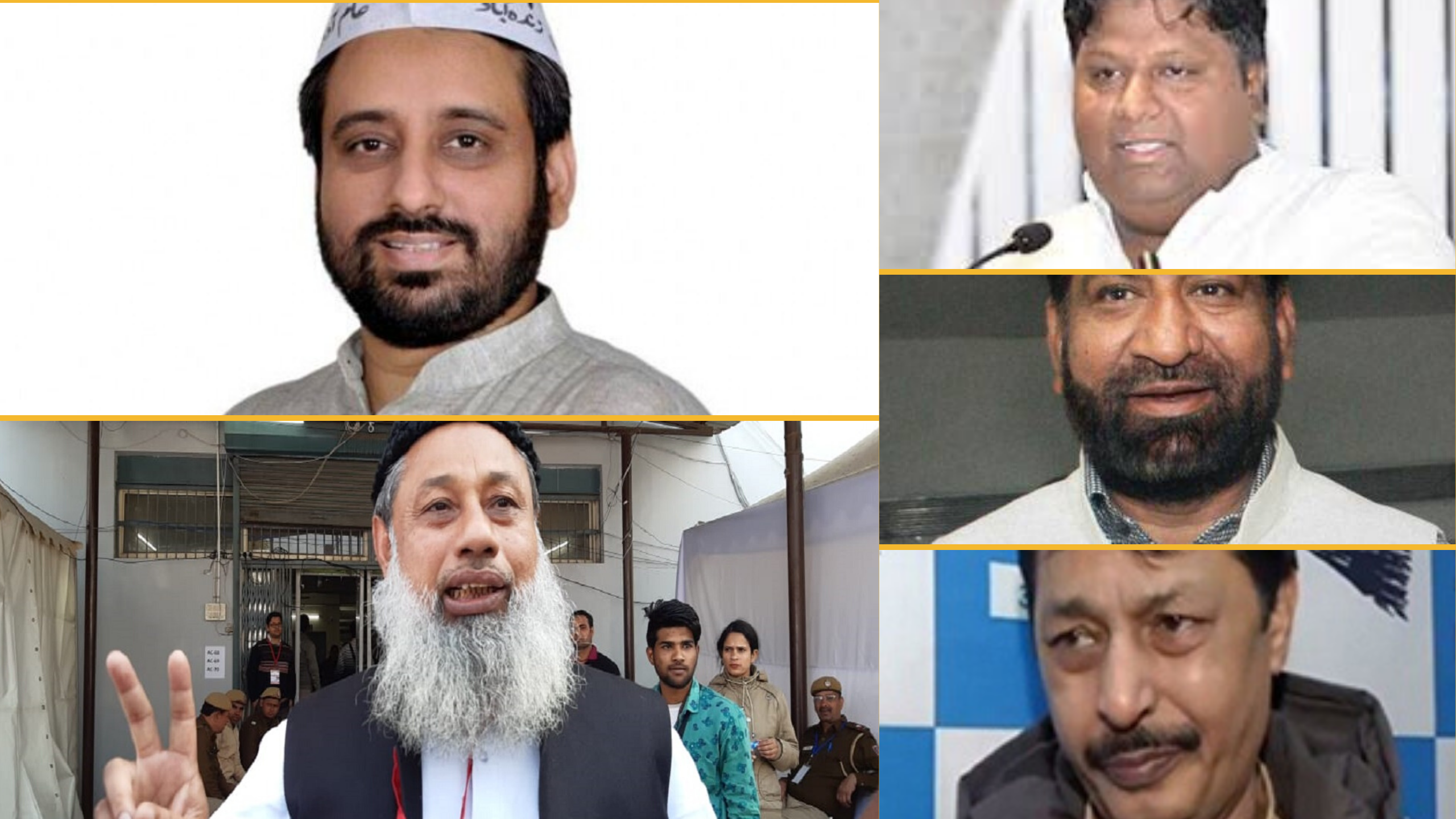 From violent threats to demonising a particular community, BJP leaders, including Prime Minister Narendra Modi and home minister Amit Shah, resorted to the most bitter, divisive and vitriolic election campaign the country has seen in recent times. Yet, five Muslim candidates, all of them from the Aam Aadmi Party (AAP) have made it to the New Delhi Assembly, comfortably defeating their nearest rivals.

AAP’s Amanatullah Khan again won from the Okhla seat, which has been the epicentre of anti-CAA protests raging across the country. While Khan got more than 81 per cent of the total votes polled, Congress’s candidate Parvez Hashmi failed to even save his deposit. Both Shaheen Bagh and Jamia Nagar fall under this constituency.

In Seelampur, another constituency that has a sizable Muslim population and saw violence during anti-CAA protests in December, AAP’s Abdul Rehman defeated BJP’s Sanjay Jain even as Congress rival Matin Ahmed, who has been a five-time MLA, came a poor third. AAP got more than 54 per cent of the total votes polled in Seelampur.

In the Ballimaran seat, AAP candidate Imran Hussain won over BJP’s Lata Sodhi, securing 64 per cent votes. In Matia Mahal, Shoaib Iqbal won against Ravinder Gupta of the BJP and Mirza Javed Ali of the Congress, getting more than 75 per cent of the votes.

The victory of the five Muslim candidates is significant given how the BJP used every trick in the book to discredit the peaceful sit-in at Delhi’s Shaheen Bagh, and portray the entire anti-CAA protests as violent in a bid to polarise the electorate on religious lines.

While Modi had called the protests a “conspiracy”, Amit Shah exhorted a crowd at a rally to root out Shaheen Bagh by voting his party to power. BJP MP Parvesh Verma even went to the extent of claiming the Shaheen Bagh protestors would “rape and murder women” if BJP is not voted to power.

The hate rhetoric resulted in three different shootings at protestors in Delhi.