Zaira Wasim Slams Notorious Islamophobe Tarek Fatah For Taking Her Tweet Out Of Context, Corrects Him That She Is Not An Actress Anymore
Advertisement https://pagead2.googlesyndication.com/pagead/js/adsbygoogle.js 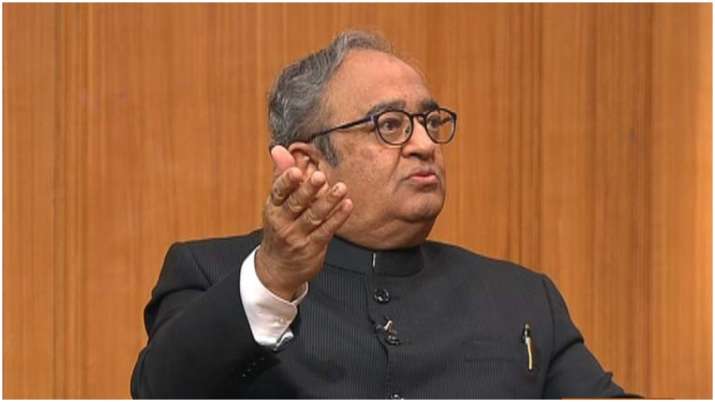 Former Bollywood actress Zaira Wasim has slammed notorious Islamophobe and fake news peddler Tarek Fatah and other trolls for taking her tweet quoting a verse from the Holy Qur’an related to locusts out of context, and creating a controversy out of it.

In her original tweet Zaira had mentioned a verse from the Qur’an about locust swarms. “So We sent upon them the flood and locusts and lice and frogs and blood: Signs openly self-explained: but they were steeped in arrogance- a people given to sin’ – Qur’an 7:133,” read her tweet.

“So We sent upon them the flood and locusts and lice and frogs and blood: Signs openly self explained: but they were steeped in arrogance- a people given to sin”

Right wing trolls, including Hindutva apologist Fatah criticized and mocked her for quoting the verse, which lead her to temporarily deactivate her Instagram and Twitter accounts. She returned a day later.

Fatah had tweeted, “Indian Muslim actress @ZairaWasimmm mocks her own countrymen as being victims of Allah’s wrath. This is how she explains locust swarm.”

Indian Muslim actress @ZairaWasimmm mocks her own countrymen as being victims of Allah’s wrath. This is how she explains locust swarms. https://t.co/vpqRcnXwbD

In response to Fatah’s tweet, Zaira shared a long note that began with, “Asalamualaykum Uncle Fateh.” She wrote that she never claimed that the locust attacks in multiple states of the country were a sign of God’s wrath. “While I too agree making claims like `this is wrath or a curse’ when the world is going through so much is a really insensitive one, I wish to also emphasise that making a claim on our own as big as It’s a wrath or curse of Allah upon any land* is a statement one is making on behalf of Allah, which is actually a religiously irresponsible one and a sin and also a claim I never made, let alone mock anyone,” she wrote.

“My tweet was completely taken out of context and blown out of proportion and none of the opinions, whether good or bad, define the reality of my intentions, for that is between me and My Rabb, and something which I’m not even going to explain, for I’m only accountable to Allah and not His creation,” she added. “The world is going through a tough time and a lot of hatred and bigotry already, the least we could do is not add more to it,” she wrote.

Zaira ended her tweet by adding, “P.S I am not an actress anymore.”

The National Award winning former actress quit the entertainment industry last year saying that the environment “damaged her peace and relationship with Allah”. She has been a subject of abuse for right-wing Islamophobes ever since.

Twitter suspended the accounts of prominent Muslim pages that were known for being a  collective voice for minority issues in India, particularly Muslims. The...