"We Were Stripped Naked & Pepper Spray Was Used On My Genitals", Kerala Youth Tortured By Police Over Mere Suspicion
Advertisement https://pagead2.googlesyndication.com/pagead/js/adsbygoogle.js 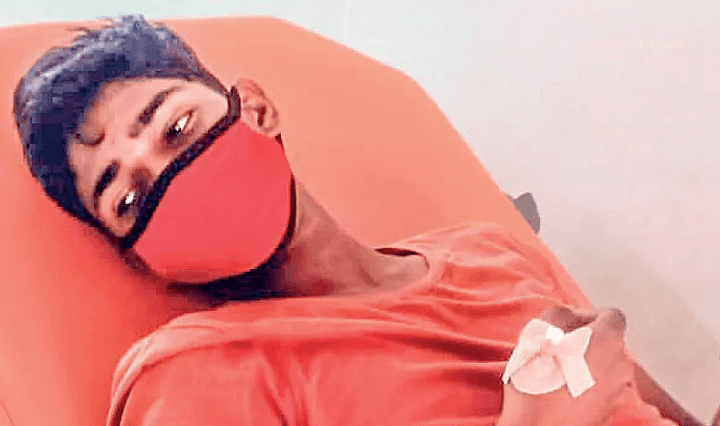 On 24 August, Palakkad North Division police turned up at the house of two brothers, Abdurrahman (18) and Bilal (20), to question them in connection with a physical assault attempt on an RSS worker. The brothers were eventually taken into custody and tortured. “They were unaware of the assault incident and continually asserted their innocence to the police”, their lawyer Advocate Mohammad Rashid told Twocircles.net.

One week after his arrest, Abdurrahman was still in the hospital suffering from serious injuries on his genitals, thighs, chest, and legs, while Bilal is still in judicial custody in an equally wretched condition.

At least 20 police officers were present for the interrogation, all in plainclothes except SI Sudheesh Kumar. “Two officers stood with boots on Bilal’s thighs while Sudheesh Kumar repeatedly used a lathi on his soles”, Abdurrahman narrated.

Abdurrahman was also kicked in the stomach, chest and spine. “Later, we were stripped naked and pepper spray was used on my genitals; our private parts were also inflicted with lathis. I couldn’t withstand the pain,” Abdurrahman recounted. Bilal was also subjected to electric shocks during the interrogation in another room, Dalit Camera reported.

“You should not give birth to Muslims. We don’t need more Muslims”, the officer is reported to have said. Abdurrahman alleged that Sudheesh Kumar used anti-Muslim slurs throughout the torture.

Laboratory reports show the presence of blood in Abdurrahman’s urine due to internal bleeding. Initial diagnosis revealed that he has received an injury on his spine. The pain in his hip and private parts has not subsided. He lies bedridden and in trauma.

Reny Ayline, National Secretary of the National Confederation of Human Rights Organisation (NCHRO), who is himself a Palakkad native said, “When I was in Kashmir on a fact-finding mission, the local youth described how the Army uses illegal detention as a tool of intimidation. One of the most common methods of torture is to damage the genitals and rectal areas of even those who are picked up on grounds of mere suspicion. Similar things are happening in Kerala now.”

“Although a ‘Left party’ is ruling, the aggressive behaviour of the police has exposed this spirit of pseudo-secularism,” he added.

Mushtaq Usman, the Palakkad District president of Campus Front of India, expressed his outrage over this case. “Bilal was working as an electrician, and Abdurrahman has recently finished school. They are simple people who had done nothing to deserve this kind of inhuman torture. Further, the specific religious comment made by the sub-inspector exposes the sheer hatred and sense of vengeance that the Palakkad police feels towards the Muslim community,” Dalitcamera.com reported.

In this article:Featured, Kerala, Muslims, Palakkad