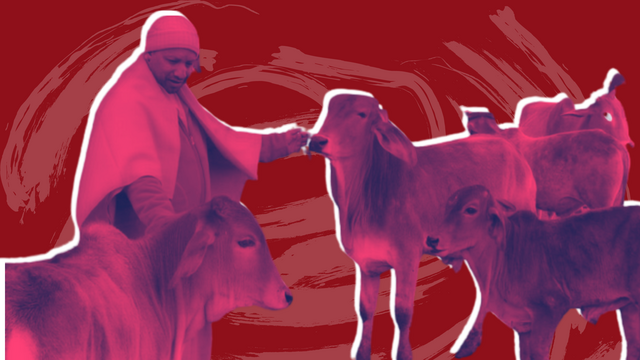 The Allahabad high court has raised concerns over misuse of the anti-cow slaughter law in Uttar Pradesh to target innocent people, and the lack of forensic evidence to prove that the recovered meat is beef.

Granting bail to Rahmuddin who was allegedly involved in cow slaughter, Justice Sidharth in his order said the misuse of the Uttar Pradesh Prevention of Cow Slaughter Act, 1955 has been leading to innocent persons languishing in jail.

“The Act is being misused against innocent persons. Whenever any meat is recovered, it is normally shown as cow meat (beef) without getting it examined or analysed by the forensic laboratory. In most of the cases, meat is not sent for analysis. Accused persons continue to remain in jail for an offence that may not have been committed at all,” the high court order said.

The counsel for the petitioner also informed the court that he was not arrested from the spot, but he had been in jail since August 5.

Rahmuddin, the petitioner, in this case, had said there were no specific allegations against him in the FIR and he was not arrested from the place of the incident. Further, no exercise was done by police to check whether the meat recovered was cow meat or not.

In the order passed on October 19 but made available days later, the high court also observed that there is need to take care of old or non-milking cows which are abandoned by owners if the law against the slaughter of cows is to be implemented in letter and spirit.
“Goshalas do not accept non-milking cows or old cows and they are left to wander on the roads. In rural areas cattle owners who are unable to feed their livestock, abandon them. They cannot be transported outside the state for fear of locals and police. There are no pastures now. Thus, these animals wander here and there destroying the crops.”

According to The Wire, the Uttar Pradesh government has been taking severe actions against alleged cow slaughter cases, including charging the accused under the National Security Act. Though the NSA was legislated to provide the authorities with the power to detain a person without a charge for up to 12 months if they felt that he or she was a threat to national security or law and order, in Uttar Pradesh the controversial law has been used generously against those accused of cow slaughter. The Allahabad High Court has expressed concern at the misuse of anti-cow slaughter law in Uttar Pradesh.