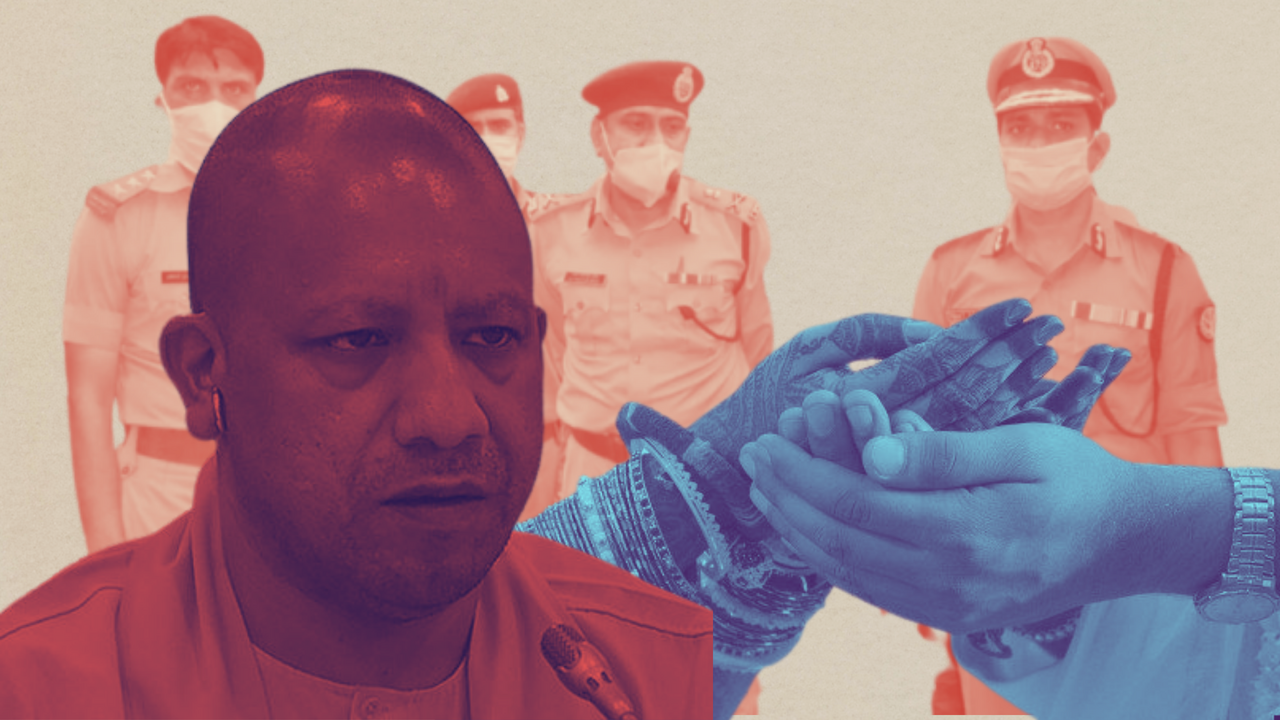 For the BJP-led Uttar Pradesh government, every marriage between a Hindu woman and a Muslim man is an imaginary Muslim conspiracy to convert unsuspecting Hindu women to Islam. At least, that’s the way they want Hindus to view such marriages. A nine-member Special Investigation Team (SIT) has been appointed to investigate all cases of Hindu-Muslim interfaith marriages over the past two years in the state. It was constituted by the zonal inspector general of police in Kanpur- Mohit Agarwal under a deputy superintendent of police.

“There are increasing cases of love jihad being reported from different parts of the state”, the New Indian Express quoted Mrityunjay Kumar, media adviser to UP CM Ajay Mohan Bisht AKA Yogi Adityanath, as saying. “Thus the chief minister instructed senior home department officials to prepare a plan to stop such incidents.”

The issue has surfaced after a Kanpur woman, Shalini Yadav, married a Muslim man recently. The couple, however, approached a Delhi court, denying allegations of forced conversion.

The SIT was formed about a fortnight ago after some members of Hindu organisations met Kanpur IG Mohit Agarwal, alleging ‘Love Jihad’ myth incidents.

The SIT led by Deepak Bhuker, Superintendent of Police, Kanpur (South), has been told to look into any fixed pattern or modus operandi behind the alleged incidents, the team has contacted local police stations and sought details of all alleged “Love Jihad” cases reported in the past two years, an official told The New Indian Express. The official also said they will investigate Islamic organisations under this pretext.

Bhuker said the probe team has been extracting records related to a dozen phone numbers to establish links. They have been gathering information about such couples, their bank accounts and recording statements of their family members.

However, in the case involving Shalini Yadav, Bhuker said the couple had approached the Delhi High Court and later appeared before a magistrate at the Tees Hazari court there, denying the allegations. He said the woman had said that she was a major and married a man of her choice.

The Wire reported that a close study of the state’s crime records revealed that there were barely nine recently reported cases of marriages between a Hindu girl and a Muslim boy. And these too were limited to just five of UP’s 75 districts, namely Kanpur, Meerut, Aligarh, Lakhimpur-Kheri and Ghaziabad. In five of these nine cases, Hindu girls openly refuted the accusations of ‘Love Jihad’ on the basis of which complaints had been made by their respective parents.

What emerged during the course of the police investigations was that complaints were usually made by angry parents, for whom the idea of an inter-religious marriage is outrageous and therefore thoroughly unacceptable. So they typically came up with stories, blaming the Muslim grooms for enticing their daughters.