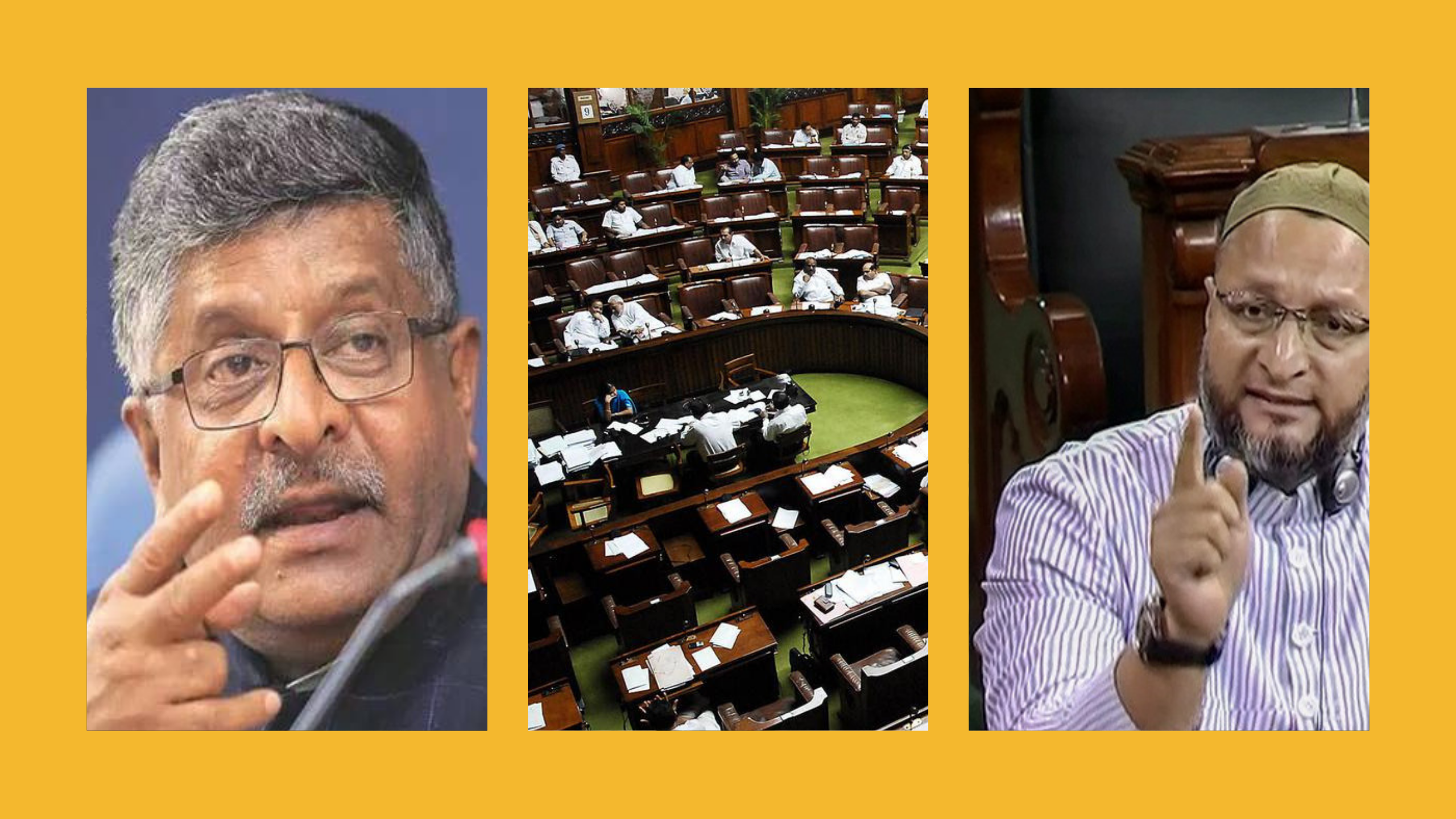 Amidst fierce protests and walkouts, the Lok Sabha on Thursday passed a contentious bill to ban the practice of triple talaq among Muslims, making it a cognizable offence, attracting up to three years’ imprisonment with a fine.

The Muslim Women (Protection of Rights on Marriage) Bill, 2019 which prohibits divorce by pronouncing talaq thrice in one occasion by their husbands was passed with 303 votes in favour and 82 against. Despite opposition, BJP’s numerical strength ensured that the Lok Sabha passed the controversial legislation.

Vehemently opposing the bill, AIMIM MP Asaduddin Owaisi said the bill was anti-Islam and anti-women. “Who would give maintenance to the woman when her husband is in prison? Should a woman wait for three years for her husband to return from jail? Who will be ready to live with a woman who has sent her husband to jail?” he asked.

Owaisi said the Bill was contrary to Articles 14, 21, 15, 26 and 29 of the Constitution and against the fundamental rights. “Why should the woman remain married to the husband who’s in jail? The bill gives three-year jail term to husband, it is against the criminal jurisprudence. You put a condition that if a husband gives the woman a divorce, then the amount of meher will go to the woman. Marriage is a contract in Islam. It is not a “janam janam ka saath”.

“You are allowing a man to continue his atrocity on his wife,” he said.

He maintained that Bill did an injustice to women. “She should be given an opportunity to be free from the knot of marriage,” he said.

The Hyderabad MP also questioned the BJP-led NDA government’s intentions in proposing the Bill. “I would like to ask him (PM Modi) what kind of justice is this that if such law is implemented on a non-Muslim man then he goes to jail for one year and a Muslim man goes to jail for three years,” he added.

“You brought an ordinance for Jallikattu. When a Muslim woman was raped in Muzzaffarnagar, no conviction was held. If you have any respect for women, send all women BJP MP in a special aircraft to Sabarimala,” said Owaisi.

The Opposition raised strong objections at the introduction of the Bill itself. They said that the government was trying to separate husband and wife when the instant talaq had no legal validity. BJP ally Janata Dal-United opposed the bill and walked out.

“The Supreme Court has already declared the triple talaq illegal but did not ask the government to criminalise the offence. If the husband is in jail, how will he give maintenance?”, asked Congress member Mohammad Jawed.

“The punishment for causing death by negligence is imprisonment for two years but in this law, the punishment is three years. It is the BJP’s political intention to show Islam in a bad light and harass Muslim men. Why are you not thinking of the abandoned Hindu women?”

“You say your government is concerned about Muslim women. Are you concerned about Shaista whose husband Tabrez (Ansari) was lynched recently in Jharkhand? Do you want to give justice to the mothers and wives of the other lynching victims — Akhlaque, Junaid and others?”

He accused the BJP government of trying to create “a hostile atmosphere for Muslims so that they are branded terrorists, lynched on the street or sent to jail in matrimonial disputes”.

DMK’s Kanimozhi asked the government to bring in the women’s reservation bill and crackdown on honour killings if it really wanted to empower women. “Why are Hindu men not being sent to jail for abandoning their wives? We oppose the bill; we are not going to leave the minorities of this country to live in fear.”

“Yours is a clear political motive to target the Muslim community. Why three ordinances on triple talaq?”, he added.

“The instant triple talaq has already been scrapped. Why are you criminalising a civil matter? Why are you not influencing the divorce process in other communities? If the triple talaq is illegal, why are you separating the husband and the wife on that basis?”

The Lok Sabha had passed the triple talaq bill last year but it got stuck in the Rajya Sabha, where the government lacks the numbers. The bill had lapsed after the dissolution of previous Lok Sabha with the bill pending in Rajya Sabha. It now faces another test in the Upper House.