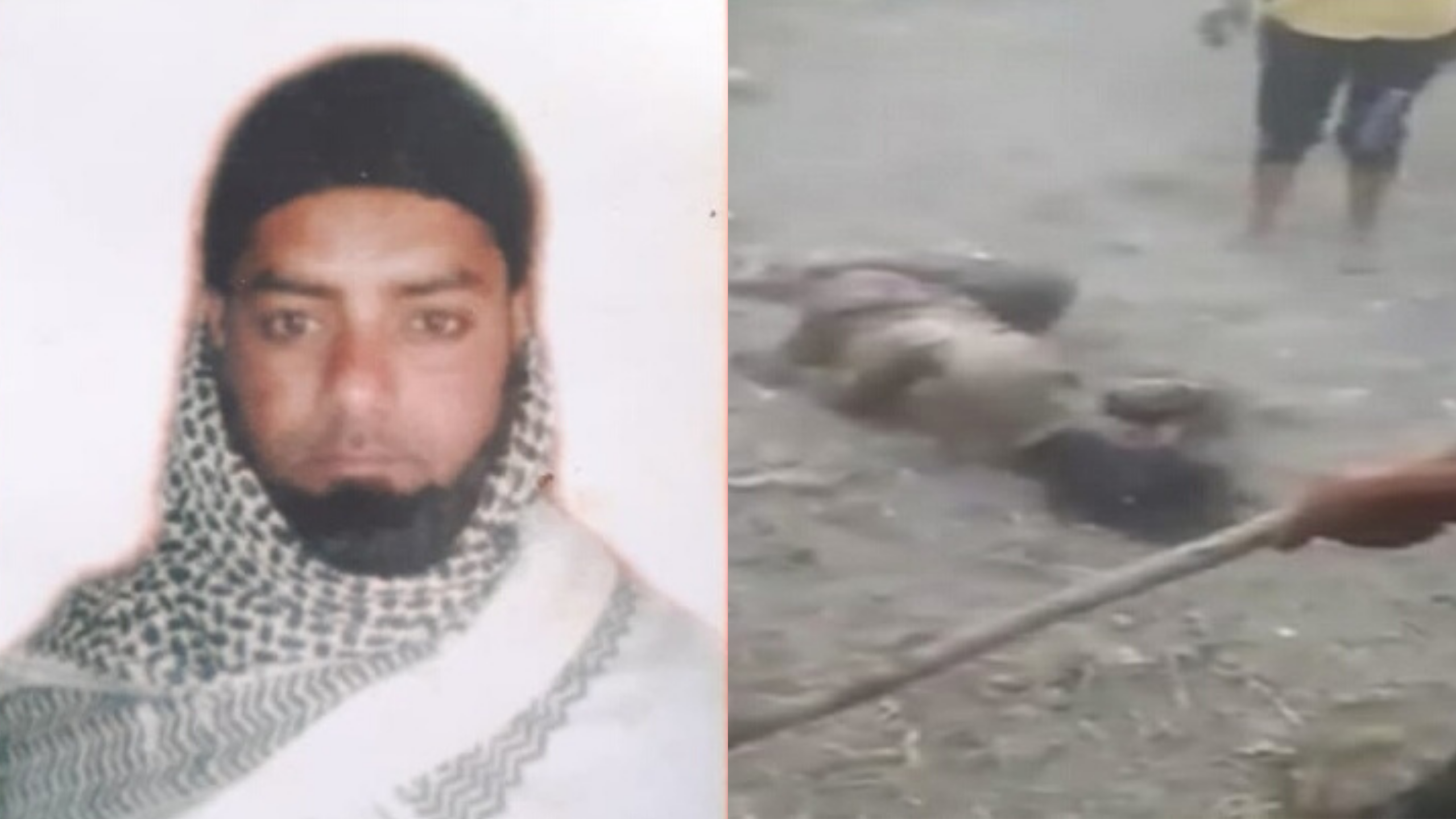 A Muslim man was lynched by bloodthirsty villagers on June 18 in Dehra village near Deoband town of Saharanpur district in Uttar Pradesh. The incident came to light after a video of the man seen lying on the ground as attackers wielding sticks surrounding him, went viral on social media.

In the video the villagers can be seen calling Israr, the victim, as ‘terrorist’ and shouting that ‘they spread corona’ in reference to the Muslim community. The villagers are seen hitting Israr with sticks as he lies lifelessly on the ground.

A guy named Israr was killed by a mob in a village, according to victim's brother, when he reached at spot, mob was calling Israr a terrorist and beating him with stick.

A carpenter by profession, Israr left his village of Imliya to the neighbouring Kutesra village to measure furniture at a customer’s place, his brother Gulfam told The Live TV.

While on his way, he was accosted and beaten up mercilessly with sticks and rods.

“They are saying that he injured a child (while riding his motorcycle). I met that child and he is fine but they have destroyed our peace,” Gulfam told TwoCircles. As Israr was riding his bike, the child had accidentally got injured, his family claims.

When the news of Israr being attacked reached the family, his brother along with some villagers went to the spot where they found Israr being beaten up.

The FIR filed on the basis of the complaint of the victim’s family has been registered under sections 302 (murder), 147 (rioting), 342 (wrongful confinement). The accused named in the FIR are Sunda, Dharmveer, Rohit, Nitin, Johru, Satu, Dharmendra, Ravi, and Vijay. Two others have not been identified yet. All the accused are from Dehra, said the police.