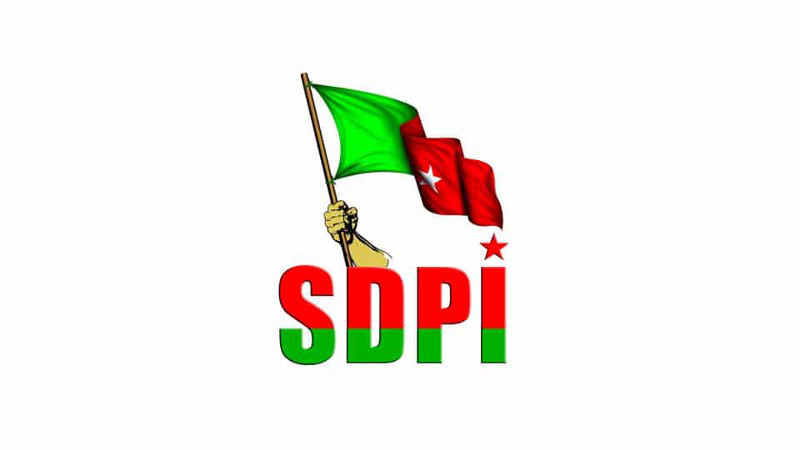 Mysuru: The Social Democratic Party of India (SDPI), the political offshoot of Popular Front of India (PFI), which had said it would contest in around 50 seats across Karnataka, has decided to withdraw candidates in all but three seats.

The party’s decision is likely to help the Congress in crucial electoral constituencies, as both parties are dependent on Muslim votes.

Is SDPI’s decision to pull back its candidates, a strategy to help the Congress? How are its supporters reacting to the party’s decision?

In an Interview with The Cognate’s Shaik Zakeer Hussain, PFI’s State President and SDPI’s spokesman Mohammad Shakif explains the reasons behind his party’s decision and more.

Last year, SDPI’s State President Mr. Abdul Hannan told your party’s working committee that SDPI will contest in at least 50 constituencies in the Karnataka Assembly Elections. But when you released your list of candidates, SDPI announced that it’s fielding candidates in only six constituencies, and now, with less than a month to the elections, you have further cut down the list, and are only contesting in three constituencies.

How did the number go from 50 to 6 and now 3? What are the reasons behind this?

Given the current political environment in the country, any small experimental will have far-reaching consequences.

Our idea of positive politics is to educate people. It’s to make people aware of their political and constitutional rights. It’s to organise them and make them contest elections.

What parties like Congress are trying, is to create the fear of RSS and BJP among Muslims. By creating this fear, they want to consolidate minority votes, Dalit votes, and some Hindu votes, and win elections. This is the political game of Congress.

And the BJP, on the other hand, creates the fear of Muslims and Christians among the Upper Caste Hindus. That’s the game of BJP and the Sangh Parivar.

Today, the country is caught between this fear politics of Congress and BJP.

Coming to the elections in Karnataka and our decision to pull back candidates. Our party is in a situation, that if we contest in the 50 seats we had planned earlier, we will take away anywhere between 3000 to 30,000 votes in each of these constituencies. This will directly help the BJP.

Our only agenda in this election is to stop BJP from coming to power. We do not want to help fascist forces in this country, either directly or indirectly.

So, after a detailed analysis, and after consulting with community leaders, intellectuals and other, we have decided that we will contest only in Narasimharaja Constituency in Mysuru, Chickpet in Bengaluru, and Kalaburagi (Gulbarga) North Constituency. We are 100% sure of winning in these three seats.

So, you were not sure about winning in the other three seats?

Elections are not just about winning seats. It’s primarily about creating awareness. It’s about educating people about their rights.

Unfortunately, elections in our country have been reduced to instilling fear of the ‘others’ and influencing voters by using the money.

Yes, we were not sure about winning the other constituencies. But that was not our primary goal as well.

You say SDPI contesting in these constituencies would have split Muslim votes. That’s what your detractors in the community have been saying so far. And it looks like, you too believe in this argument?

Since we speak and work for the rights of minorities, Dalits and other downtrodden sections of society, we are bound to split the traditional vote bank of Congress.

You need to blame the fear politics of both the Congress and BJP for this. It’s their failure that, Indian politics today is nothing more than asking votes in the name of religion and caste, instead of development and other vital societal issues.

Also, in electoral politics, every party goes through a slow and long process of evolution. SDPI is evolving too. We are building strength every day. Today, we may be splitting the votes of Congress, but we are working in such a way, that tomorrow, we will have the capabilities of splitting BJP’s vote bank too.

Your candidates in all the six constituencies have been campaigning for many months now. Your supporters in these constituencies were looking forward to voting you to power, especially since you promised them better governance and alternative politics.

Now, by withdrawing from three of these constituencies, don’t you think your party has betrayed the trust of the people in these places?

In a survey conducted by our party, we noticed that votes were getting split between Congress and SDPI, directly helping the BJP to win the seats. We saw this in Sarvagnanagar, Hebbal and Bantwal.

That’s the reason, after a thorough deliberation we came to this decision. We did not take the decision based on haste. It’s a well planned out strategy to avoid the splitting of Muslim votes in these three constituencies.

And our party has been working in these constituencies for years. People are aware of our work, and understand the reason behind our move. We will ensure that next time, we will work towards consolidating more votes, to avoid this kind of situation.

Let’s talk about your three candidates. Your Narasimharaja Candidate Abdul Majeed, contested and lost the previous elections, by a thin margin of 4000 votes. Your Chickpet candidate Mujahid Pasha, had won the last BBMP elections. And in Kalaburagi (Gulbarga) North, your candidate Mohammed Mohsin too seems to have a fair chance, since Congress’ Qamar ul Islam is no more.

How confident are you of winning these seats?

We are pretty confident.

People in Mysuru North (Narasimharaja) are tired of Mr. Tanveer Sait, who is the local MLA there. They want to get rid of him. In Chickpet, like you mentioned our candidate is a corporator. People are aware of his hard work and good governance. And in Gulbarga North, former minister Mr. Qamar ul Islam’s wife is the Congress candidate. People there are struggling for basic civic amenities, and Congress has failed the people of Gulbarga miserably. People are looking for an alternative. SDPI is that alternative.

Will SDPI campaign for Congress in other constituencies?

We will obviously support the Congress.

If we have to defeat BJP, we have to look for an alternate powerful party, which has a high chance of winning the elections. In some seats, we are also supporting the JD(s), since the Congress candidates there have little or no chance of winning. If we support the Congress there, BJP will win. Now, you can argue, that JD(s) is an indirect BJP, but there is a difference between indirect BJP and direct BJP.

We are also supporting some Dalit activists, who are contesting elections this time.

And how does your tacit support for Congress in these constituencies describes your opposition to the same party in the places you are contesting? How do you explain this contrasting policy to the people?

There is a lot of awareness among people. They understand the reason, why we take such steps.

Congress is not their natural choice, it’s their forced choice. It’s out of sheer helplessness that people, especially Muslims vote for Congress.

They know that Congress has done nothing for them. They are aware that Congress could have stopped fascist forces from coming to power, but they did not. They do not see any other viable political platform, they can put their aspirations on.

In this situation, SDPI is emerging as that alternate political party, that people can put their trust on. That’s the reason, why we are asking people to send three of our candidates to the Assembly, along with the Congress, so that we can fight for their constitutional rights. If people only vote for the Congress, another five precious years will go for a waste.