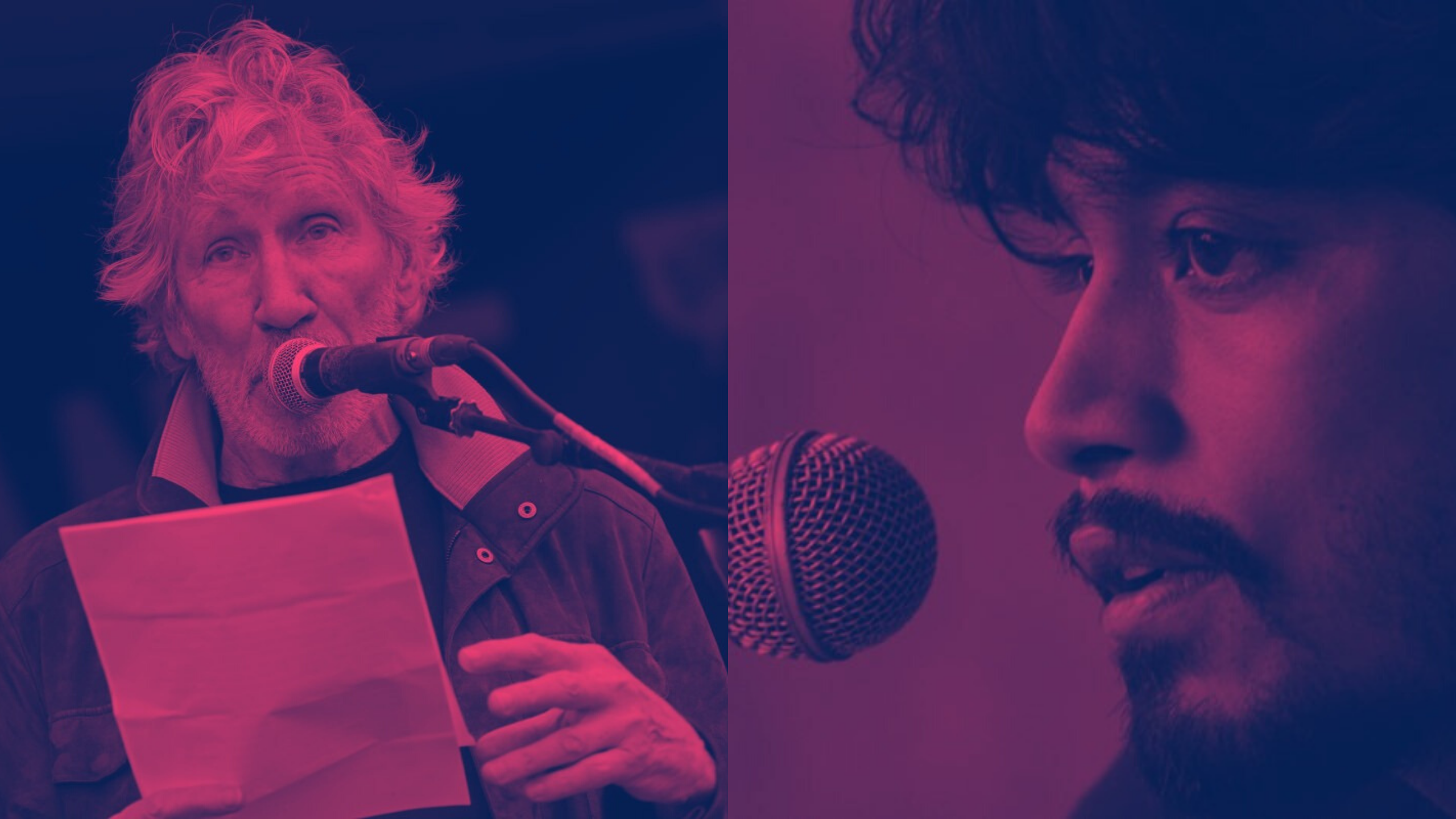 Waters, who was at a protest site in London last week to demand the release of Wikileaks founder Julian Assange, came down heavily against the Modi regime and recited the poem ‘Sab Yaad Rakha Jayega (Everything will be remembered)’ by Delhi-based poet-lyricist-balladeer, Aamir Aziz, who had penned it in protest against CAA and NRC.

Aamir, who has written popular protest songs and poems of dissent such as Achche Din Blues, The Ballad of Pehlu Khan, Jamia Ki Ladkiyaan and Main Inkaar Karta Hoon, had written this poem on 11 January, just days after the attack on JNU students. He also performed it at the massive anti-CAA protests in Hyderabad on the eve of Republic Day. Shared widely on social media, the poem has become an anthem for people protesting against the divisive law.

“This is a young man none of us know, his name is Aamir Aziz. He is a young poet and activist in Delhi. He is involved in the fight against Modi and his fascist, racist citizenship law. I will read a little bit from one of his poems,” the musician said, endorsing the anti-CAA protests and criticising the Indian Prime Minister.

“This kid has got a future,” he remarked in the end.

(1/2) Each week from @tri_continental, I send out a newsletter. Last week's newsletter had a short extract from Aamir Aziz's Sab Yaad Rakha Jayega. Roger Waters of Pink Floyd read it, loved it, and recited it at the rally for Julian Assange in London. He slammed the Modi regime. pic.twitter.com/mCFkwdlODA

“Julian is why we are here today, but this is no parochial protest. We are part of a global movement that might be the beginning of the global enlightenment, which this fragile planet so desperately needs,” the 76-year-old global icon said.

One of the greatest and most successful rock bands of all time, Pink Floyd’s music and lyrics often spoke of anti-war sentiment, and fight against the establishment. Waters, who has been extremely vocal about the Israeli occupation of Palestine, is also a member of the Boycott, Divestment and Sanctions (BDS) movement in solidarity with Palestinians.