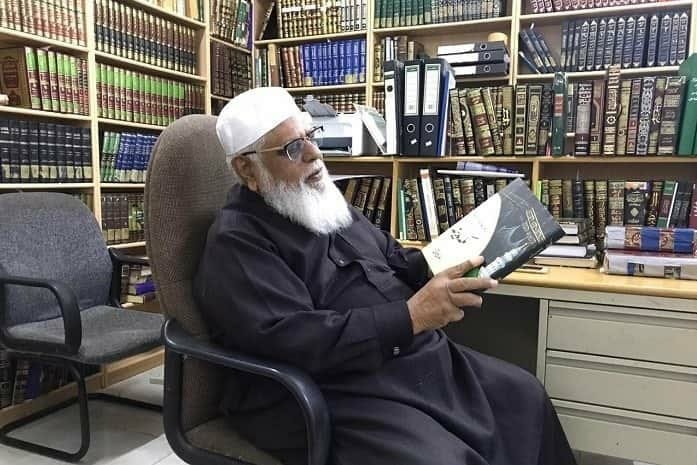 Shaykh Muhammad Dhiya Ur-Rahman Azmi, a renowned scholar of Hadith and a Muslim convert from Hinduism passed away Thursday on the day of Arafah in the holy city of Madinah in Saudi Arabia, where he had served as the Dean of Faculty of Hadith at the Islamic University of Madinah and later as a teacher at Masjid an-Nabawi.

Shaykh Dhiya Ur-Rahman Azmi was born Banke Laal in a Hindu household in 1943 in the village of Bilariyaganj in Azamgarh, India. He reverted to Islam at the age of 16, convinced by Islam’s teachings of oneness of God.

After obtaining a degree in Arabic and Islamic studies from Jamia Darussalam in Oomerabad in Tamil Nadu, he then completed his undergraduate studies at the Islamic University of Madinah. He was the first Hindu convert to be accepted to Madinah University.

He obtained his Master’s degree from King Abdul Aziz University in Makkah, which later became known as Umm al-Qura University. Shaykh Azmi went on to attain his PhD from Al-Azhar University, Cairo.

In recognition of his outstanding contribution to the science of Hadith, he was granted citizenship of Saudi Arabia.

Although Shaykh Azmi authored dozens of books on various important Islamic topics, it is his voluminous compilation of authentic Hadith titled “Al-Jami’ al-Kamil fi al-Hadith al-Sahih al-Shamil”, which stands out. The 20 volume book is a collection of over 16,000 ahadith and the first book of its kind that brought together all sahih narrations.

His other notable work is the “Encyclopedia of the Glorious Qur’an” in Hindi.

Shaykh Azmi narrated his story of conversion from Hinduism to Islam in his book “From Ganga to Zamzam” in Urdu.