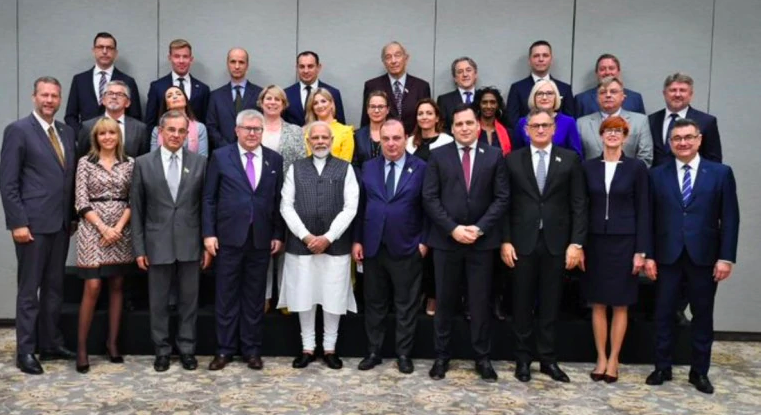 The unofficial EU delegation after meeting PM Modi in New Delhi earlier in the day. (Twitter/MEAIndia)

Srinagar: Over a dozen people were injured on Tuesday in clashes between protestors and government forces in Kashmir where a complete shutdown was observed on the eve of European Parliamentarian’s visit to the restive region.

A delegation of 23 European Union MPs arrived here for a first-hand assessment of the situation in Jammu and Kashmir following revocation of the state’s special status under Article 370.

Protests and clashes erupted in many parts of Kashmir Valley following the Europian delegation visit to acess the situation the situation in the valley. Photo by: Muzamil Mattoo

Police officials said clashes broke out at several places in Kashmir including many parts of the Srinagar city between protestors and security forces.

Angry protesters raised anti-India slogans and pelted stones on forces deployed in heavy numbers in downtown areas of Srinagar City. The protesting people were chased away by government forces.

Forces used tear smoke shells to disperse the protesters however, a police official maintained that the situation remained peaceful throughout the day.

The shutdown in the valley was tighter today and even street vendors are absent in Srinagar.

According to sources, the delegation was given a presentation by the Jammu and Kashmir administration. The police also briefed the delegation about the security situation in the Valley.

Talking to reporters, one of the member, Hermann Tertsch said “we are aware of the fact that we have been kept away from the people,”

Sources said the first foreign delegation to visit Kashmir after the abrogation of article 370 will also meet a cross-section of people in Kashmir.

The pro- Indian party in Kashmir, National Conference (NC) has termed the EU delegation’s Kashmir visit as a “PR exercise” and said that most of the members in the delegation share a “particular ideology”.

Barring a few, most of the MPs who are a part of the delegation are from far-right parties. The statement issued by a party spokesperson also termed the visit as “ironical” as former chief ministers of Jammu and Kashmir have been “incarcerated” for nearly three months after the abrogation of Article 370.

Tweeting on behalf of former J&K CM Mehbooba Mufti, her daughter Iltija said that political leaders detained illegally in the Valley since August to be shifted to another hotel as it cost the state Rs 3 crore. She also slammed the Centre for organising a “curated, sanitised” picnic to Kashmir.

“EU MPs on a curated sanitised picnic to Kashmir. New benchmarks of normalcy,” Iltija tweeted on behalf of her mother.

EU MPs who suffer from Islamophobia to visit Kashmir: Owasi

Meanwhile, AIMIM chief Asaduddin Owaisi slammed the Modi government for allowing a foreign delegation of EU MPs to visit Kashmir. He also pointed out that most of the MPs who are a part of the EU Parliamentary delegation suffer from Islamophobia.

“Fantastic Choice of MEPs who suffer from a disease -Islamophobia (Nazi lovers) are going to Muslim majority Valley, sure people will welcome them by ‘Ware Paeth Khoshh Paeth’,” he said.

He also accused the government of double standards.

“Gairon pe karam apano pe sitam, ai jaan-e-vafaa ye zulm na kar, rahane de abhi thodaa saa dharma, (being kind to others while torturing your own, don’t do this, let their be a little justice),” he said retweeting a media report.

Meanwhile, Normal life remained disrupted in Kashmir for the 86th day following abrogation of Article 370 and bifurcation of Jammu and Kashmir into two union territories. Markets remained closed while transport remained off the roads due to the clashes, the officials said.

Vendors, who had regularly set up their stalls over the past two months, also did not turn up today, they said.
While landline and postpaid mobile phone services have been restored across the valley, all Internet services continue to remain suspended since August 5.

Most of the top-level and second-rung separatist politicians have been taken into preventive custody while mainstream leaders including two former chief ministers — Omar Abdullah and Mehbooba Mufti — have been either detained or placed under house arrest.
`
The government has detained former chief minister and sitting Lok Sabha MP from Srinagar Farooq Abdullah under the controversial Public Safety act. 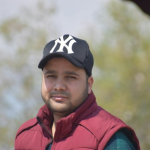