The unexpected early summer shower gave a calm, inviting charm to the small town of Hajo, situated by the mighty Brahmaputra in Kamrup district, around 30 km away from Guwahati.

Hajo is a sacred town for three communities in Assam: with several Hindu temples, Buddhist pilgrim centre and a Muslim shrine. Atop the Garurachala hills, a few kilometres from Hajo town sleeps the revered Chishtiya Sufi master Ghiyasuddin Auliya, who came all the way from Tabriz to preach Islam in this part of the world in 12 century CE. The local Muslims believe that he brought a lump of earth from Mecca, along with 70 disciples, and built a khanqah (Sufi centre) upon it. Qutubuddin Bakhtiyar Kaki, who is adored in Sufi circles for taking the Chishtiya order and Islamic mysticism beyond Ajmer, was Ghiyasuddin’s master.

The wind was still bringing cold air atop the hill. Pilgrims were already leaving; in proportion to the size of the compound that includes the dargah, masjid and other structures – all architecturally unremarkable – the place was not at all crowded. The tiny shops that sold flowers and decorated chadar along with cheap clothes and cosmetics were getting closed before time, due to the rain. A few mentally challenged women and some beggars were slowly settling down after their day’s work. Another languishing group was wandering babas, as they are seen around any saint’s grave across South Asia, obviously seemed to have lost counts of the seasons. Several stray dogs inhabited the places, mostly resting on the stairs to the mazaar, probably indulged in their own fikr (contemplativeness).

Attached to the dargah and the mosque, there were two large halls meant to accommodate visitors, patients and the homeless. In the semi-lit verandah of the adjacent building, we were drawn towards a mystic woman. Aura attracts you like a magnet, as Sufis often put it. This charming woman, apparently in her mid-40s, looked at us through the dark, wearing a surprisingly clean and simple saree. Her countenance was pleasant and welcoming; she stood up and returned our greeting. Rubjan Khatun was her name, a devotee of Ghaus baba – as Ghiyasuddin Auliya was fondly called by devotees – living in service of him. Originally initiated to the Chishtiya Sufi order, Rubjan later joined the Qalantari tariqa (order).

A few meters away, from a grim corner of the next building, two mentally ailing women shouted in a quarrel. Rubjan studied them for a while and returned her glance to us. I asked if she didn’t feel scary, living in this place. She smiled, “Baba is here, I am not alone”. Having Baba around is good, but people can be mean. I tried to reprimand. She was nonchalant, “those who come with bad intentions get their reward; my intention is to serve baba and his devotees.”

Rubjan was born in Dokhin Shelmara and was married in Dulhl. She had two children, and “both returned to Allah” – her smile didn’t particularly fade when she told this – and her marriage was not intended to last. She made her mind to live in the company of Ghaus Baba 18 years ago and is still there. During this period, she was away from Poa Mecca for four years. Rubjan, like endless visitors and locals around, has no doubt that that Ghauz baba came all the way from Mecca carrying a lump of earth from the holy land, in order to bless this place and build the shrine.

“Poa” in the local language is quarter, and, according to local traditions, visiting this shrine with piety is tantamount to having performed one-fourth of a pilgrimage to Mecca. In some other versions, only seven visits to Poa Mecca are equated to a visit to Mecca. Ghiyasuddin Auliya came to this land with the message of Islam and converted the locals en mass through his miracles, as the legend goes.

However, the imam of the same mosque, 77-year-old Syed Musa Haq categorically dismisses the popular belief of a particular number of visits to the dargah being equalled to a visit to Mecca. He has another story to offer. “Mecca is where Masjidul Haram is situated and Kaaba is the centre of it. Hazrat Ibrahim and Hazrat Ismail built it; they were Allah’s prophets. It is the holiest place in Islam and no other place, including this dargah, could ever be equal to it, notwithstanding the number of times you visit. That is what Islamic doctrines teach you. This is a wrong understanding of the etymology of Poa Mecca.” It was surprising that the imam was unambiguously against the popular notion. He has been serving at the Poa Mecca mosque for last 30 years, interestingly.

The imam agrees that Ghiyasuddin Auliya built the khanqah in the 12th century and later in the 17th century during the Mughal rule, the masjid was made. He continues: “the Ahom kings were benevolent to this shrine even after the expulsion of Mughals from Assam (which took place in 1682). Particularly, Rudra Singha was a very good ruler and he entrusted one Fakir Anwar Hussain for the khidmat (service) of this shrine. There was an agreement: one quarter (ek poa) of the revenue from this place could be used for the development of the mazaar and the rest be given to the royal palace. Thus it was called Ek Poa Maqaam which gradually evolved to be Ek Poa Mecca and eventually Poa Mecca. Everything else is a lie.” He stopped the conversation. My friend, who has been working in Barpeta for years, told me about the influence of Tablighi Jamat in Kamrup area and assumed that the imam may be a member. As an Islamic revivalist movement, TJ rejected Sufi notions and customs.

However, the stone inscription placed on the wall of the mosque, in Persian, as translated by the Archaeological Survey of India, Guwahati Circle, endorsed the imam’s version. The plaque says that it was Mir Lutfullah Shirazi, a saint and disciple of Shah Ni’mathullahi, who built this mosque in 1657 when Prince Shurja, the son of Shah Jahan was the Governor of the Bengal region. Though the masjid was built only in the 17th century, the original khanqah was established by Ghiyasuddin Auliya in 12th century itself.

The signboards and promotional literature of Assam tourism department definitely preach Rubjan’s version. The sanctum has another grave as well – Kaalu Davan Mazaar. Nasrul Islam, who sells brief hagiographies of Ghaus Baba, written in Assamese, remembers several miracles he has heard about baba, from his parents and elders. Baba used to roam around the villages on a white horse; and at the same time he would appear in Mecca to offer namaz, Nasrul says – a very common miracle of many revered saints. During the annual feast that falls in April – we missed it – innumerable devotees climb the hills to salute baba and pray for prosperity.

We left an ever-smiling Rubjan in the middle of several stray dogs in that drizzling cold night and said our final salaams. She was a remarkable mystical presence. However, thinking about her now worries me. With the implementation of the heartless National Register of Citizens (NRC) and inhuman detention centres, how safe a woman like her would be, as she has shed all her worldly identities years before. Does the state listen to such souls?

The author, Muhammed Noushad is a freelance writer, translator and editor. He is the Co-founder and Coordinator of Kamura Art Community and Editor at Other Books, an independent publishing house based in Calicut. He can be reached at [email protected]. 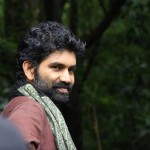