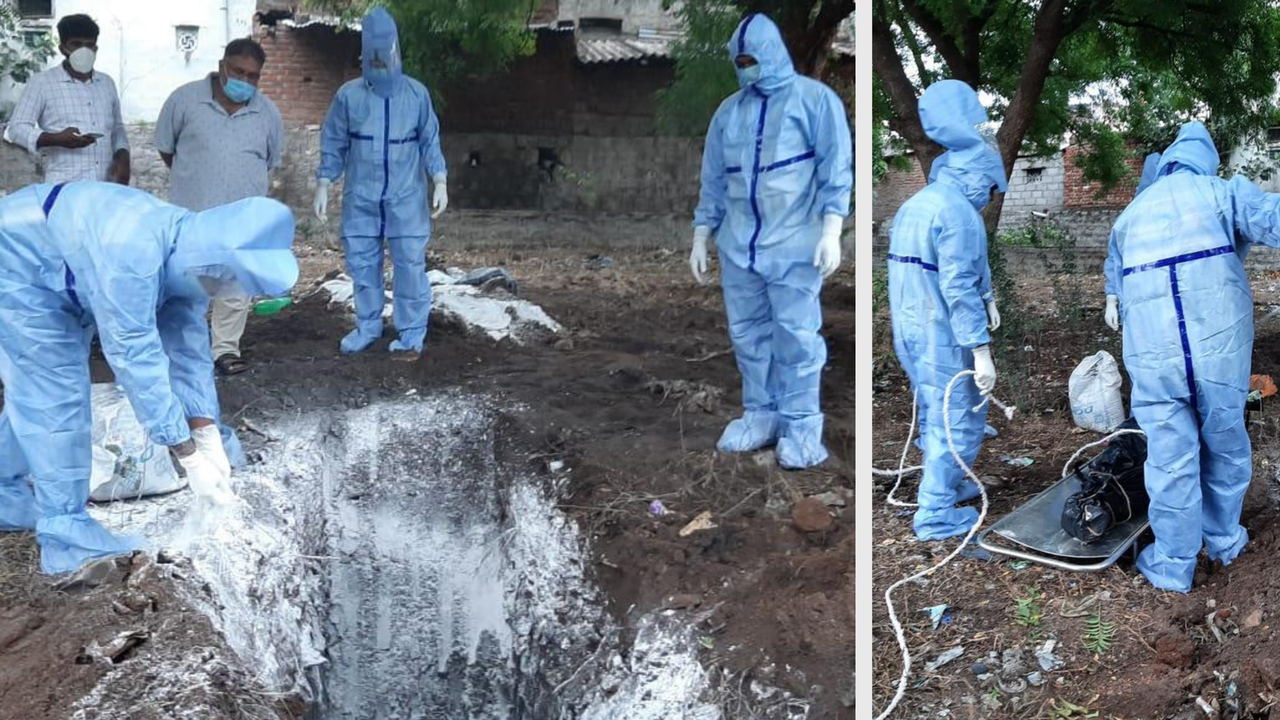 In a strange twist of fate, members of Popular Front of India (PFI) on Sunday performed the final rites of a BJP leader in Karnataka’s Gangavathi who passed away due to COVID-19.

Somashekar Gowda, a BJP leader in Koppal’s Gangavathi died of coronavirus on Sunday morning. The 54-year-old’s family members were quarantined and his own party members were reportedly not ready to facilitate his last rites due to the fear of the disease.

That’s when a team of PFI members stepped in and performed the last rites of the deceased BJP leader as per Lingayat traditions.

Speaking to the media, PFI’s district president Zaheer Abbas said that due to lack of knowledge about COVID-19 and the stigma created around it, people are staying away from performing the last rites of victims. He said his team of activists followed all the health guidelines and precautions and facilitated the funeral of the late BJP leader according to his religious beliefs and the consent of his family.

Since the breakdown of the coronavirus pandemic, members of PFI have facilitated last rites of hundreds of COVID victims irrespective of their religion across the country.

However, despite the noble work carried out by the organisation, it had to face opposition from BJP, who attempted to stop it from performing the last rites of victims.

In June, BJP leader and former Maharashtra chief minister Devendra Fadnavis pressurised the Pune Municipal Corporation (PMC) to discontinue PFI’s service from performing the last rites of COVID victims, claiming that it would give legitimacy to the organisation.

The organisation, however, continues to offer its services by giving dignity to the dead, when their own family members turn away from performing their burials.