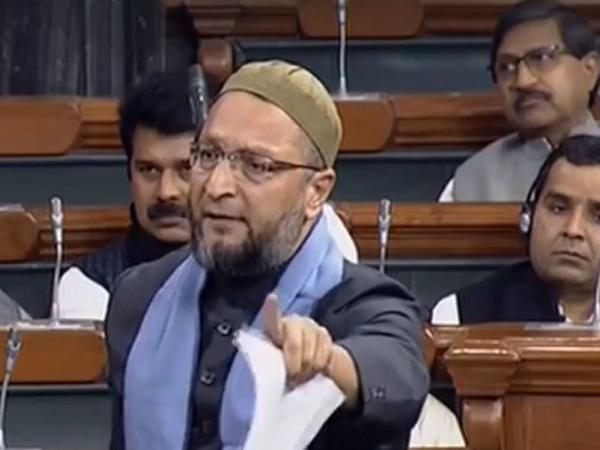 While the BJP government’s overtly political and malicious Triple Talaq Bill was passed in the Lok Sabha on Thursday, All India Majlis-e-Ittehadul Muslimeen (AIMIM) chief Asaduddin Owaisi opposed it vehemently, claiming that the proposed legislation was an attack on the constitutional rights of Muslims.

Participating in a debate in the Lok Sabha on Muslim Women (Protection of Rights on Marriage) Bill, Owaisi said that 100 per cent of the Muslim population is against the move to criminalise triple talaq as it is against the rights of faith and belief provided in the constitution.

Despite opposition from Muslims, the Lok Sabha passed the Triple Talaq bill which criminalises the practice of instant divorce with a provision of three-year jail term for the husband. The Bill doesn’t provide any clarity on who would provide maintenance to the wife once the husband is in jail and it shuts doors on any possibility of reconciliation between the couple, tearing apart Muslim families.

He said while adultery has been decriminalised, and there is nothing to stop men from indulging in extramarital affairs, but triple talaq is being made criminal offence.

“If your faith is your faith, then my faith should also be my faith. Your (Government) intentions are not clean. You can bring your own law, but we will not forfeit our religion,” Owaisi said.

“This law is to only bring Muslim women to the roads, to ruin them and weaken them, and to put Muslim men in jail,” he said.

The Triple Talaq Bill was re-introduced in the Lok Sabha by the BJP government on Thursday after it failed to secure a majority in the Rajya Sabha in September this year. The Bill will now have to be passed by the Rajya Sabha to become a law, failing which it will be null and void again.