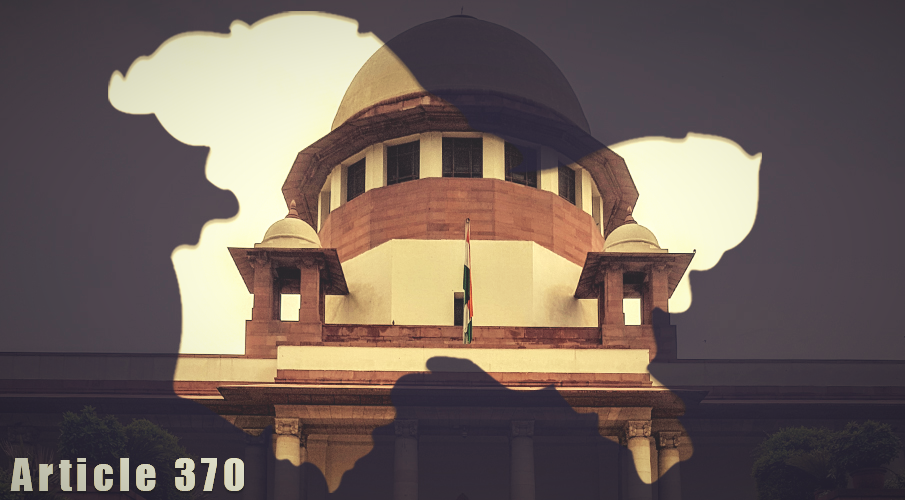 Two Lok Sabha MPs from the Jammu and Kashmir National Conference have approached the Supreme Court, challenging the President’s order on revoking special status of Jammu and Kashmir, contending that the decision has taken away rights of Kashmiris without their mandate.

Arguing that the legislation approved by the Parliament and the orders issued by the President was “unconstitutional”, the petitioners asked for these to be declared as “void and inoperative”, maintaining that the consent of the Legislative Assembly of Jammu and Kashmir was not taken into consideration before scrapping Article 370. It also challenged the J&K Reorganization Act, 2019 bifurcating the state into the Union Territories of Ladakh and Jammu and Kashmir.

The petitioners, Mohammad Akbar Lone and Hasnain Masoodi, represent the Baramulla and Anantnag constituencies respectively. Lone is a former Speaker of the Jammu and Kashmir Assembly and Masoodi is a retired judge of Jammu and Kashmir High Court who ruled in 2015 that the Article 370 was a permanent feature of the Constitution.

Passed in October 1949, Article 370 of the Indian Constitution, allowed Jammu and Kashmir to have its own Constitution and limited the Parliament’s legislative powers over the state. On 5 August 2019, the BJP-led Central government scrapped Article 370 and imposed martial law on millions of Kashmiris, cutting off the internet and telephone lines, banning journalists and setting a curfew.

Former J&K Chief Ministers, Omar Abdullah, Mehbooba Mufti and several other political leaders are also under arrest with thousands of troops deployed in the state in an unprecedented clampdown imposed on Kashmiris.

On Friday, protests took place in many parts of Kashmir amid heavy security presence, Reuters, the Washington Post and Al Jazeera reported.

Although the news agencies reported that a crowd estimated to be as large as 10,000 had taken to the streets in Srinagar, the Indian government played it down and claimed the situation was under control.

According to a Washington Post report, from Srinagar, the security forces told protestors to turn back. However, when they refused, troops resorted to pellet guns and tear gas. Eyewitnesses told the Post that at least eight people were wounded in pellet gun attacks on Friday.

“Some women and children even jumped into the water,” a witness told Reuters at Srinagar’s Sher-e-Kashmir Institute of Medical Sciences, where pellet victims were admitted. “They [the police] attacked us from two sides,” another protestor told the news agency.