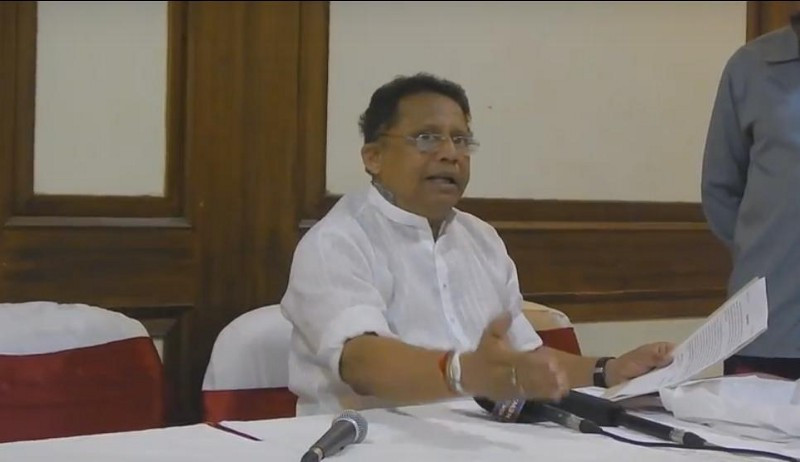 Bengaluru: The BJP and Bazm-e-Qasmi, a national level body of Ulemas, have joined hands for what they describe as a campaign to clear encroachments on Wakf properties across the country.

In what could be termed as a first of its kind alliance, between members of BJP and certain Muslim clerics, who have historically denounced the Saffron party, for its alleged anti-Muslim agenda, Mr. Anwar Manippady, BJP leader and former chairman of the Karnataka State Minorities Commission, told The Cognate that a nationwide ceremony — ‘Jeeth Jashn’ (Victory Celebration) will be launched in Harohalli Garubaidoddi village in Ramanagar district on September 14 to celebrate the recovery of Wakf property.

According to Mr. Manippady, “In Harohalli Garubaidoddi village in Ramanagar district Bengaluru a total of 20 acres of land belonging to Jumma Masjid Eidgah, and the villagers was encroached upon. Though the property was registered with the Wakf board, but a sugar factory was built illegally on the land. The SPR Sugar Factory Ltd’s owners headed by one Thimme Gowda drove away the villagers by threatening dire consequences and finally dumping hot ashes in and around villagers houses making them unable to move about.”

Speaking to The Cognate, Mr. Manippady said, “that the villagers approached every government authority and all their leaders (specially minority leaders), however no one took any action, except shedding crocodile tears.”

Mr. Manippady said that it was under the former BJP government, under his role as a Chairman of the Karnataka State Minorities Commission, that he took up the 2002 government settlement order and high court direction and “forced government authorities to demolish the wall and the fence and got the Eidgah land restored and Eid prayers conducted for the first time in 18 years.”

“This is a unique achievement because Wakf property has been reclaimed for the first time anywhere in India,” Mr. Manippady said. “We need to spread this message that Wakf property will always remain with the Wakf board as per a Supreme Court order. Lakhs of acres of land belonging to the Wakf board have been encroached upon across the country.”

Mr. Manippady, who has claimed that Wakf properties of over 54,000 acres worth close to Rs 5 lakh crore have been encroached by minority Muslim ministers, said the reclaiming of Wakf land in Ramanagar district was just the beginning and many more properties would be recovered in the days to come.

A model township will come up on the Wakf land reclaimed at Garubaidoddi. A total of 2,000 houses will be constructed for the poor.

A school, a hospital, a madrasa and small-scale industries will be set up with the help of the State government and the Centre, Mr. Manippady said.

At least 25 per cent of the houses will be allotted to people of other communities. “The land earlier belonged to the Wakf board and about 600 families were living there. A sugar company later evicted them and encroached upon the land. The evictees will get the proposed houses,” Mr. Manippady added.