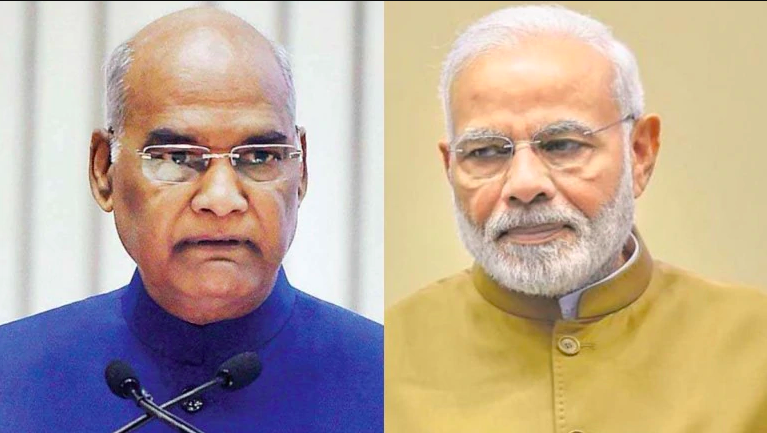 Muslim leaders and intellectuals have appealed President Ram Nath Kovind and Prime Minister Narendra Modi to take adequate measures including an appeal to the people of the country to desist from spreading communal hatred. They asked the duo to send an advisory to all state governments to take penal action against hate propaganda carried by individuals and groups as well as mainstream and social media at a time when the country has to fight the pandemic together.

In a joint statement, they said that while it’s a matter of relief that when compared to many other countries, India is doing a lot better in preventing the coronavirus by reducing its horror to a remarkable level, they cautioned against holding any particular group responsible for deliberately spreading the pandemic in the country.

“But once coronavirus infection was confirmed in the case of some attendees of the congregation at Nizamuddin Tablighi Markaz, a furious propaganda is getting widespread day by day that Muslims as a community is responsible for the current pandemic situation in the country. Unfortunately, some social and political segments are deliberately deploying various means at their disposal to communalise this public health issue for spreading hatred against Muslims. In particular, Nizamuddin Markaz Masjid and Tablighi Jamaat are viciously targeted and accused of being the carriers of the coronavirus. Many objectionable and derogatory terms like ‘Tablighi Virus’, ‘Corona Jihad’ etc are being propagated in an organised way,” the statement said.

“The Islamophobia content aired by many major media houses has made the situation worse. Consequently, we have reports from some parts of India that innocent Muslims are being attacked and patients are denied medical treatment based on their religious identity. The attack on Masjid at Delhi by a mob alleging Muslims spreading the virus is also a result of the Islamophobic content propagated through mainstream media and social media.”

While welcoming the efforts of some state governments, who have taken note of the situation and have warned about stringent action against the perpetrators of hate, the Muslim community leaders also pointed out the lack of efforts by the Central government to curb the menace of the communal virus.

“On the other hand, the updates on coronavirus cases released by the Union Health Ministry particularly refer to the number of Tablighi Markaz connected cases which is like pouring fuel to the communal fire,” they said.