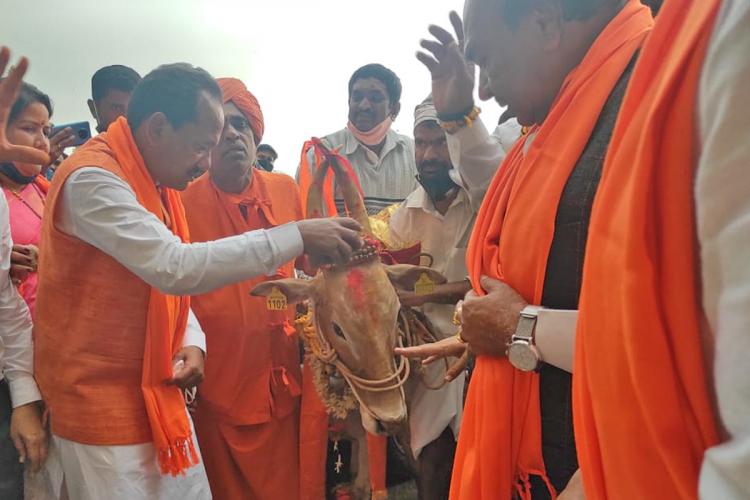 The draconian Karnataka Prevention of Slaughter and Preservation of Cattle Bill 2020 was passed in the Legislative Council on Monday following a voice vote, despite protests from the Congress and JD(S) legislators with several of them even tearing copies of the Bill in the Council.

The vote came after a lengthy round of heated debates in which the Opposition brought up several contentious issues in the Bill, particularly the legal protection offered to ‘good samaritans’.

But despite their protests, the Opposition failed to stop the Bill from being passed by the BJP.

The BJP had 28 MLCs present at the time of voting while the Congress and JD(S) collectively had 31 MLCs present. Despite the numbers, the Opposition parties failed to prevent the passage of the Bill. The Council was adjourned till 11 am on Tuesday.

Under the Bill, ‘cattle’ is defined as cow, calf of a cow and bull, bullock and male/female buffalo below the age of thirteen years. Slaughter of cattle will be a cognisable offence and will attract three to seven years of imprisonment and a fine that shall not be less than Rs 50,000, extendable up to Rs 5 lakh.

A police officer of sub-inspector or higher rank, or a competent authority has the power of search and seizure, if they have “reason to believe that an offence under this Act has been committed”. After the seizure, the officer shall report it “without unreasonable delay before the Sub-Divisional Magistrate for confiscation.” The Bill also recommended constituting special courts for the purpose of speedy disposal of disputes under this Act.

The law also refers to “any person exercising powers under this Act” as people acting in “good faith”, raising grave concerns over violent vigilantism.

The passing of the Bill is a death knell to lakhs of butchers and their families who are dependent on the trade and to agriculture and farmers in general.