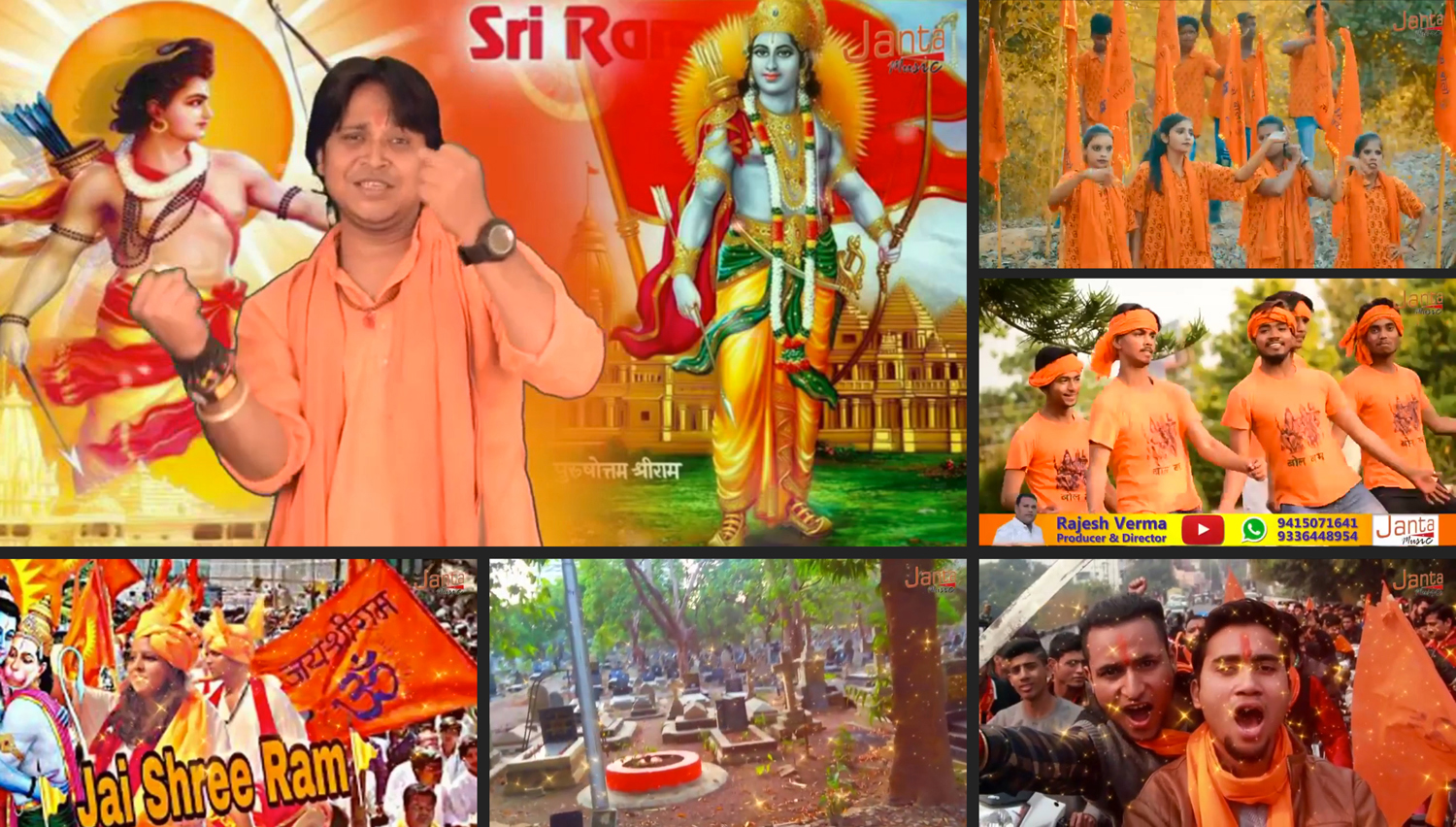 Varun Bahar, the singer of “Jo na bole jai shree Ram, bhej do usko qabristan” song, which calls for the killing of those, who do not chant the name of Ram, was arrested from Uttar Pradesh’s Gonda district on Friday.

Bahar was arrested from Bandarah village in Mankapur at 3 AM for uploading the provocative and hate inspiring song on social media, police said.

The singer, who is notorious for sexually demeaning women in his songs had uploaded the inflammatory song on YouTube on 23 July, featuring himself in an all-saffron outfit, with images of young men carrying swords and threatening people, and groups of saffron-clad boys and girls dancing.

The song begins with the singer singing in Hindi: “Bhagwadhari, sabpe bhari, chale hain apna seena taan / Jo na bole Jai Shri Ram, bhej do usko kabristan (Saffron wearers are mightier than all, they stride with their chests swollen / Those who do not chant the name of Ram, send them to the graveyard).”

On Wednesday, political activist Tehseen Poonawalla protested against the video on Twitter and wrote, “Dear Delhi Police, I am requesting you to file a complaint under IPC 153(a) and 295(a) against the makers of this video. This video incites mob violence against the citizens of India. Failure to do so will be contempt of Supreme Court.”

Dear @DelhiPolice,
I am requesting you to file a complaint under IPC 153(a) & 295(a) against the makers of this video. This video incites Mob Violence against the citizens of India. Failure to do so will be contempt of SC (Tehseen Poonawalla vs UoI ) @CPDelhi 1n pic.twitter.com/HO965zb6xy

He followed it up with another Tweet, saying he will protest outside PM Modi’s residence in Delhi by playing the video song out loud if an FIR is not registered against the makers of the video.

If a FIR against this hate video makers is not registered by you, I, Tehseen Poonawalla will protest by playing this video outside the residence of hon @PMOIndia shree @narendramodi ji.
Kindly take note .
Cc @HMOIndia @CPDelhi@DCPCentralDelhi @DCP_CCC_Delhi @DelhiPolice pic.twitter.com/g1oYvqqxn2

In the past, several FIRs had been registered against Bahar for his raunchy and provocative songs.

He will be produced in court later in the day.