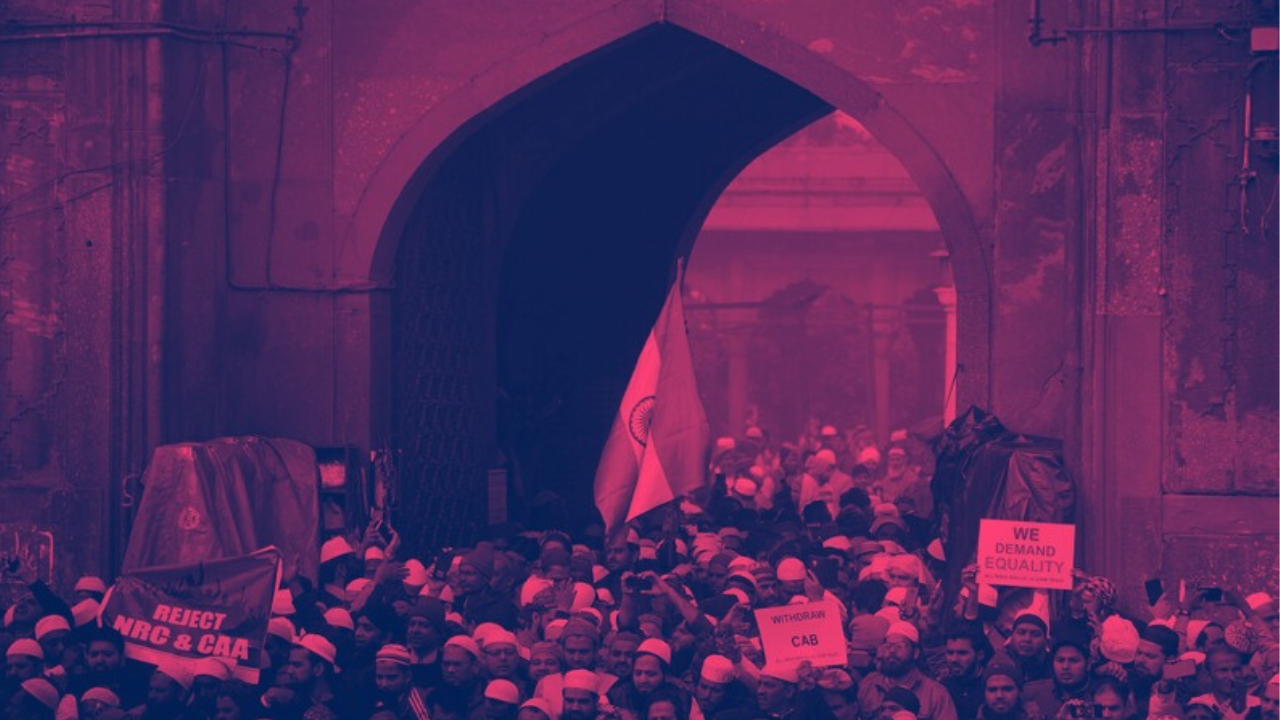 A recent report of Human Rights Watch (HRW) has alleged that the Indian government is using its law and policies to systematically discriminate against Muslims and stigmatize those who criticize the government.

The report was released two days before 23rd February which marks the first anniversary of the Northeast Delhi Pogrom that took place in February last year. Reportedly, around 53 people were killed in that pogrom, out of which 40 were Muslims.

According to the Citizenship Amendment Act, members of Hindu, Sikh, Buddhist, Jain, Parsi and Christian communities who have come from Pakistan, Bangladesh and Afghanistan till December 31, 2014, and facing religious persecution there will not be treated as illegal immigrants but given Indian citizenship. The Act intentionally leaves out Muslims.  The BJP-led government has said the new law will be followed by a National Register of Citizens (NRC) that means Muslims must prove they were original residents of India and not refugees from these three countries. Non-Muslims listed in the law, by contrast, have a clear path to citizenship.

In a statement, the global rights body said, “Prejudices embedded in the government of the ruling Hindu nationalist Bharatiya Janata Party (BJP) have infiltrated independent institutions, such as the police and the courts, empowering nationalist groups to threaten, harass, and attack religious minorities with impunity.”

“Instead of conducting a credible and impartial investigation, including into allegations that BJP leaders incited violence and police officials were complicit in attacks, the authorities have targeted activists and protest organizers. The authorities have lately responded to another mass protest, this time by farmers, by vilifying minority Sikh protesters and opening investigations into their alleged affiliation with separatist groups.”It stated.

On the ongoing farmers’ protests, the report asserted that the Government is not paying any attention to another mass protest and instead branding minority Sikh protestors as ‘separatists’. This shows that this regime is on a spree to target another religious minority in the Country.

“The BJP’s embrace of the Hindu majority at the expense of minorities has seeped into government institutions, undermining equal protection of the law without discrimination,” said Meenakshi Ganguly, South Asia director at Human Rights Watch. “The government has not only failed to protect Muslims and other minorities from attacks but is providing political patronage and cover for bigotry.”

The report further asserted that although people of all faiths protested against the Citizenship Act only Muslims are facing the repercussions for raising their voice against policies of the government. BJP leaders time and again attempted to brand protests as a ‘conspiracy’ to target ‘national interests’. BJP also tried to undermine the voice of Indian Muslims.

HRW report also mentioned the violent clashes between farmers and police which occurred during the tractor rally by farmers on January 26. It alleged that police filed baseless criminal cases against journalists, internet shutdowns and suspension of Twitter accounts of social activists/ influencers was done on government order in the city.

“Since Modi came to power in 2014, various legislative and other actions have been taken, legitimizing discrimination against religious minorities and enabling Hindu Nationalism”, said HRW report.

Quoting the Constitution, the reports reminded the government of its obligations to protect religious minorities. “These actions violate domestic law and India’s obligations under International Human Rights law that prohibits discrimination based on race, gender, religion and ethnicity. It also states that the government should provide equal protection of law to each of its citizens. The government is also obligated to conduct fair and full prosecution and investigation against those involved in Delhi pogrom.”