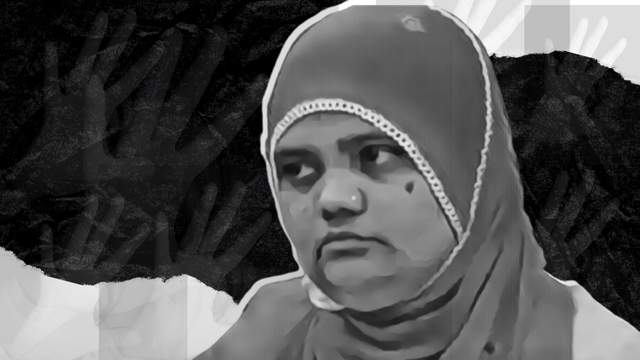 Bilkis Bano has moved an application in the top court expressing her dissatisfaction with the compliance of the Supreme Court’s order in connection with the provision of accommodation and job offer provided by the state government.

The Gujarat government on Monday informed the Supreme Court that it has complied with its order and paid Rs 50 Lakh and also provided a job to Bilkis Bano, who was gang-raped during the 2002 riots in the state.

The order had been passed by the SC in April 2019 in a case that was heard on and off, across various courts, for 17 odd years for a crime that had taken place on March 3, 2002, when Bilkis was 19 years old. When Bilkis, the mother of a 3-year-old girl, was pregnant with another child; when her daughter was snatched from her arms and pummelled to death; when Bilkis was raped 22 times, as noted by a bench headed by Chief Justice of India, Ranjan Gogoi, himself.

For six months, the government of Gujarat did not comply with the Supreme Court’s directive on the compensation to Bilkis Bano.

Solicitor General Tushar Mehta, appearing for the state government, contended before a bench headed by Chief Justice S.A. Bobde and Justices A.S. Bopanna and V. Ramasubramanian that, “this petition is misconceived.”

Bano, in the application through advocate Shobha Gupta, cited that the state government has not properly complied with the top court order. After a brief hearing in the matter, the bench said the court would hear the matter after one week.

Citing issues with the accommodation, Bano said the government has only given 50 square metre land, which is recorded as garden area zone and she has been offered a job of a peon in irrigation department on a contract basis.

The top court has also ordered the state government to give her a job and accommodation, as it turned down a plea by Gujarat government to reconsider its April 2019, order which made the same recommendations.

The Gujarat government had informed the top court that three guilty officials, who tried to tamper with evidence in the Bilkis gang-rape case, have been stripped of entire pension benefits, and an IPS officer demoted by two ranks. The Bombay High Court had upheld the life imprisonment of 11 persons accused in the Bilkis Bano gang-rape case.

82-year old Bilkis Bano, better known as the Shaheen Bagh ‘dadi’ has been named Person of the Year alongside Professor Ilhan Tohti by ‘The...