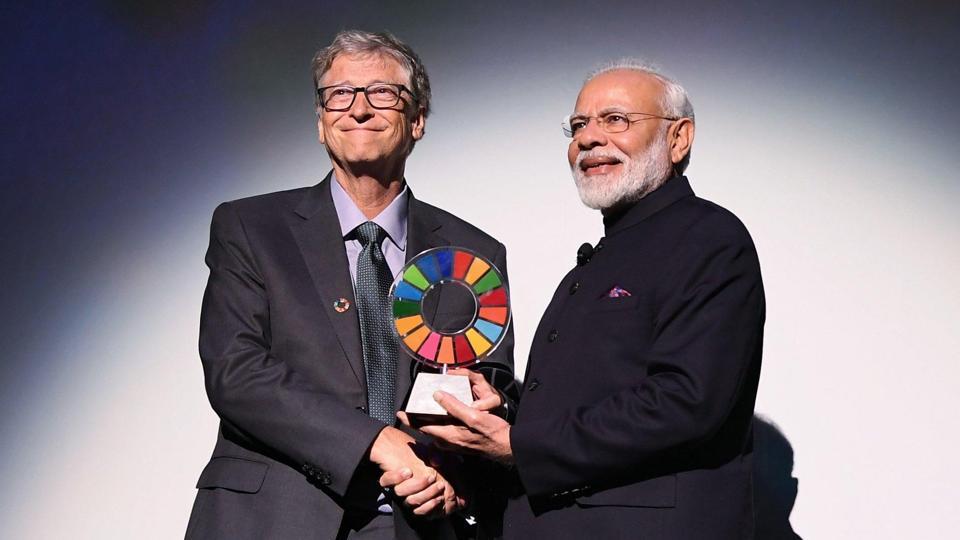 A staff member at the Bill and Melinda Gates Foundation resigned on Tuesday in protest against the organisation’s decision to give Narendra Modi the Global Goalkeeper Award, reported TRT World.

Modi was conferred with the award by the foundation on Wednesday for his government’s ‘Swachh Bharat’ campaign.

Sabah Hamid, a 42-year-old communications specialist, told TRT World that honouring Modi while he imposed a communications and movement lockdown in Kashmir was a grave error. “Since the foundation seemed set on its course of action to go ahead with the award – which as a private foundation it is entitled to – I could do just one thing: leave,” Hamid said.

The former employee has said that she took up the matter with her superiors, but “realised very quickly that this was a decision that would not be changed”.

Hamid, a Kashmiri, has been with the Gates Foundation for the last 3.5 years. “Being Kashmiri makes it personal. Eight million of my people have been under an undeclared curfew for 50 days now, with minimal access even to medical care, and there is a humanitarian crisis underway in the valley. The Modi led government has not only designed and implemented this crisis, their untruths and the complicity of a large part of the media means they are also trying to hijack the narrative. Being feted at large international gatherings, and winning awards plays right into that,” she said.

She, however, added that her decision was not only based on what happened in Kashmir. “…Not just because of the occupation in Kashmir, but for what the Modi regime is responsible for in India itself – the lynching of Dalits, Christians and Muslims, the NRC in Assam (and potentially elsewhere), the 2002 Gujarat pogrom – any of these even by itself should be the reason enough,” she told TRT World.

Hamid said she decided to quit because she would not have felt honest criticising the award and yet being paid by the foundation. “I had no choice but to protest, and it was the only honest way I could express by protest,” she added.

Ever since the foundation decided to award Modi for the Swachh Bharat Abhiyan, several public figures have opposed it, citing human rights violations against minorities in India and the security clampdown in Jammu and Kashmir.

An online petition seeking a revocation of the award has more than 100,000 signatures.

Two Hollywood actors who were supposed to be present at the ceremony – Jameela Jamil and Riz Ahmed – pulled out of the ceremony after the Indian government’s actions in Kashmir.

It referred to the Modi government’s actions in Jammu and Kashmir, highlighting the more-than-a-month-old curbs on movement and communications imposed on Kashmiris.

However, despite mounting criticism from across the world, the foundation stuck to its decision.