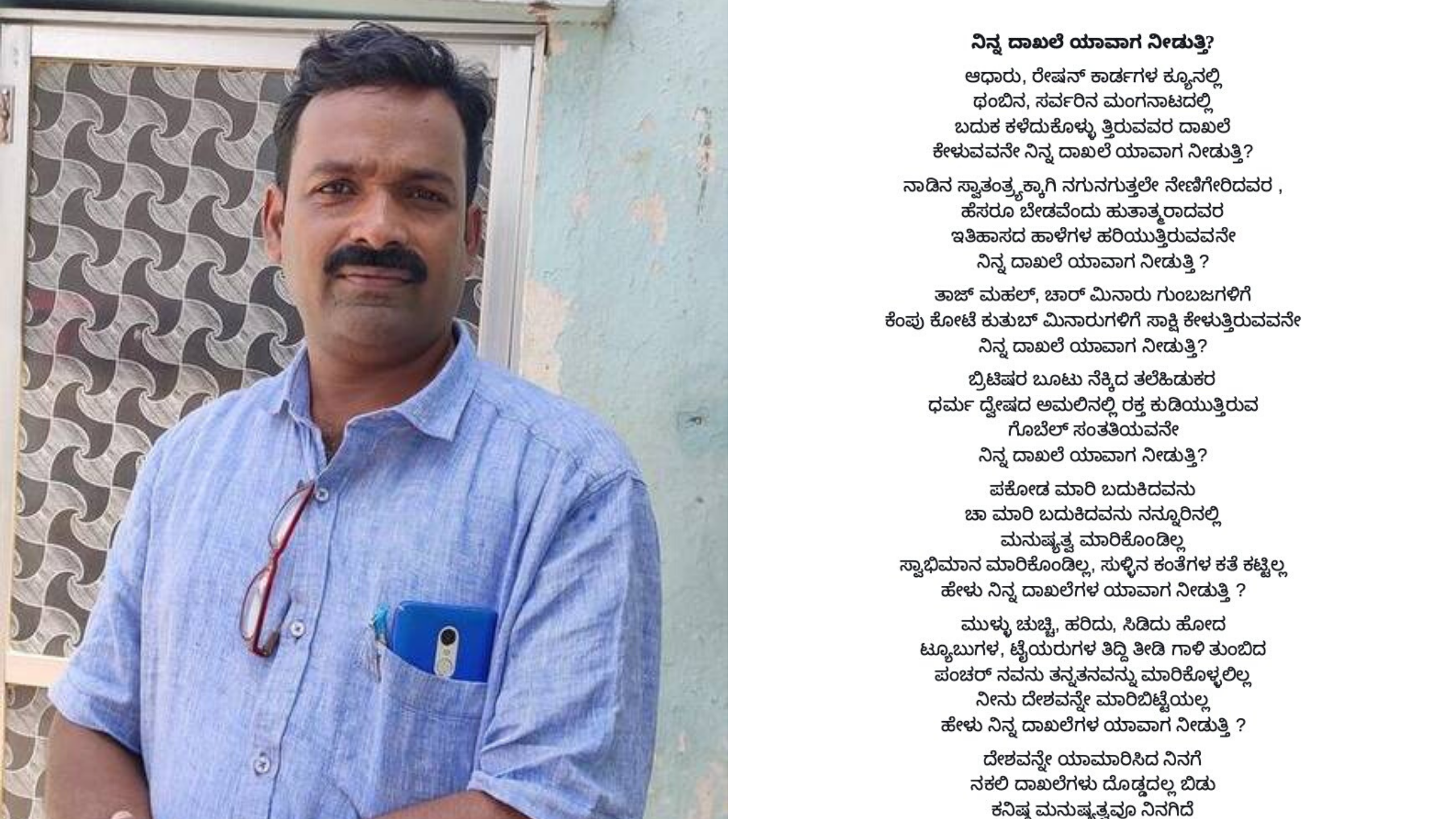 The Koppal BJP unit has filed a complaint against Kannada poet and writer Siraj Bisaralli after he recited a poem against the contentious Citizenship Amendment Act (CAA) and National Register of Citizens (NRC) at a poet meet during the Anegundi Utsav in the Gangavathi town of Koppal district, Karnataka. The party has alleged that it “insulted” Narendra Modi.

Bisaralli had read out one of his poems, “Ninna Dakhale Yaavaga Needutti” (When will you show your papers?), at the event, which imagines a point when Modi will furnish his documents for NRC.

After a video of this recitation was shared on social media by Rajabaxi H V, editor of Kannadanet.com, an online daily on Jan 14, local BJP workers filed a complaint against the two accusing them of misusing a government platform to criticise an Act passed by the Parliament. 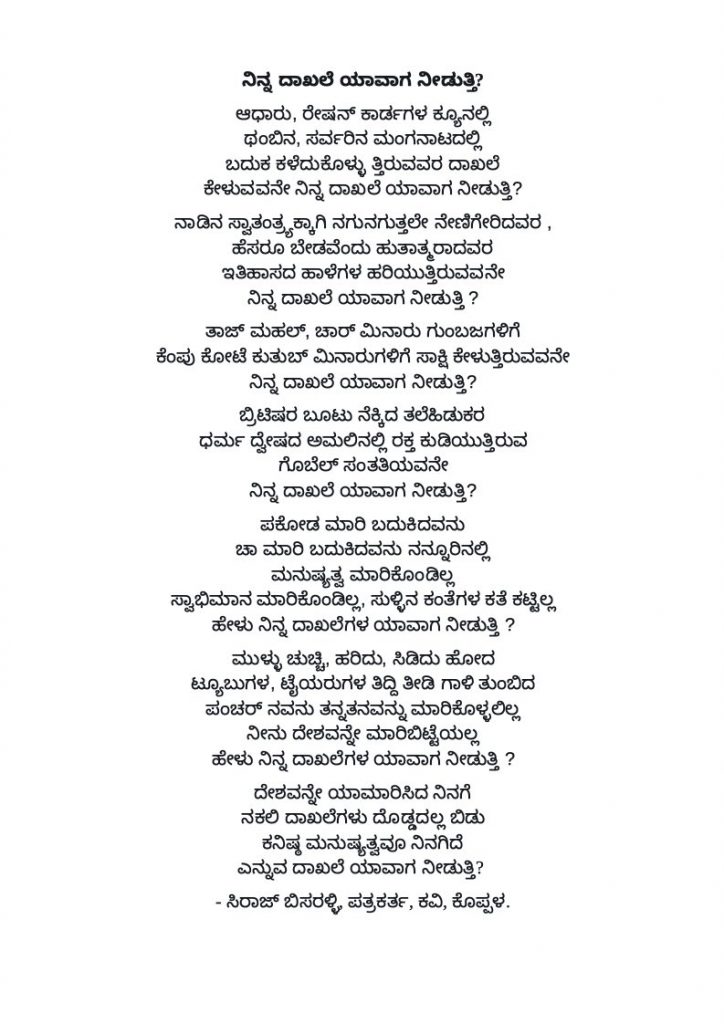 Following the complaint by the BJP, a first information report (FIR) against Siraj Bisaralli and Rajabaxi under Sections 504 and 505 of the Indian Penal Code was filed by the police. The sections pertain to “intentional insult with intent to provoke breach of peace” and “statements conducing to public mischief” respectively.

Condemning the BJP and police move, many progressive writers and activists have launched an online campaign supporting Bisaralli.

The Indian Cultural Forum condemns the subversion and intimidation tactics of the ruling government. In solidarity with the poet, we present the poem in four different languages.https://t.co/0ewBRSj72C

Basavaraj Sulibhavi, a publisher, has invited works from poets who have written poems against CAA and NRC. He plans to protest the FIR against Bisaralli by releasing an anthology of such poems.

The Cognate condemns the subversion and intimidation tactics of the ruling government. In solidarity with the poet and the publisher, we are carrying out the translation of the poem in English, as translated by The Indian Cultural Forum.

When will you show your Papers?

In the queue of Aadhar and ration cards
With thumb impressions and foolery of servers
They are losing their livelihood
You, asking their documents
When will you show your papers?

Hey you, tearing the pages of history
Of those who sacrificed their lives to free the nation
Of those martyred who wanted whose names went unknown
When will you show your papers

You, demanding the papers of the Taj
Of the Char Minar, of the Gumbaz
Of the Qutub Minar and of the Red Fort,
When will you show your papers

The pimps who boot-licked the British
Now drinking the intoxicated blood of religious hatred
You, the descendant of the Gobel,
When will you show your papers

Who pumped the thorn-pricked, burst tires
And brought them on roads,
Never sold his Self
But you, who sold the nation
When will you show your papers

For you, who deceived the countrymen,
Duping the papers is no big a deal
But, when will you show the papers
Of humanity in you, if at all there is.