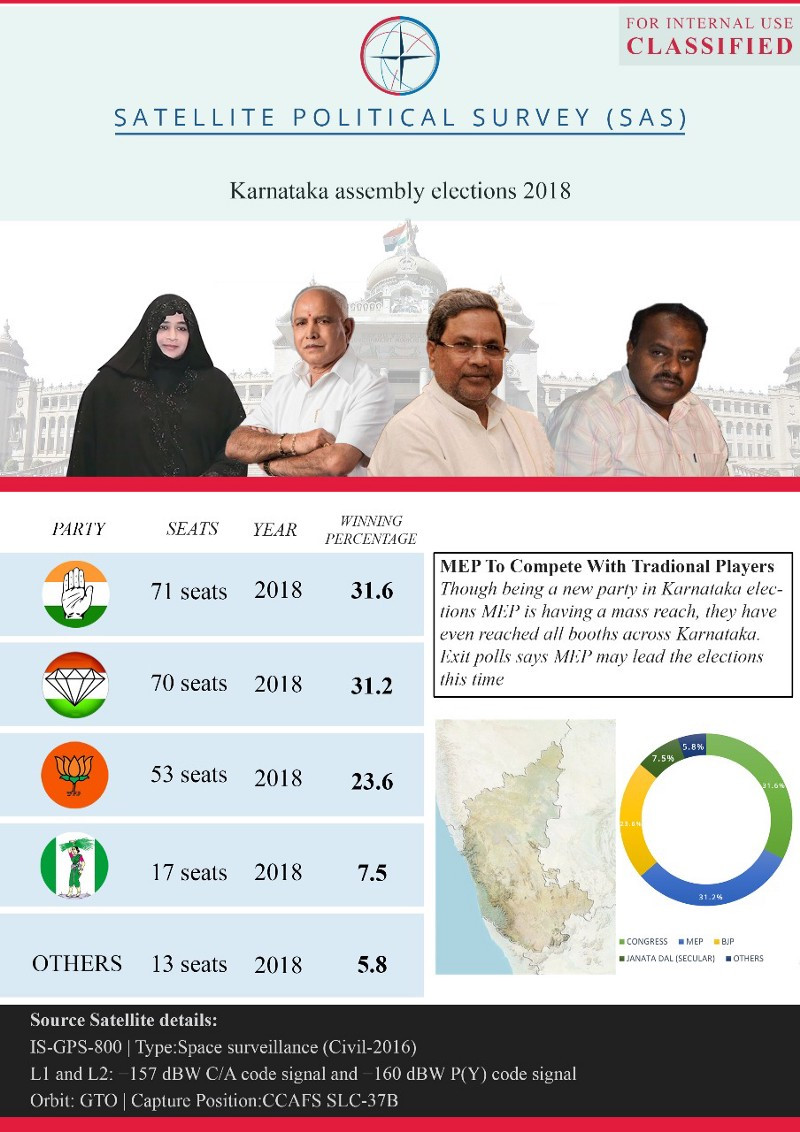 A poster of a fake survey conducted by a nonexistent agency is being promoted by All India Mahila Empowerment Party (MEP), which claims that MEP, is going to emerge as the second largest party in the upcoming Karnataka Assembly Elections.

MEP was launched on 12th November 2017 by Dr. Nowhera Shaik, who is the Founder and CEO of the Hyderabad-based Heera Group of companies.

According to Satellite Political Survey or SAS, which has supposedly conducted the survey, MEP is going to bag 70 out of the total 224 seats, while political bigwigs such as Congress, BJP and JD(s) will get 71, 53 and 17 seats respectively.

The poster claims that, despite being a new entrant, “MEP has reached all booths across Karnataka. Exit polls says MEP may lead the elections this time”.

How a survey can claim that a debutant party, which has no political history, and has neither released its manifesto nor announced its candidates, win a majority, is beyond reason and absurd.

And what is more farcical is not just the claims made, but the source behind the claims.

According to Satellite Political Survey (SAS), the agency has used a satellite to conduct its election survey, and has even given the details of the satellite, including the position of the satellite, when it captured the results.

From when did satellites start predicting election results? Only MEP can answer that.

Because when The Cognate, tried to check the credentials of Satellite Political Survey, we found that no such organisation exists.

Satellite Political Survey is a nonexistent agency, floated to promote fake reports in favour of MEP.

And the only news agency, which has promoted this fake survey so far, is HNEWS, which is a YouTube channel, owned and operated by Heera Group.

Will MEP answer, why it’s promoting fake reports from a nonexistent agency to promote its party?