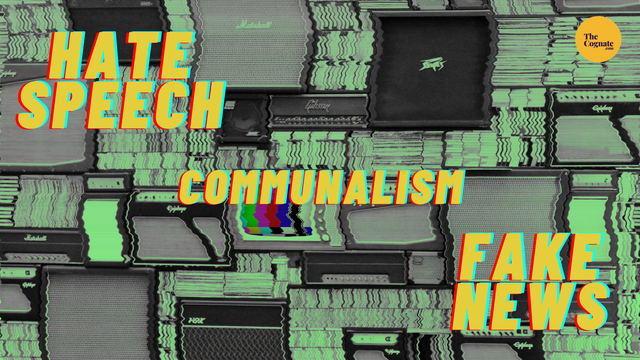 Amid row over the recent Tanishq advertisement, a plea has been moved in the Delhi High Court seeking to regulate news channels over broadcast and publishing of content based on communal disharmony and hate speech.

The plea filed by Advocate Asghar Khan also sought the creation of a mechanism to check communal contents of media houses.

The petition stated, “It can be clearly inferred from the advertisement that the purpose of the said advertisement was to showcase the spirit of unity and brotherhood among two religious groups. However, Sudarshan TV in its 8 pm show ‘Bindas Bol’ dated 12.10.2020 made its best attempts to incite hatred among the above said religious group.”

The plea further stated that an insidious attempt has been made to insinuate that the community is involved in a planned conspiracy to infiltrate the advertisement agency.

The plea said that the programme code under the Cable and Television Networks (Regulation) Rules stipulate that no programme should be carried which contains attacks on religions or communities or visuals or words contemptuous of religious groups or which promote communal attitudes.

This programme (of Sudarshan TV) violated the programme code enumerated under the Cable Television Networks (Regulation) Act 1995, together with the Code of Ethics and News Broadcasting Standards Regulations, it said.

“The drift, tenor and content of the episodes is to bring the community into public hatred,” the plea stated, urging the court to direct the Ministry of Information and Broadcasting, the Press Council of India and the News Broadcasters Association to ensure compliance with the salutary principles of the programme code.

“The episode constituted hate speech directed against a community, vilifying it by portraying it to be involved in an act of terror or, as it is labelled, ‘vigyapan jihad’,” the plea said.

The plea has sought the court’s directions to the authorities to form guidelines to include restrictions as envisaged under Article 19 of the Constitution of India and the orders of the apex court to ensure that the media does not abuse the freedom of speech and expression.

It also sought directions to the authorities to ensure that media houses report only facts and not opinions and be responsible for what they are publishing.

It has also prayed for the imposition of ‘gag order’ restraining the orator or author of hate or derogatory speeches made on the lines of religion from addressing the public anywhere within the country till the disposal of the criminal proceeding initiated against him.

The advertisement for Tanishq’s new collection called ‘Ekatvam’ showed a Muslim family organising a baby shower for their Hindu daughter-in-law. The Tanishq jewellery brand is a division of the Titan company, promoted by the Tata Group in collaboration with the Tamil Nadu Industrial Development Corporation.

The advertisement courted controversy after some sections on social media accused the brand of promoting ‘Love Jihad’ through the ad. Following criticism, the company withdrew it.