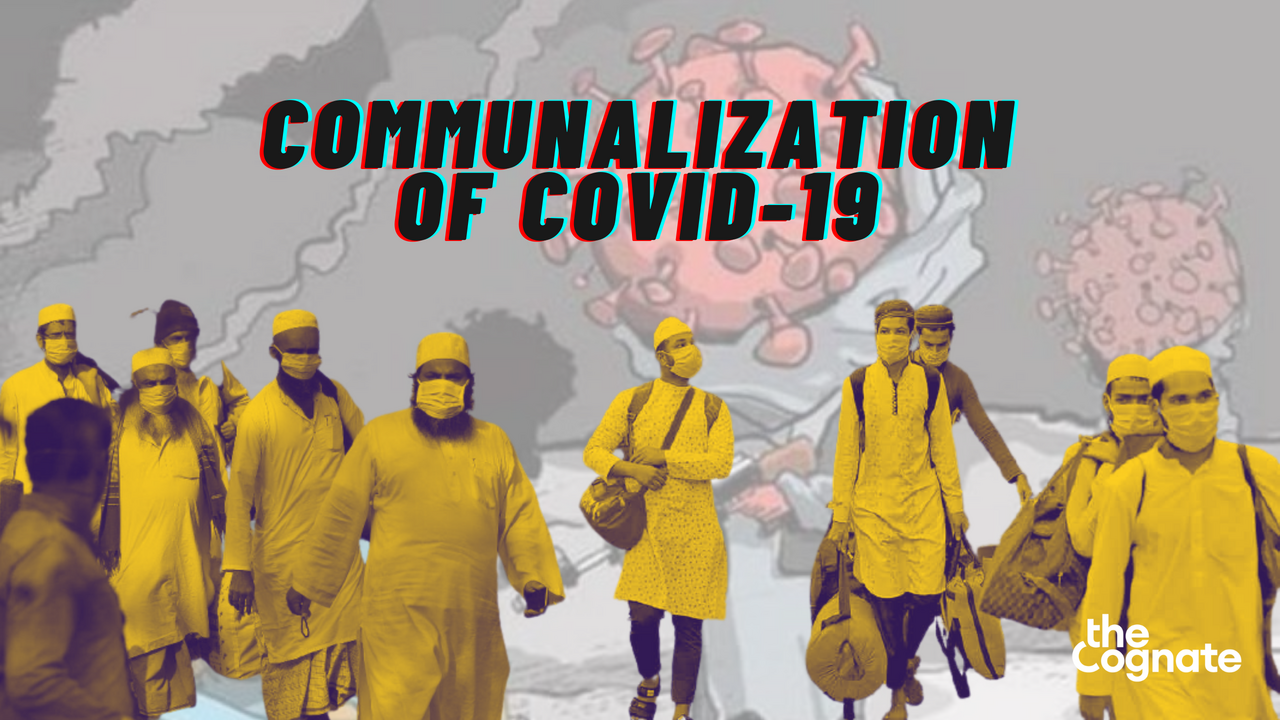 Bebaak Collective, an association of activists advocating the rights of Muslim women and the community, released a fact-finding report documenting the criminalisation and harassment faced by Muslims during the COVID-19 lockdown.

The report titled “Communalization of COVID-19: Experiences from the Frontline”, covering incidents from states across India attributed the discrimination based by the community to the communal seizure of institutions.

“The findings of the study lead to the conclusions that the synchronised working of the media, police, and state authorities, which reflect in the communal seizure of institutions, was the primary force that allowed for the discrimination, violence and exclusion faced by Muslims,” said the report, which was released on Thursday through a virtual press conference addressed by noted social activist and co-editor of Sabrang India Teesta Setalvad,  and historian Uma Chakravarti.

The report was carried out by Hasina Khan from Bebaak Collective, Khawla Zainab, and Umara Zainab, research scholars from Jawaharlal Nehru University.

Addressing the conference, Teesta Setalvad talked about the reach of social media and how it amplifies hate and contributes to stereotypes.

Commenting on a particular dimension of the report which talks about spatial injustice, she pointed out how constant riots in a particular community leads to their further ghettoization. And then these ghettos contribute to the process of otherisation, which can easily create stereotypes for the community.

She also said that institutional failure in tackling hate is not new. It has always been there and now it has multiplied and revealed. It was existing in the structure of the nation.
Talking about the role of media she stressed upon the importance of having regional channels with a mention to Kannada media. “It’s very important to have institutional safeguards to tackle hate speech”, she said. She highlighted the demarcation between hate and free speech with regard to invoking Article 19 of the Indian Constitution.

Historian Uma Chakravarti talked extensively about conditions in pre and post-partition India. She highlighted the incident of the assassination of Mahatma Gandhi and how it was the first moment of rupture in the social fabric of India.

She talked about the importance of the Shaheen Bagh Movement on India and the social structure. She talked about how in India, caste is the most primitive form of communalism which is used to discriminate a particular community.

She also pointed out how India is accustomed to violence and hatred now. She seemed positive while praising the efforts of the younger generation in fighting it and said that hope is alive.

The report has highlighted the historical pattern of ascribing blame of the origins and spread of disease to the perceived socio-cultural behaviour and beliefs of a disadvantaged group.

It said, “The Muslim community was already facing a situation of precarious citizenship given the prospect of disenfranchisement due to the combined working of CAA-NPR-NRC and the police and state violence meted out to Muslims during the movement against it. During the pandemic they were made the object of blame and social hatred, a perception which set in motion several incidents of hate crimes and discrimination, further eroding their rights as citizens”

The fact-finding report was based on the study of the impact of fake news and hate speech against Muslims following the Tablighi Jamaat incident, the report has documented that the vitriol on social media was reflected in the real-world experiences of Muslims as communal slurs and palpable hate defined interactions of Muslims in their neighbourhoods, communities and places of work.

The report revealed disturbing images of the discrimination faced by Muslim community during Pandemic and post Eastern Delhi pogrom.

It was also found that the designation of “containment zones” was experienced differently by Muslim dominated neighbourhoods in Bhopal, Delhi, Mumbai and Lucknow which saw increased police surveillance and limited access to medical care and in some cases disrupted access to essentials, indicating that Muslim neighbourhoods along with Muslim individuals were targeted during this time. Bearing Muslim identifiers had consequences on access to immediate relief. Muslim migrants hid their names, while others who didn’t were denied rations and the stereotype of Muslims as ‘virus carriers’ was used to stop donors from distributing relief materials.

Specifically talking about the educational opportunities of Muslims, the report stated that it was also severely affected. The report has documented a horrific instance of discrimination faced by a group of Muslim girls in obtaining school admission in Gujarat, in addition to the instance of classroom segregation that was reported from other places in the country.

The report also laid some recommendations, which were as follows:

The press conference was convened and moderated by Hasina Khan from Bebaak Collective. The report was reviewed and edited by Geeta Thatra, Sana Contractor, Peeti Mehra, Aarti Rege and Sakina Bohra.