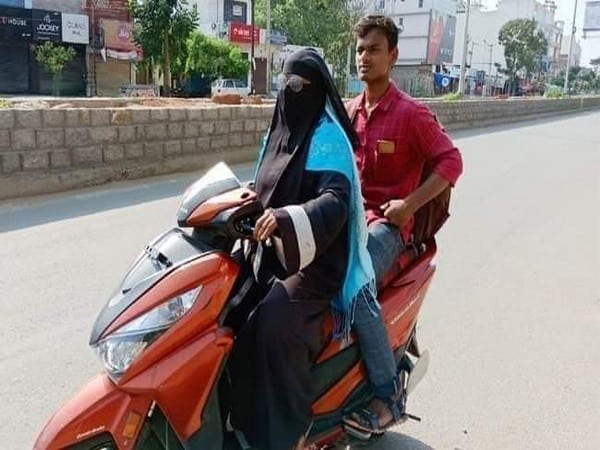 A 48-year-old burqa-clad mother from Nizamabad district in Telangana travelled nearly 1,400 kilometre on her scooter for over three days to bring her son back home after he got stuck in Andhra Pradesh’s Nellore due to the nationwide lockdown caused by the coronavirus.

Razia Begum, a headmistress at a primary school from Bodhan, Nizamabad said that her son Nizamuddin, a 12th standard student had gone to Nellore on March 12 to see his friends’ ailing father but was unable to return due to the lockdown and suspension of the transport facilities.

After taking permission from the local police, she set out on the journey on Monday morning. She rode solo on her scooter all the way to Nellore and returned with her son on Wednesday evening.

“It was a difficult journey on a small two-wheeler for a woman. But the determination to bring my son back overtook all my fears. I packed rotis and they kept me going. It was fearsome in the nights with no traffic movement and people on roads,” the courageous mother told news agency PTI.

Razia, who lost her husband 15 years ago, said she was stopped several times by the police on her way but was allowed to pass because of the official letter. “I travelled through the forests but had no fear as I wanted to bring my son back home,” she said.