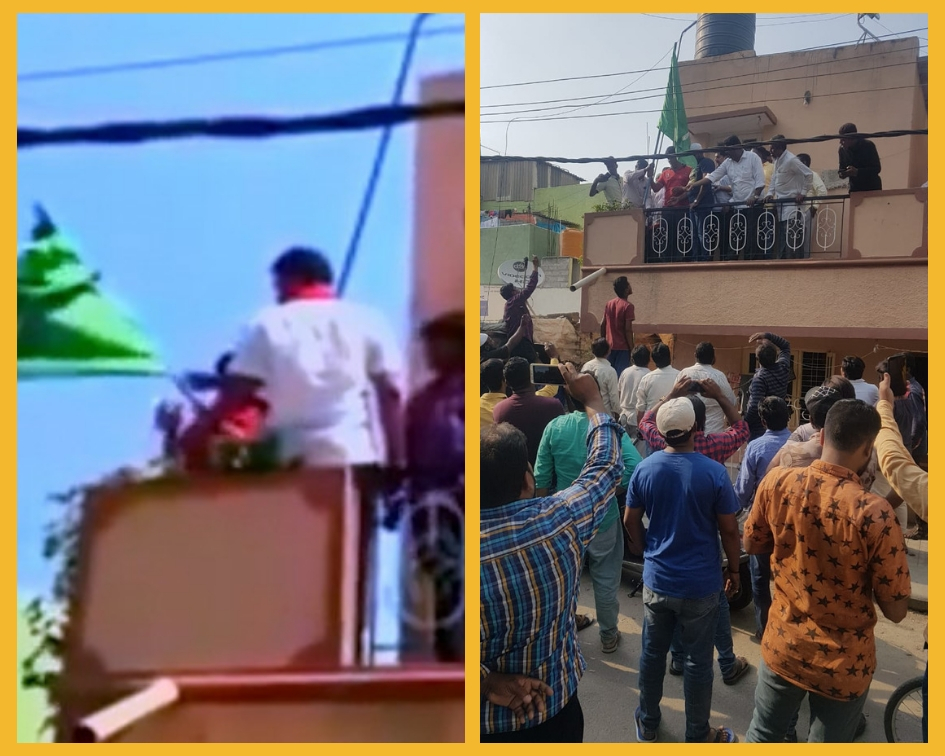 BJP workers in Bengaluru targeted a lone Muslim woman at her home in Bommanahalli, and forcefully removed a green flag from her apartment.

Reportedly, the men were campaigning for Tejasvi Surya, the party’s Bengaluru South candidate.

According to the video of the incident that has now gone viral on the internet, a group of BJP men are seen confronting the woman on her balcony and asking her to chant ‘Bharat Mata Ki Jai’. The men are seen removing the flag from the balcony of the woman’s residence, and deriding her for hoisting the flag, which they refer as ‘Pakistani’.

Although there is no religious justification behind it, but the colour green is often associated with the Islamic faith in the Indian subcontinent. Since the flag of Pakistan is also green in colour, the Hindu right wing, uses the colour to attack Muslims in India.

While it is not yet known if the woman has filed a complaint against the men for harassing her, however, in the subsequent videos released by Social Democratic Party of India (SDPI), its members are seen hoisting the flag back at the woman’s apartment in defiance to BJP’s intimidation.

In the videos, the Muslim woman who was harassed by BJP workers, is seen saying that, “They forcefully removed the flag and then asked me to chant ‘Bharat Mata Ki Jai’. I said I’ll chant it, only after you return the flag”.

This incident has occurred at a time when BJP candidates across India have resorted to communal vitriol against the Muslim community, as their campaign strategy.