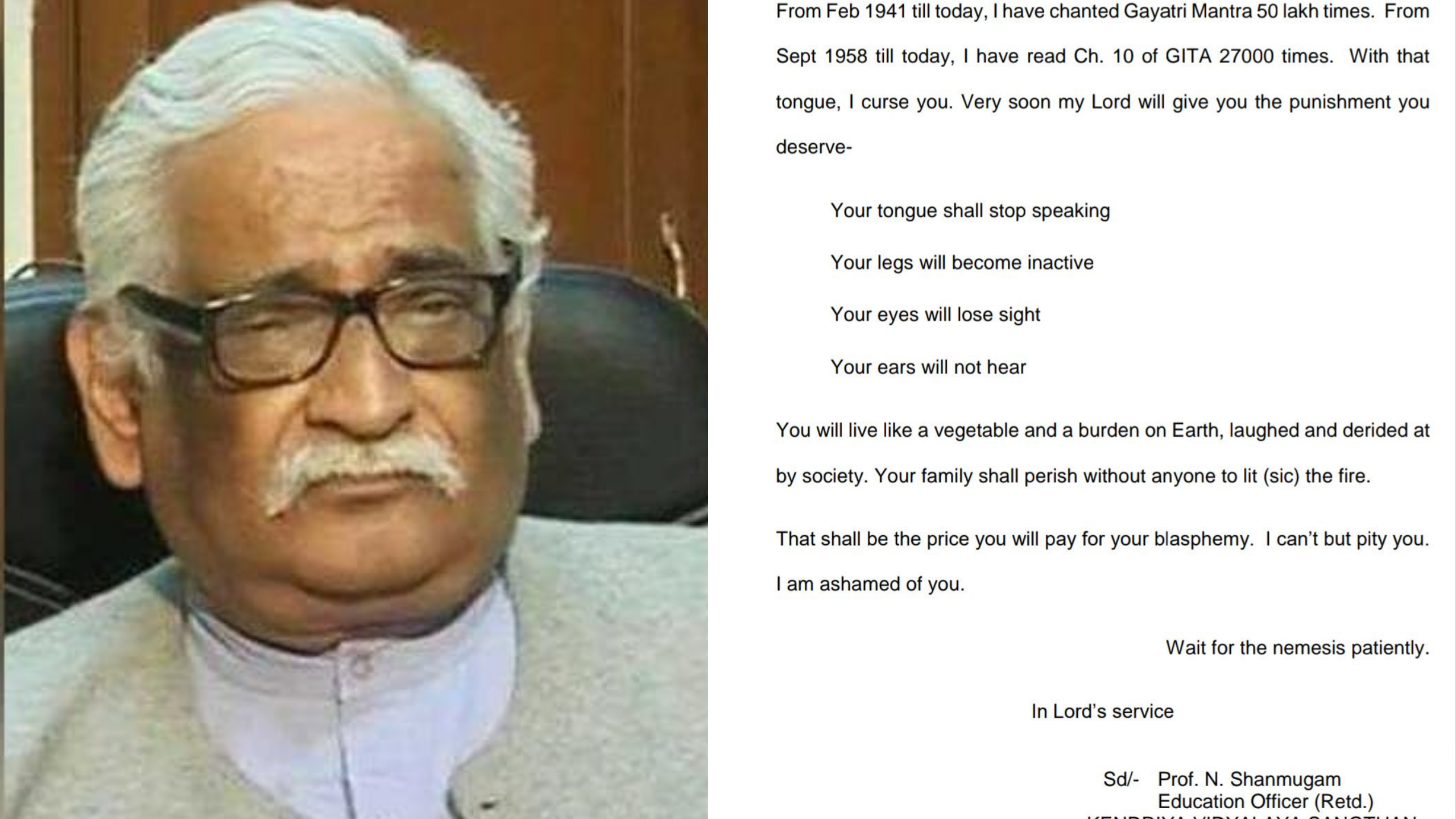 The Supreme Court on Tuesday issued a notice to two persons for threatening senior advocate Rajeev Dhavan for representing the Sunni Wakf Board in the Babri Masjid demolition case.

Dhavan had sought contempt proceedings to be initiated against retired government education officer N Shanmugam a man called Sanjay Kalal Bajrangi for threatening him for appearing for the Muslim parties in the Ram Janmabhoomi-Babri Masjid dispute case. The advocate represents lead petitioner M Siddiq and the All India Sunni Waqf Board in the ongoing Ayodhya hearings.

In his letter, dated August 14, 2019, 88-year-old Chennai-based Shanmugham had warned Dhavan that “Hindus will not forgive you”, for representing the Muslim party in the decades-long dispute.

“I am proud I am a Hindu – Not like you just sporting a Hindu name. Hindus won’t (illegible) you, Hindus will not forgive you for your present role. If you have a conscience, if you have recuse yourself immediately from (illegible) go back home and sit quietly ruling over your fate. Waiting for the lord’s judgement (sic)”, he warned.

He went on to write on writing that, “You will live like a vegetable and a burden on Earth, laughed and derided at by society. Your family shall perish without anyone to lit (sic) the fire (sic)”.

Dhavan also said a man called Sanjay Kalal Bajrangi had also been threatening him. He attached screenshots of WhatsApp messages sent by Bajrangi in his petition. Some of the messages Dhavan received from him said: “Vakeel Sahib, Please give your full support in getting a positive decision on Ram Mandir Matter”, “Please be with Hindu Society” and “The words of your final journey shall be chanted as Ram Nam Satya”.

“By sending the letter, the alleged contemnor has committed criminal contempt because he is intimidating a senior advocate who is appearing for a party/parties before this hon’ble court and discharging his duties as a senior advocate and he ought not to have sent such a letter and therefore the petitioner is constrained to file the present contempt petition before this Hon’ble Court,” Dhavan submitted in his petition

Dhavan said this was not the only instance of threats being made to him for appearing in the Ayodhya case.

“It needs to be mentioned that the petitioner has been accosted both at home and on the court premises with intimidating behaviour by several persons,” he said in his petition.

The dispute over the land has been going on for several decades, with both Hindu and Muslim groups claiming their right to it. A mediation effort by a court-appointed panel failed earlier this year, after which the Supreme Court began hearing the case on a daily basis.