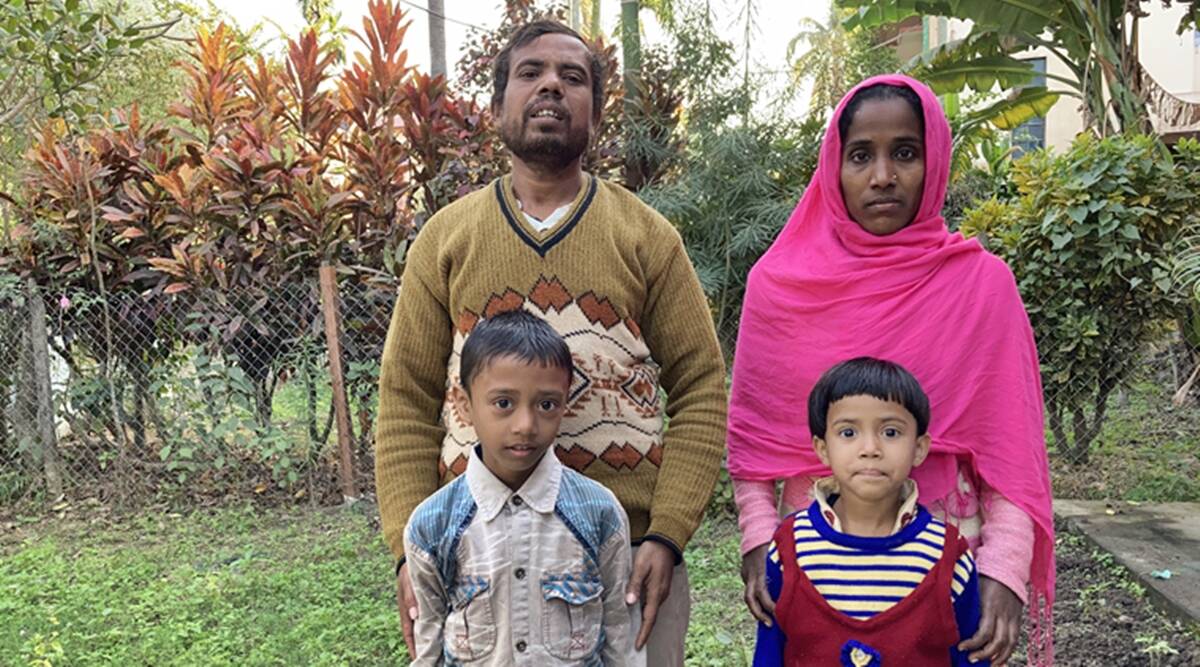 A Muslim family of four, held in a detention centre since June 2019 after being declared ‘illegal foreigners’ during the Assam National Register of Citizens exercise have been freed and granted citizenship after a foreigners tribunal found them as documented Indians in the re-trial.

According to The Indian Express, Mohammad Nur Hussain, 34, his wife Sahera Begum, 26, and their two minor children belong to Lawdong village in Assam’s Udalguri district.

Hussain was granted his citizenship on December 16 while his wife Sahera was declared Indian on Wednesday. The re-trial began in October after the Gauhati High Court quashed the tribunal orders.

Part of the ordeal that the family faced is attributed to their inability to afford a lawyer.

Hussain, a rickshaw puller, was quoted as saying, “We are both unlettered and were in no position to make sense of the documents or what we were supposed to do.”

“The lawyer told me that I would not be able to afford his fee and other expenses. He said I should consider fleeing Guwahati or else police might arrest me. But I told him, ‘Why should I flee? What wrong have I done?” said Hussain.

Despite official records mentioning the names of their grandparents and parents, the tribunal declared them non-documented people. Unable to hire a lawyer to appeal against the decision, the tribunal went for ex-parte and in June 2019 and the couple was sent to a detention centre in Goalpara set up specifically for such people. They took their children along because they had no one to look after them.

It was only after their relatives reached out to Aman Wadud, a Guwahati-based human rights lawyer that they got a chance to be heard at the High Court.

“Not everyone who is accused of being a ‘foreigner’ gets lawyers. Many Indian citizens are becoming stateless because they can’t even afford legal representation,” Wadud told The Indian Express.