Actress Sana Khan Quits Film Industry, Says Her Life's Purpose Is To Follow The Command Of The Creator
Advertisement https://pagead2.googlesyndication.com/pagead/js/adsbygoogle.js 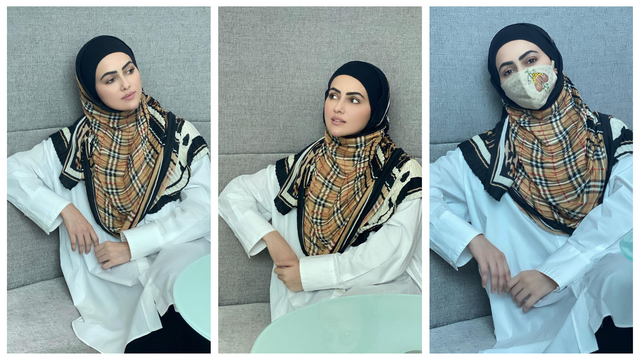 Former Bigg Boss contestant Sana Khan on Thursday announced that she has quit the film industry. Taking to Instagram, the actor shared that she now wants to “serve humanity and follow the orders of my Creator”. Sharing the note, Sana Khan wrote: “My happiest moment. May Allah help me and guide me in this journey.”

Sana shared the news via a long note, which she posted in Hindi, English and Urdu. Beginning her note with “In the name of Allah, the Most Gracious, the Most Merciful, ” and addressing her followers as “brothers and sisters”, the actor stated that she had been pondering over the real purpose of her existence.

“Is the real purpose of man’s coming into this world only to chase wealth and fame? Isn’t it a part of his/her duty to spend his/her life in the service of those who are needy and helpless? Shouldn’t a person think that he/she could die at any moment? And what will happen to him after he/she is no more? I have been searching for answers to these two questions for a long period of time, especially the second question as to what will happen to me after my death?,” Sana Khan wrote.

She then shared that she found answers to these in Islam, she realised that life in the world is actually for the betterment of life after death. Sana felt that it was better to follow the command of the Creator than to make wealth and fame one’s only goal. She added, “Therefore, I declare today that from today onwards, I have resolved to say goodbye to my Showbiz lifestyle forever and serve humanity and follow the orders of my Creator.”

Reacting to Sana Khan’s post, her friends and colleagues from the television industry wished her “love and joy.” TV actress Ridhi Dogra wrote: “Sana, my girl Wish you so much love and joy that you already carry within you as a person. Be blessed today and every day.” Actor-model Muzamil Ibrahim commented: “I wish you good fortune and great life ahead in whatever you chose to do. May Allah bless us and guide us all.”

Sana Khan has also removed pictures and videos of herself from her shoot diaries and trips from her social media account.

Sana is not the first actress to quit her five-year Bollywood career in order to pursue what she observed as a more meaningful cause. Last year, Dangal actress Zaira Wasim too quit Bollywood saying “I continued to work in an environment that consistently interfered with my Imaan, my relationship with my religion was threatened.”

Sana Khan started her career with commercials, made her acting debut from the Bollywood movie Yehi hai high society in 2005. She also acted in Jai ho and Wajah tum ho and has starred in several Tamil films. After making an appearance in the song “Billo Rani” in Halla Bol, the actor went on to participate in Bigg Boss 6. Quite a favourite in the house, Sana ended her journey as the second runner up. She was one of the ‘Halla Bol’ challengers in Bigg Boss 8, and has also made numerous appearances on the reality show as a guest. She was last seen playing a pivotal role in web series Special Ops. Sana is also an entrepreneur who deals with luxury skincare treatments and products.