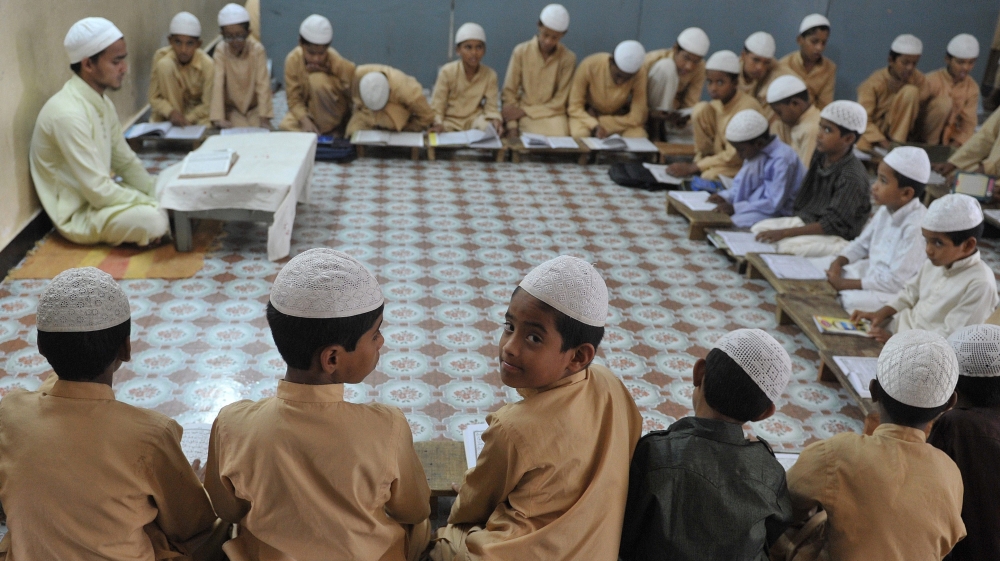 Madrasa teachers in Uttar Pradesh’s Pilibhit carried out a day-long protest on Monday against non-payment of full salaries by the Central government for the past 43 months. Hired under the BJP-led centre government’s scheme for modernization of madrassas – Scheme to Provide Quality Education in Madrassas (SPQEM), more than 21,000 madrassa teachers in UP have not received their salaries, Times of India has reported.

SPQEM comes under the Ministry of Human Resource Development (HRD) and aims to provide “modern, quality education” in every madrasa across India. Under the scheme, people with graduation or post-graduation degrees were hired to teach math, science, English and computers in madrasas. Reportedly, more than 50,000 teachers in 16 states, including UP, Uttarakhand, Madhya Pradesh and Jharkhand, had registered under the programme.

However, the teachers posted in madrasas across UP have been deprived of salaries since 2016.

According to the Islamic Modernization Teachers Association, Pilibhit district has 89 madrassas in which 227 teachers are engaged to teach Hindi, English, Science and Mathematics. These teachers are to be paid a monthly salary of Rs. 15,000, of which the Centre has to pay Rs. 12,000 and the state government Rs. 3,000.

“These teachers have been deprived of the central share of their salary for the last 43 months despite repeated requests to government authorities through various channels,” the association’s district president Farhat Khan was quoted as saying by TOI.

The protesting teachers have handed over a 16-point memorandum of their demands to city magistrate Ritu Punia, that was addressed to chief minister Yogi Adityanath.

The teachers have demanded free uniforms and midday meals for students of recognized madrassas on the lines of government-run schools. They have also demanded timely allotment of NCERT for madrassa students, issuance of income certificates of their respective families by village panchayats instead of tehsil offices for expediting the matter of students’ scholarships, installation of handpumps in madrassas as well as toilets in the common interest and welfare of the students.

The deprivation of their salaries and these basic amenities to madrassa students amounted to discrimination, the teachers said.